The 8 Best Things to Do in Zanzibar City, Tanzania 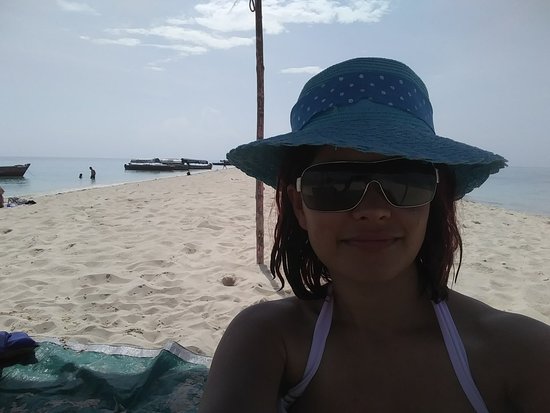 Organized a boat to nakupenda just outside the Tenno House Hotel on the beach in Stone Town. Two hour trip negotiated for 50,000 tsh
I wasn’t sure what time to visit given low tide was around midday today and high tide around 630am. I got there at 9am and was the first boat to arrive. Had the sandbank to myself for the first 30min which led to some magical shots. From what I’ve seen - it looks far busier around midday when the tours all come in
The sandbank itself is pretty amazing - and suggest for those staying in stone town to go off peak with arrangements with a boat easy to negotiate 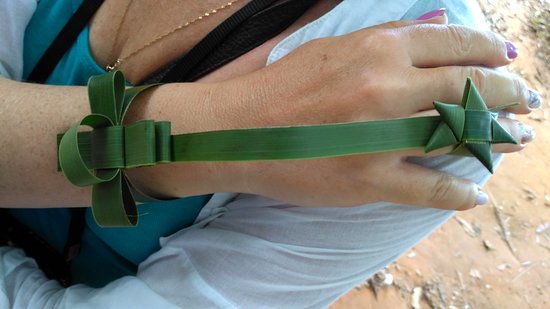 Tangawizi spicefarm is a community farm in the country side (Dole Village) out side stone town which grows a wide range of spices. It's a demonstration farm and we offer the following services: 1. Spice Tour 2. Spice Meals 3. Henna Painting 4. Selling Spices both Offline and Online

We made a day trip to Stone Town plus spice farm.
At Tangawizi we met our guide who was very friendly. His English was surprisingly good.
The tour through the plantation and Gardens was nice and interesting. The guide made it somehow interactive by asking us many questions which was fun. There were the usual little add-ons like local children making little baskets and crowns out of leaves and flowers and a local climbing on a coconut tree to collect coconuts. At the end we were offered a tasting of natural fruits but refused as to the rule boil it peel it or leave it.
The staff tried to sell nicely presented packets of spices and perfumes but it's definitely cheaper to buy from the market in Stone Town. This is part of the ‘slave chambers exhibit’. Having paid for your entrance to the slave chambers section, you get an opportunity to go inside this Cathedral which has an interesting history relating to the slave trade. As with most old structures like these, the architecture is worth a look and the stained glass is also beautiful. A guide is useful. 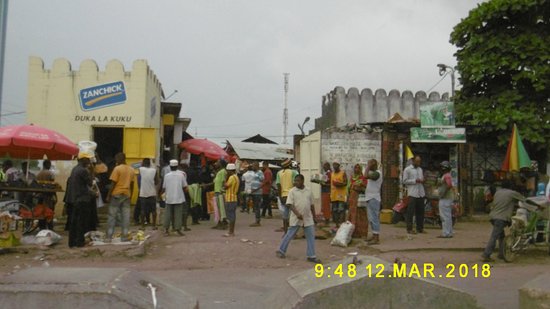 But getting lost is a good way to stumble upon interesting sites! And there is always someone who will walk you back to your hotel(for a small tip, of course). No cars, but bikes & motorcycles can make the stroll hazardous. The beautiful doors are fascinating and small shops abound. The entire old part of the town is a UNESCO World Heritage Site and very charming! 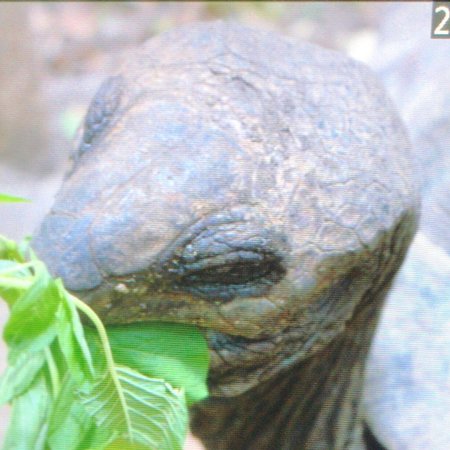 You don't need long to explore the island. its basically a hotel, but there are some super cute tortoises. worth a visit for an hour or so. no longer than that The Market was full of energetic consumers and entrepreneurs displaying their fruits, vegetables, grains, fish and even technology. People were busy buying their daily provisions. Large bags of fish were even delivered to the market on the back of motor bikes. 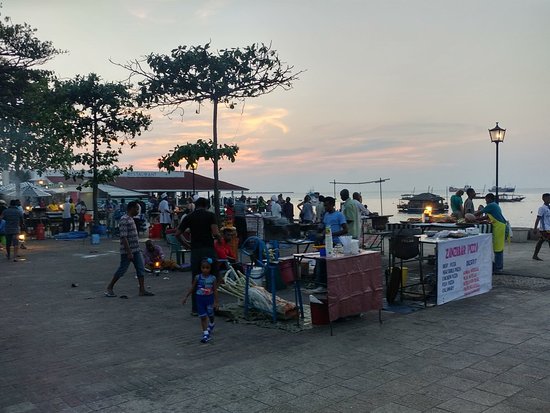 We strolled thru the park & enjoyed looking at all the food offerings, but decided that our stomachs might not favor this dining option. Skewers of meats, fish etc. are on display and smell & look delicious. Interesting to see but we chose to dine elsewhere... The DCMA is proud to be the guardians of a living cultural heritage and proud to preserve and promote the musical heritage of Zanzibar and the Dhow Countries. In training the students it ensures the continuation, knowledge, and legacy of a unique musical cultural heritage.

A magic place, full of music, directly at the seafront! It‘s a great atmosphere in this Old Customers house. Here you are in the epi-center of traditional Zanzibarian (= taarab-)music! Every monday and thursday there are Concerts with entertaining taarab-music, brillant singers and musicians! On sundays you can listen to afro-kabiza-concerts on the 2nd floor, with Afro-jazz-pop-mixtures, sometimes charming spontaneous and surprising! Or you can book ngoma-(= drumming) workshops with the ngoma-legend Mzee Kheri. Very kind staff in the DCMA-office (1rst floor), who offers a small but nice collection of CDs with african music, and - T-Shirts with the portrait of the taarab-legend Siti Bint Saad. It‘s always worth to drop in!