The 5 Best Things to Do in Avanos, Turkey

although it was very crowded here, i took a moment to enjoy the beauty of the nature and closed my ears & eyes while i opened my heart and soul. 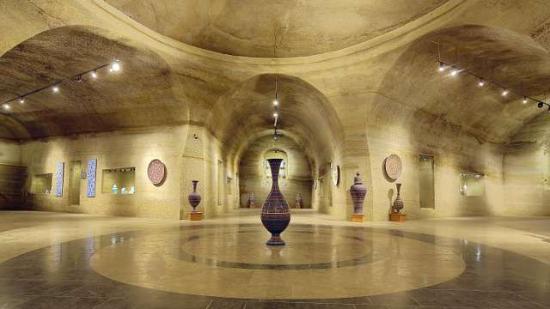 The first and unique underground ceramic museum in the world.

We came across this by accident and was just so impressed. The museum is a private one however they do hold historical artefacts loaned by the government under tight controls. The museum itself is underground and so beautifully laid out and only 10TL to enter. The ceramic shop is massive with many of the items made on sight. Yes they are there to sell you something but please make the effort to go around, it is worth it. You will be amazed at the size and pure volume of unusual goods to buy. Awe struck with the art work. Master Galip is an down to earth Usta. He just threw a small pot on the floor which didn't break and didn't break even when i stood on it. The guide explained the art work and showed the various works by the master and his family and the students. Couldn't resist buying an original master piece. We went to the top-rated pottery place on here... Only to be told 'its bayram, we want to sell what we've got before letting people try out the potters wheel'! Really disappointed... We were so happy to find Bezirhane... A guy and his young son (when not at school) run the place. He gave me and my husband each pottery lessons on the wheel, and helped us create lovely vases which we took home with us. When we asked the cost he said 'whatever you think' so instead we bought some vases and a bowl from his showroom downstairs for 12 quid! Very enjoyable, highly recommended. 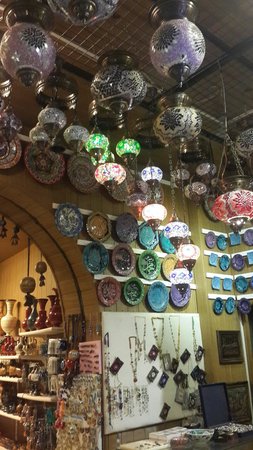 I just returned from a visit to Cappadocia in central Anatolia and enjoyed exploring Avanos, a small town straddling the Kızılırmak (Red River), Turkey's longest river. For centuries, locals have dredged the silt from this river, which supplies a great amount of red clay, and used it for the production of earthenware pottery. Using traditional methods, spinning pottery wheels, the town has become famous for it's beautiful pottery, skillfully hand-painted and glazed. There are pottery shops everywhere and competition is fierce.
I highly recommend OtantikShop. Unlike many other shops, here there is no pressure to buy, there is no hounding, no haggling. Instead, OtantikShop offers thoughtful assistance and pleasant service. The prices are very fair, geared for the Turkish pocket rather than inflated for tourists. They offer a wide selection, carefully organized according to type and theme. I bought gorgeous ceramics here, with unique designs I did not find elsewhere.
I am very happy with my purchases and look forward to shopping here again!
Thank you OtantikShop!
Highly recommended!