The 10 Best Things to Do in Wigtown, United Kingdom (UK)

Wigtown (Scottish Gaelic: Baile na h-Ùige) is a town and former royal burgh in Wigtownshire, of which it is the county town, within the Dumfries and Galloway region in Scotland. It lies east of Stranraer and south of Newton Stewart. It is well known today as "Scotland's National Book Town" with a high concentration of second-hand book shops. It has a population of about 1,000.
Restaurants in Wigtown 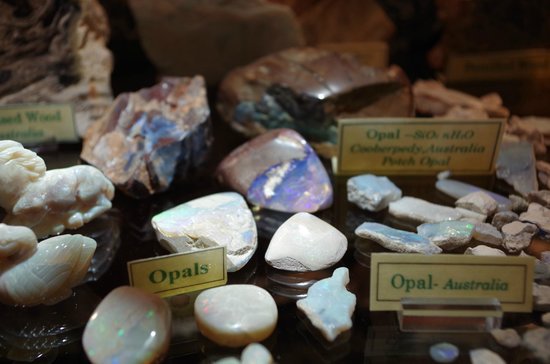 An 'oldy worldly' museum with some incredibly passionate and knowledge staff. The gems themselves are impressive and the 'cave' display is fun but thought it would really benefit from some more displays on the geological explanation behind how these are made. The explanations are there but they aren't as accessible as they might be from a more modern display. That said, your knowledge gap can be closed by just chatting to the staff. The quiz for the kids was good and the prize of a small stone or dinosaur bone was superb (highlight for the kids).
A note is that the shop is superb, arguably better than the museum. Some great bargains as well as impressive decorative mineral art. 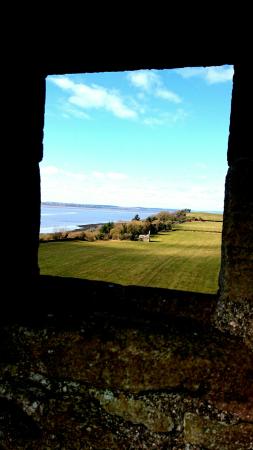 Came to visit the castle and found a Smokehouse/Bistro as you entered. What lovely combination.
Great views across to Wigtown Bay and Wigtown. the castle dates back to the 1400s. You can still see outlines of where the out buildings would have been. Built with storage on the ground floor with e hall on the first floor and probably 2 bedrooms on the 2nd floor. Very compact castle.
Free entry.
What was so nice was the Smokehouse. Never would have expected both in such a close proximity of each other
Worth seeing both. 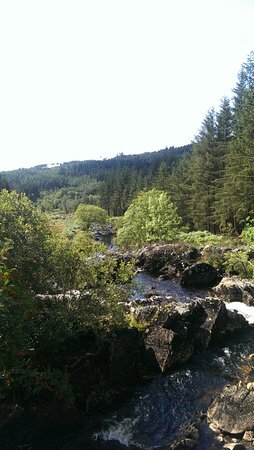 We (including our two dogs) thoroughly enjoyed our time spent here. There's a range of walks and cycle paths for all levels of fitness and the scenery is breathtaking. We stopped off at the visitor's centre for coffee and a piece of apple shortcake, which was devine, after our walk. We really enjoyed the experience. 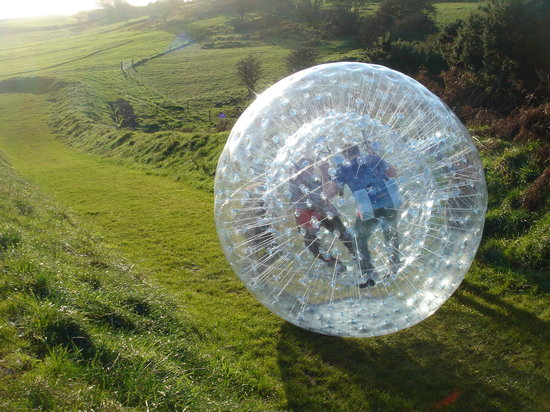 Laggan Outdoor offer indoor and outdoor adventure activities for all the family. We offer something for everyone be it one of Europes longest Zip wires or Archery, Grass Sledging and Jeep driving, to the more extreme Mountain Balling, Mountain Boarding, Segway tours or Clay Pigeon Shooting. We're open all year round, but please do book in advance to avoid disappointment.

What a place to arrive to! What a view outside our snug! A very enjoyable experience.
The solway Coast was spectacular; the Laggan Outdoor activity centre a fantastic place to explore with lots on offer; the Base Camp Cafe food was delicious & our sea view snug.... amazing!! Built to such a high standard, we had such a relaxing stay and would encourage everyone to come stay here. 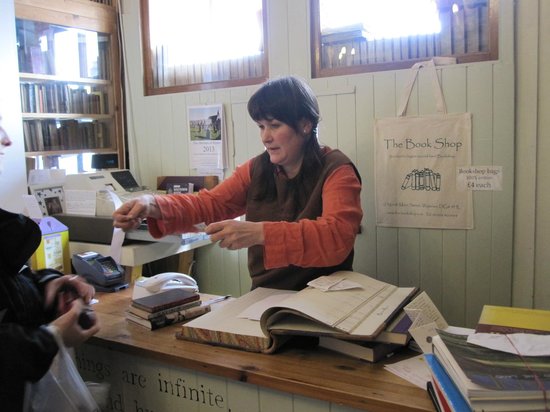 Visited this place simply out of interest and it was quite amazing just how many books there were! The shop is in an old house that just has room after room at each turning with books on just about everything you could imagine. Not a lot else going on in Wigtown, but worth a visit if you are in the area. 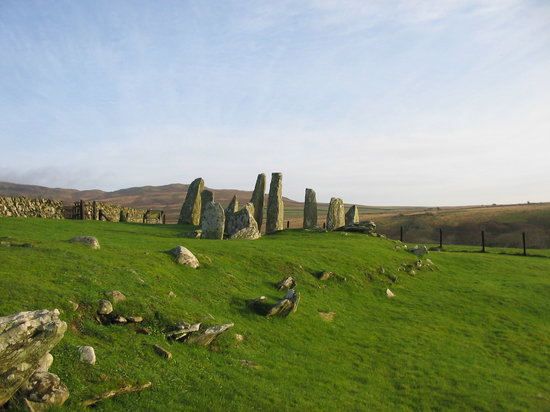 These ancient sites were constructed with amazing accuracy and are remote enough to remain reasonably well preserved. Their position aligns very specifically with features of the landscape and positions of the Sun and stars at various significant times of the year. It must have taken long observation and marking out over several seasons for our ancestors to arrange these stones so that they served as an accurate calendar which usefully predicts the changing seasons at a time when the changing day lengths would have seemed
We can only speculate how such sites were used, and the cliche "possibly ritual" is a cop out that limits our speculation.
The stones feature marks which align with shadows cast by the other stones. We met Joseph, a regular visitor to the stones (most days apparently) recording the position of the sun and shadows, to test hypotheses by observation. He was able to point out features we hadn't noticed and engage in lively speculation about how the great accuracy could have been so achieved.
These two monuments (and a less documented group of stones nearby) are essential viewing for those with antiquarian interests. Car parking is possible right by the sites but better at the foot of the hill, by the old bridge, better to enjoy the walk up, noticing the features of the landscape and enjoying the river and trees. 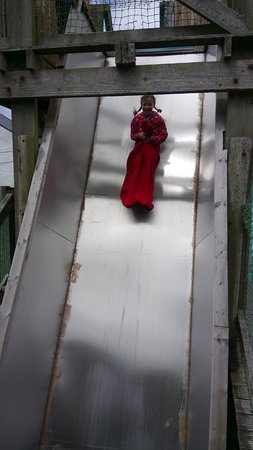 Deliciously good fun for all. Taste our range of luxury dairy ice creams and dairy-free sorbets, visit our organic farm and explore the nature trails to see beautiful scenery and wildlife. There's action and adventure with our adrenaline pumping slides, pedal karts, Go Boing - our fabulously bouncy nets, our unique woodland adventure playground and indoor play areas.You can explore the nature trails, do some wildlife spotting in our hide or take part in one of our special wildlife events. There's a designated dog walk where your canine friends can run free and walkers with dogs under control are welcome on the green or purple waymarked nature trails. There are events taking place every day we're open at Cream o' Galloway and lots of special events that run at particular times of the year, such as Meet the Lambs in Spring or Ready Steady Freeze in Summer where you get to make your own ice cream from scratch. Our most popular events are the Farm & Creamery Tour and the Ice Cream Tasting Experience which are available each day we are open. Open daily from end of March to October.

On arrival we were told that the adults could supervise without cost and that we would have to pay for the child, which was fine.
But discovered after paying that you only needed to pay if you wanted to use the zip slide, the drop slide and the go carts. Then to pay extra for crazy golf... think the pricing structure needs to be looked at and the disorganised description of paying clearly and concisely described.
The play area was good and we all had an enjoyable time.
Lunch was a disappointment. We walked in to the cafe to be told to take a seat. Which we did to discover we still had to go up to the till to order. The food was disappointing.
We had a snack box for the child which consisted of a small roll that was definitely not fresh. The adults chose a hot dog and the cheese and tomato quiche.
The hotdogs were poor containing two plain beef sausages smothered in a yellow orange coloured substance... definitely not cheese unless it was cheep fondue style stuff. The cheese and tomato quiche wasn’t any better as it lacked cheese.
The biggest disappointment was the ice cream. The woman server was not customer friendly as she was grumpy when given more than one order of ice cream at a time.
I asked for vanilla but don’t think the scoop was cleaned as I had a salted caramel style taste throughout.
Definitely won’t be back in a hurry. 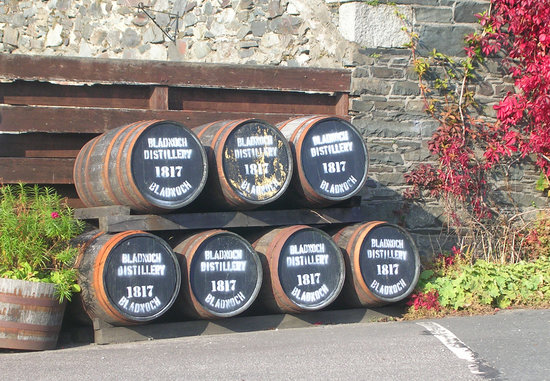 Scotland's most southerly distillery. Currently closed to visitors and distillery tours whilst an extensive distillery refurbishment is underway. Distillery shop only open weekdays with limited stock supplies until new malt releases later on in 2016.

Hopefully it will shortly be in new ownership.
So nice to see it still in business.
Well worth a visit if you are in the area and a great dram.
Also there is a good distillery shop.
Currently open Mon - Friday
Looking forward to tasting the new spirit.

Fantastic! A great visit if you've got an hour to spare! I loved the collection and I will definitely visit again. 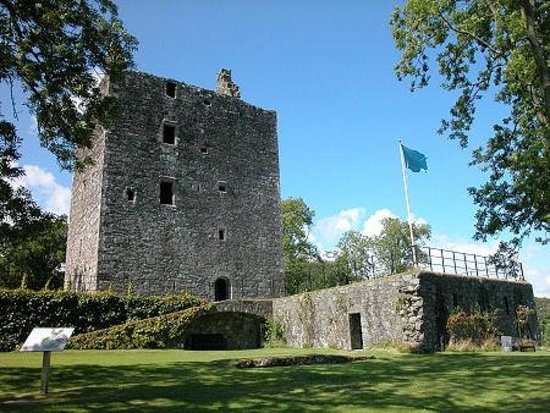 A fine example of a Scottish tower-house castle, Cardoness Castle was built in the later 15th century as the fortified residence of the McCullochs. Cardoness Castle is a well-preserved ruin where you can admire the exquisite architectural detail of this still magnificent structure, including the splendid fireplace and wall-cupboard where the family's best silverware was displayed, touch the intricate stone carvings and soak up the superb views over the beautiful Fleet Bay to the Solway Firth beyond. Open summer only

Cardoness is an interesting tower house, not least because it was built by my ancestors, the McCullochs. It is nicely and simply marked throughout the castle, and as others have noted, the view from the top of the tower stairs is spectacular. The visitor center, where you enter the grounds, have some nice explanatory signs about the house and the family. Well done. Expect to stay about an hour.