The 10 Best Things to Do in Visoko, Bosnia and Herzegovina

Visoko (Bosnian pronunciation: [ʋǐsɔkɔː]) is a city and municipality in central Bosnia and Herzegovina of rich historical heritage. It was an early centre of the Bosnian medieval state, and the site where the first Bosnian king Tvrtko I was crowned. Located between Zenica and Sarajevo, Visoko lies on the Bosna river where the river Fojnica merges into it. The municipality is organized into 25 local communities. The municipality is administered by the Zenica-Doboj Canton of the Federation, and it is second largest town in the Canton.
Restaurants in Visoko 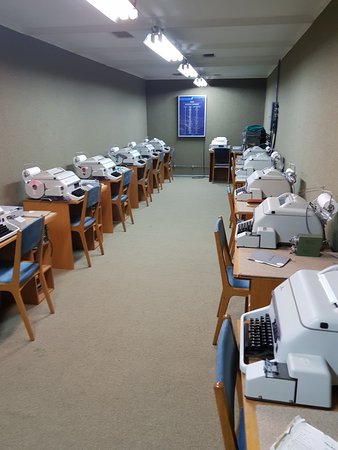 Experience unforgettable rafting adventure! Enjoy beautiful Little and the Big canyon of untouchable natural sites and scenes that are not visible from the road, as well as four adrenaline rapids which are arranged so that each is more adventurous than the previous one. The greatest place for fun! Go an adventure, do rafting on Neretva river!

It was an amazing place to celebrate my bachelor party. Sanjin and his crew were so helpful with everything! Best agency in Bosnia that’s open for any activity :)Thank you for the nice words, we are very glad that you had great time and we will definitely expect you again in our town. Best regards from the entire Visit Konjic team! 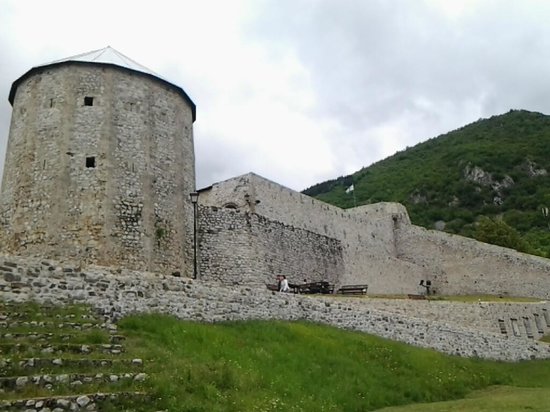 Travnik's largely Ottoman fortress is similar to others in the country but well maintained with many intact buildings, mosque, ethnographic museum with some interesting displays of local traditional life and culture, and a nice craft centre with locals making and selling traditional crafts, including woven goods and pottery. It has great views of the town and valley. 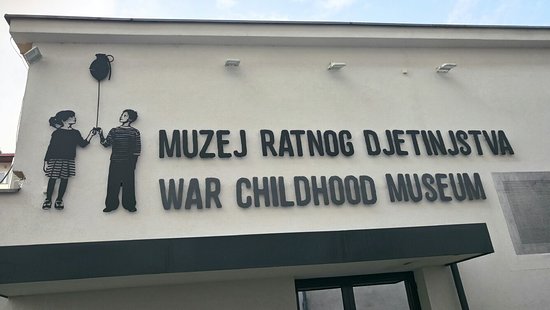 The War Childhood Museum opened in Sarajevo in January 2017. The Museum‘s collection contains a number of personal belongings, stories, audio and video testimonies, photographs, letters, drawings and other documents offering valuable insight into the unique experience of growing up in wartime. The 2018 Council of Europe Museum Prize – one of the most prestigious awards in the museum industry – has been awarded to the War Childhood Museum under the European Museum of the Year scheme.

Reviewed By Brandyshire - Portland, OR

This new museum is a must. Dedicated to showing how children survive during wartime, the exhibit contains toys, clothing, and written memories from children who lived through the Bosnian conflict of the 1990's. Although there are some happy memories, be prepared to be heartbroken. 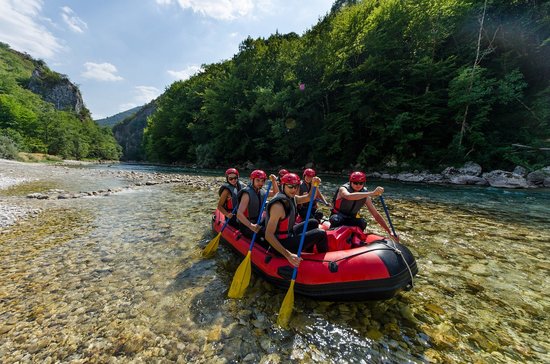 Experience an unforgettable rafting adventure! - Feel the adrenaline in white water rapids. - See the beautiful scenery of the Neretva river, as it carved through a deep rock valley. - Treat yourself with a barbeque. - Have some fun. Go Rafting on the Neretva!

I would strongly recommend Sanel and his team. We had such a great time on the river! Everything was lovely- breakfast (omelette), lunch (cevapi in somun with veggies) and the rafting itself. The team was professional and friendly, and willing to answer all my questions! Also, Neretva is gorgeous and its canyon is just amazing! 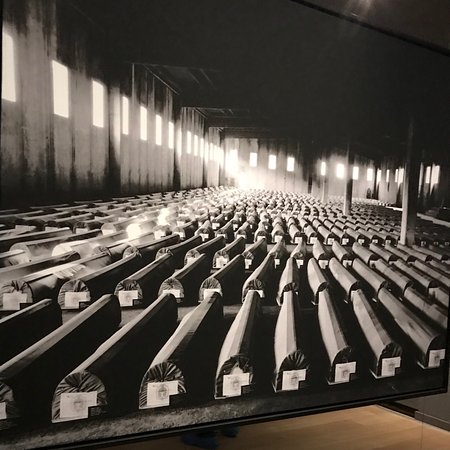 The first Memorial gallery in Bosnia and Herzegovina - exhibition place aiming to preserve the memory on Srebrenica tragedy and 8372 persons who tragically lost their lives. Through a wide range of multimedia content - images, maps, audio and video materials, the Gallery aims to offer its visitors the documentary and artistic interpretation of the events that took place during July 1995 in Srebrenica.

My friends and I saw the sign for the exhibit as we passed the Cathedral. I have visited multiple museums and Exhibitions that provide insight to difficult topics, but this one was the smallest I have visited. For its size it packed an amazing range of emotions and information, mainly narrative, into the experience. I was deeply touched. We had to leave mainly because the gallery was closing but upon exiting we were greeted by the mastermind behind the entire thing, Tarik Samarah! He shook our hand and asked if we had questions! The staff and Tarik are clearly devoted to this project and I hope to see it continue to thrive. 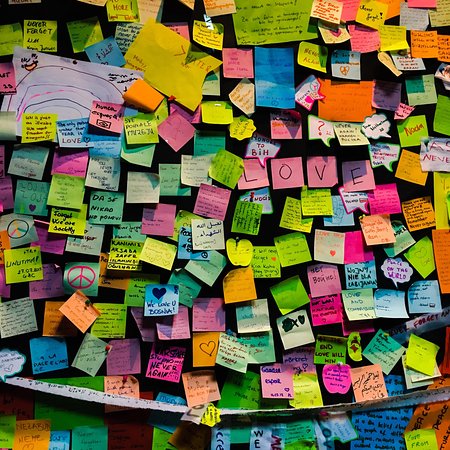 Museum of crimes against humanity and genocide has a rich archive materials and offers a multidisciplinary approach to research and understanding of events in B&H in 1992-1995 period.The concent includes:Archive and Exhibition of the ICTY,Crimes against humanity,Concentration camps,Crimes against children,Mass graves,Genocide in Srebrenica,Video testimonies of victims, Documentary movies

This museum seems a logical and essential response to the horrors experienced in Bosnia and Herzegovina some twenty years ago. The displays are informative and they provide a range of perspectives: from the individual, to the national and the international. It holds little back in graphically outlining the crimes committed. The focus on the justice process gives a visit a sense of hope. 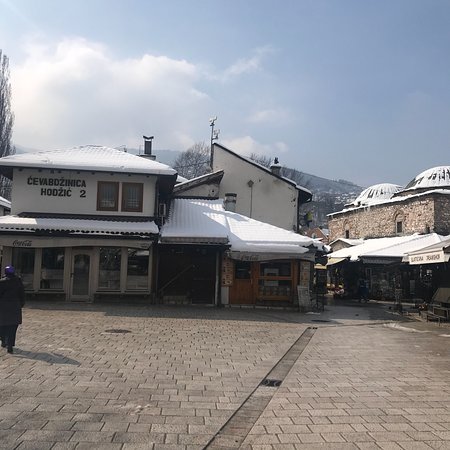 Bascarsija is Sarajevo's old bazaar and the historical and cultural center of the city. Bascarsija was built in the 15th century when Isa-Beg Isakovic founded the town. The word Bascarsija derives from the Turkish language. The word "bas" which is "bas" in Turkish literally means "head", in some contexts however also "primary", "main", "capital" and "carsija" which is "carsi" in Turkish means "bazaar" or "market". Due to the large fire in the 19th century, today Bascarsija is half the size that it once was. Bascarsija is located on the north bank of the river Miljacka, in the municipality of Stari Grad. On Bascarsija there are several important historic buildings, such as the Gazi Husrev-beg Mosque and sahat-kula. Today Bascarsija is the major tourist attraction of Sarajevo.

You walk past western architecture and than you enter this old city market built in Ottoman times (Eastern architecture) with plenty of all kind of shops, restaurants, cafes and historic monuments. All pedestrian zone. Quite an experience :) 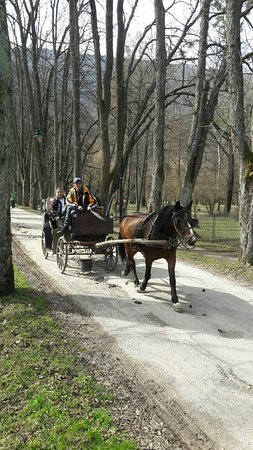 Beautiful place little bit out side of Sarajevo, lot of groups going there and it is great for spending a weekend out in nature. Restaurant there is complete disaster so avoid it but nature is truly beautiful and it is great place to spend a day with friends or family. 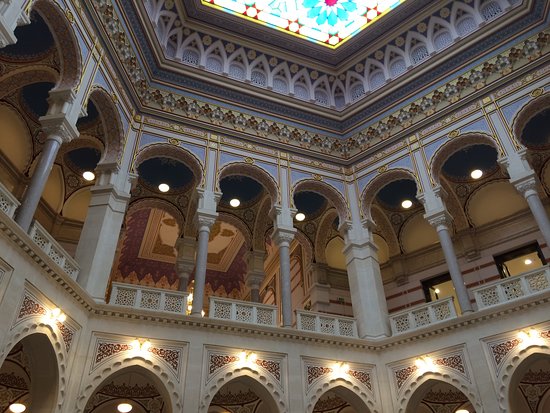 One of the most fascinating buildings that I have had the privilege to visit. Apart from the stunning architecture, there is an excellent, and easily missed, exhibition in the basement. 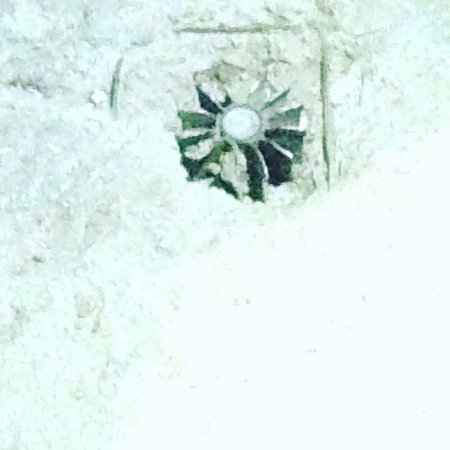 Very moving to see how people fought to survive in an impossible situation. Worth the trip from the city centre.