The 10 Best Things to Do in Tulbagh, South Africa

Tulbagh, named after Dutch Cape Colony Governor Ryk Tulbagh, is a town located in the "Land van Waveren" mountain basin (also known as the Tulbagh basin), in the Winelands of the Western Cape, South Africa. The basin is fringed on three sides by mountains, and is drained by the Klein Berg river and its tributaries. The nearest towns are Ons Rust and Gouda beyond the Nuwekloof Pass, Wolseley some 15 kilometres (9.3 mi) to the south inside the basin, and Ceres and Prince Alfred Hamlet beyond Michell's Pass in the Warm Bokkeveld.
Restaurants in Tulbagh 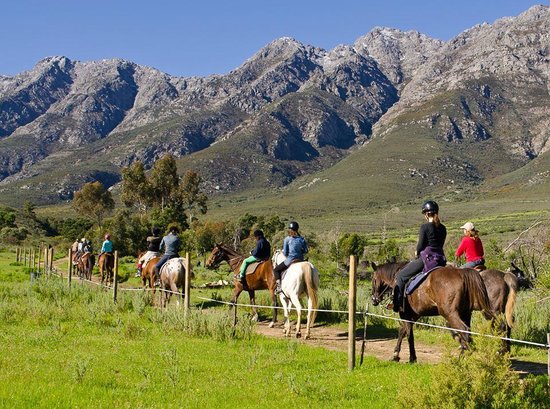 Horse About Trails offers magnificent horse trails and activities in the Western Cape. Just over an hour from Cape Town, situated in the majestic Witzenberg Valley, we are conveniently located between the towns of Tulbagh, Wolseley and Ceres, with Riebeek Kasteel and Worcester within easy reach and en route to Citrusdal and the Route62. Take a step back in time on one of our scenic trails in the foothills of the majestic Witzenberg Mountains, through vineyards, Forests and farmland, set against a backdrop of arresting beauty.Our horse riding trails are suitable for all levels of rider. Experience the magic of a moonlight ride or book a romantic picnic after your horse ride.

Jo and John are absolutely great. We were a group of seven friends and a child. They kindly accommodated us, as we could catch neither the morning ride nor the afternoon one, and they accepted to book us in between (12 pm). Though we were all beginners, we enjoy the one hour and a half of walk through the forest and the beautiful scenery. I would warmly recommend to all, beginners and experienced the same as they also have paths with obstacles for jumping.
Removed a star/dot in the rating as I feel the bathroom facilities have room for improvement. 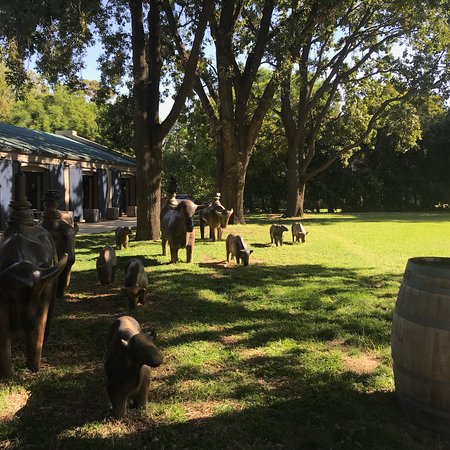 Nestled at the foot of the mountain after which it is named, Saronsberg wine estate is a contemporary addition to the rich heritage of Tulbagh valley.Award-winning wines, a cutting-edge cellar and avant-garde tasting room contribute to the continued success of Saronsberg.

This is an impressive winery in a lovely situation, overlooking a lake and with a beautiful backdrop of the Mountains. A perfect place to sit and taste wine! There is a good range and the quality is high with prices ranging from 55 to 340 rand per bottle. Something for everyone. We had a cheese platter to accompany the wine. Highly recommended. 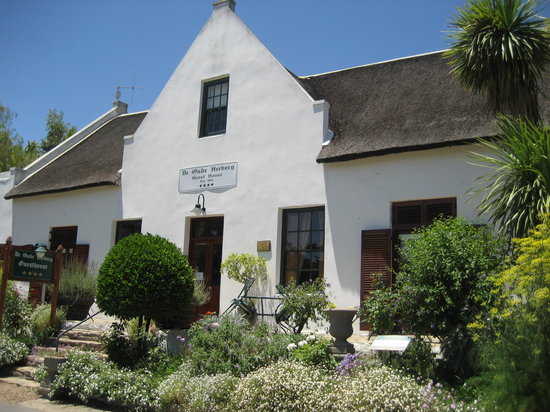 If you find yourself in Tulbagh, don't miss a walk down Church Street. There are many Cape Dutch style buildings to admire : some contain restaurants and shops. Many of these buildings were rebuilt after the devastating earthquake which took place in the 1970s. The museum at one end of the street is also worth a visit. 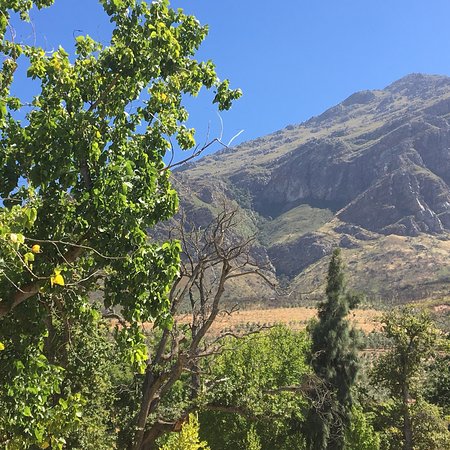 Clearly a lot of money has been invested here. The tasting room is huge and well designed. The tasting itself is rather ordinary. There is not much of a range. Some tapenade, some Kalamata olives and two olive oils. Quality was good.Thank you for your review. Glad that you enjoyed our setting. 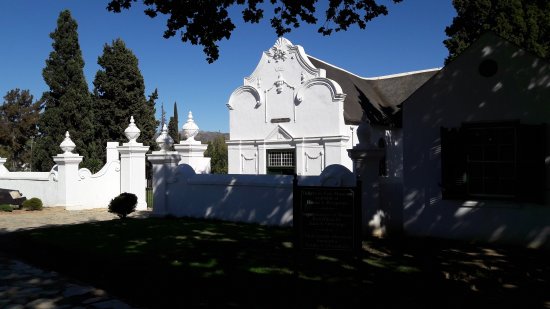 Reviewed By Charlene B

The old church was one of the few buildings that were restored after the earthquake back in 1969. The grounds are well kept and it was unusually calming walking through the burial grounds and seeing some of the dates on the tomb stones. Some date back to the eighteen hundreds (1800). So much history and a definite must to visit while in the area. It's really amazing how people lived back then. 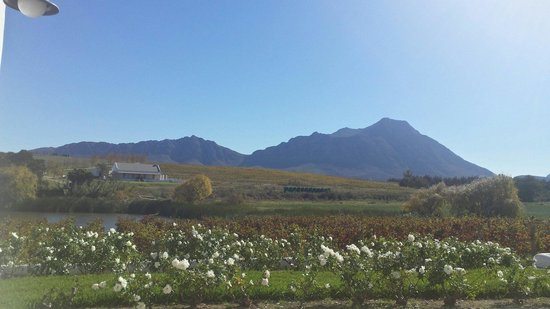 Great service, attentive and charming, informative and charismatic. Very standard and uninviting taste room with no charm at all.
Unfortunately i did not like any wines we tasted. I found all their wines to be too expensive, sharp, tannin rich, bitter and bold.....bit like an angry rogue hedgehog climbed into your mouth. Not for me. 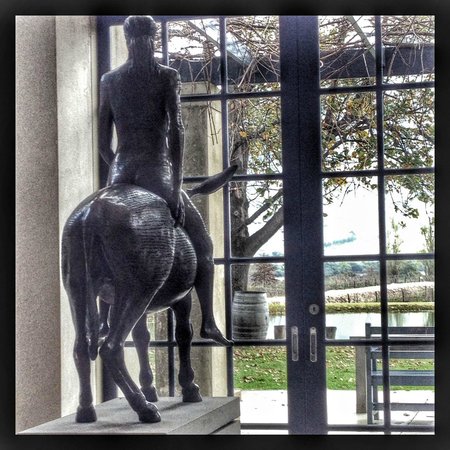 The art work is spectacular and the wine very pleasant, however, the service was indifferent. A real shame the front of house did not compliment a quality location and product. We managed to visit the Tulbagh Waterfall after some good rains. You walk either to the lower Waterfalls, which is easy on a well maintained path. You can also walk up to view the waterfall from the top with gorgeous views over Tulbagh Valley. Be prepared though for a tough vertical climb up the last 10m. Overall a good experience & fab spot for lunch. Note: you need to buy a R10 pp permit from Tulbagh Tourism Office.

Sharing premises with the Tourist bureau, this museum offers an incredibly detailed documentation of the impact of the earthquake that caused so much damage in 1969. There is a description of each of the buildings along Church street which outlines structural damage, with an architectural plan of each house and before -and-after pictures. No effort was spared to ensure that restoration was as close to the original as possible.
It was interesting to see the double fault line of the quake, superimposed on a map of the area. There was so much to take in that maybe a second visit to this interesting museum is on the cards. 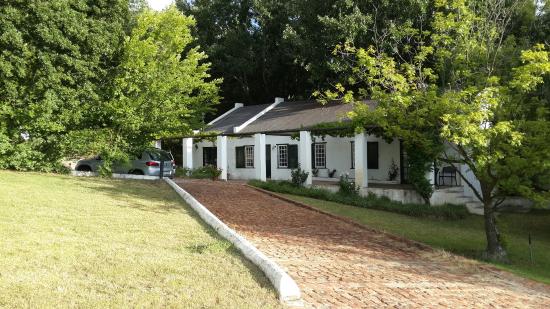 The Schalkenbosch vineyards are situated high up on the slopes of the Witzenberg mountain range overlooking the picturesque Tulbagh valley. The soils are similar to those found in the Rhone Valley in France and the vineyards enjoy a unique micro-climate. A late sunrise is due to the shadow of the mountain.

Such a disappointment! The farm and setting are truly lovely but the house we were given to stay in was just awful. The heavy dust, kitchen grime and leaky toilet (which left the mat sodden and smelly by morning, and of which they were aware, if the ice-cream tub under the outlet pipe is anything to go by) were completely unacceptable. We alerted the owner to the state of the kitchen and while she did agree to send someone in to clean it the next morning it was too little too late. If we had had somewhere else's to go that very night we would have. Needless to say we left the next morning but were still charged for our very uncomfortable night. Reviews on this spot have been mixed, and if you do decide to chance it, be sure to get one of the three units actually advertised on their website - perhaps they are better. We seem to have been given an annexe of the main house where family and sundry stay and I'm sorry to stay it was not 'paying guest' quality.