The 10 Best Things to Do in South Sioux City, United States

South Sioux City is a city in Dakota County, Nebraska, United States. It is located immediately across the Missouri River from Sioux City, Iowa, and is part of the Sioux City, IA-NE-SD Metropolitan Statistical Area. As of the 2010 census, the city population was 13,353, making it the 14th largest city in Nebraska.
Restaurants in South Sioux City 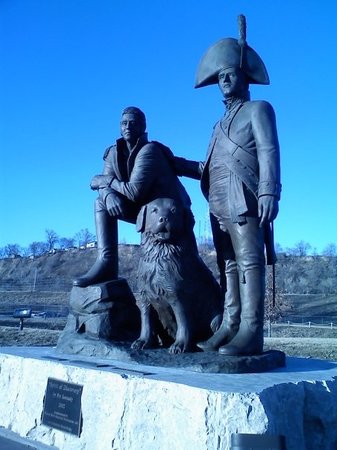 Much better than I expected. The grounds and buildings were well laid out and very organized. Free admission was a complete surprise. Great sculptures. 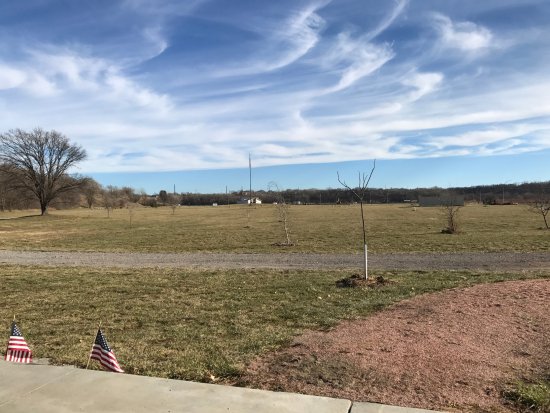 Veteran’s Interpretive Center is under construction

Rec trail runs thru the park 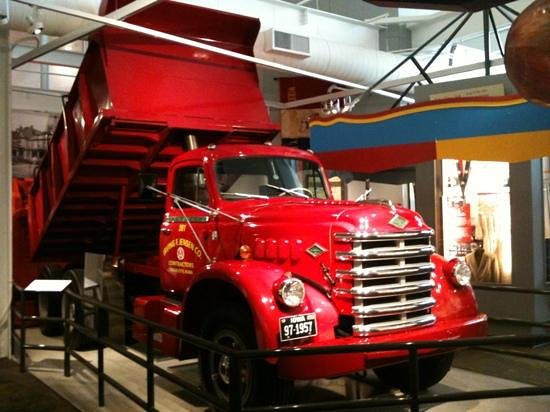 Located in the heart of downtown Sioux City, the Sioux City Public Museum features large, colorful exhibits, interactive displays, and much more. Visitors will discover the "Spirit of Sioux City" through a lively 12-minute orientation film in the ornate "corn palace theatre." A variety of hands-on experiences are available including the award-winning "Innovation I-Wall" and "The Big Dig," which replicates an active fossil dig site. Highlights of the permanent gallery are rare Native American artifacts from the area; Sioux City's first "horseless buggy," a 1901 Oldsmobile; a 1930 Kari-Keen airplane manufactured in Sioux City; and a 1918 Mack fire truck similar to ones used by the Sioux City Fire Department. The two-story Disaster and Recovery Wall features multi-media presentations of three major Sioux City catastrophes: the 1904 Pelletier Department Store fire, the 1953 Floyd River Flood, and the 1989 crash of United Airlines Flight 232. Temporary exhibits feature topics of local and regional interest.

This is a place you can spend easily two to 3 hours. Really well done and tells the story of Sioux City. Don't miss the movie and if you have kids find the dinosaur exhibit in the back. 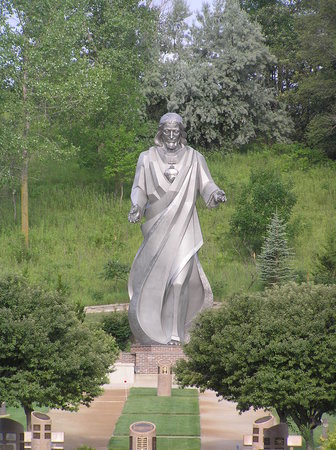 This was a beautiful, relaxing place. Unique religious statues. There is a video shown that describes how this came about, and how the statues were created by the artists. There is a chapel and gift shop. Situated on a small hill overlooking the city. 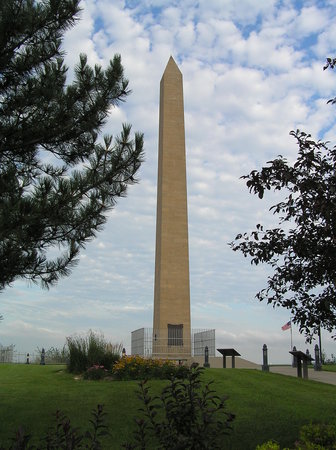 We didn't expect a lot from the Sergeant Floyd Monument, and it met our expectations. It memorializes a man who died of appendicitis as part of the Lewis and Clark expedition. The monument has plaques that give some of the history of the expedition, a little bit about the character of Sgt. Floyd, and a summary of how many times his grave has been moved! The bluff also provides a great view of the Missouri River Valley both upstream and downstream from the site. Very good for what it is. 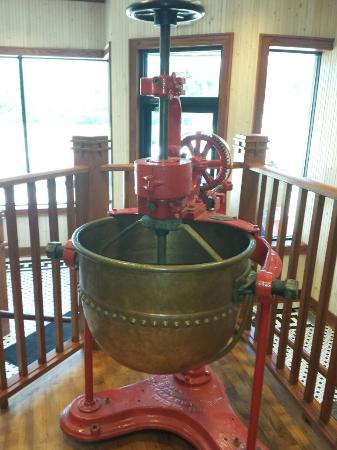 This is the place to go if you have a sweet tooth. There is a wide variety of different candies that you can purchase by the handful or by the box. Our family had a great time picking out favorites and also trying new things. We would stop by here again, if through Sioux City again. 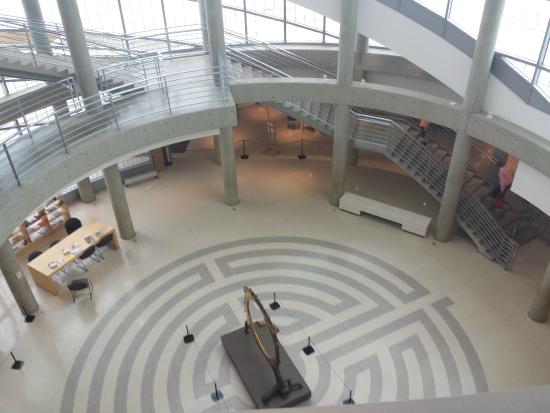 Reviewed By Gary B - Boston

This is a nice little museum. Wonderful new building with 3-story central atrium. Focus seems to be mostly on Mid-Western artists. There is also a nice display of Mexican woodcarving, and some photographs referencing the wars in Vietnam and Afghanistan. There's no museum store, but there is a children's learning area, an art classroom, and a small library / reading area. Admission is free.

However, the piece that most held my interest, and the main reason for my visit, was a Michael Dunbar maquette (huge Dunbar fan here) of a full-size piece that sits outside the front entrance. Dunbar is a sculptor who makes abstract pieces, typically in bronze, based on geometric principles. He also makes small (12" -18") models of some of his full-size pieces, that are not only fascinating for their design (curves, angles, semi-circles), but also display an incredible level of precision craftsmanship. 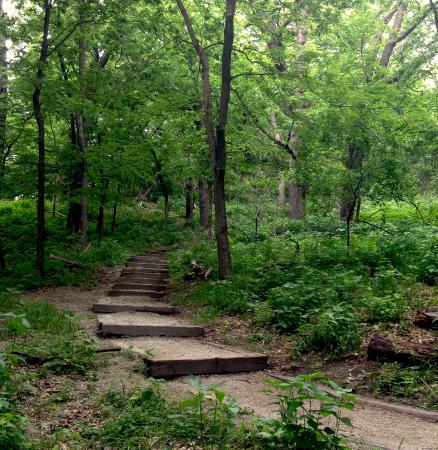 This nature center has elevated Stone Park as a destination area for everyone. It's a split level building with 14,000 sq ft of space for exhibits, hands on learning, class rooms, and meeting space. It's open from 9:00 AM to 4:30 PM Tuesday through Saturday. Sunday has limited hours from 1:00 PM to 4:30. It's closed on Monday. The facility cannot be accessed by car from Stone Park. If you are in the park, you must exit the west side onto Hwy 12. If you are coming from anywhere else in the tri-state area, then head to the NW Corner of Sioux City on Hwy 12 south of the Plymouth/Woodbury county line.

As you arrive you will find a parking lot and a gate. The gate will be open during business hours and shut the rest of the time. Hiking is allowed 24/7, so park in this lower lot if you plan to be in the park when it's closed. If you don't, your car will get locked in the facility. If you plan to be there only during business hours, proceed up the hill and park. There you will find the nature center.

The nature center has several options to enjoy your visit. The first and most obvious is the nature center on the main floor. Here you can find exhibits about the surrounding Loess Hills ecosystems, wildlife and land formation. Some of the exhibits are hands on. In general, elementary aged kids and parents will like this part of the nature center.

A second enjoyable area is the bird watching station. A series of hanging feeders have been strung along a tree line to the west of the facility about 200 ft from the building. Binoculars and identification tabs have been installed at the windows. If you already know to identify birds, I recommend going outside and sitting on the benches. White-breasted Nuthatches were the predominate species, but Red-breasted Nuthatches, Black-capped Chickadees, Red-bellied Woodpecker and American Robins were present. In the summer, you should be able to find vireos, grosbeaks, and buntings.

A third area to visit is new this year. It's a small raptor cage. It houses a Barred Owl and Red-tailed Hawk. Both were injured in the wild and can no longer fly. They will die on their own, so this facility was built to keep them alive and allow you to enjoy them. Barred Owls are one of the few day-time owls, so they are wide awake and staring at you when you walk up to the cage.

A forth area to enjoy is the natural playground. A small path will take you to a wood tee pee, swings, and other playground structures. It was filled with families and small kids.

The last areas to enjoy are the nature trails. You can hike these anytime of the day. The center itself is located on the Loess Hills, so the trails are up, down and all around. It is not flat walking. Some of the trails will take you to bluffs that overlook the prairie and Little Sioux river.

I would say a visit to the center would take about two hours unless you plan to hike. In the spring and fall when the weather is nice, bring a book. Sit out by the little waterfall, watch the birds, take in nature and enjoy your book. 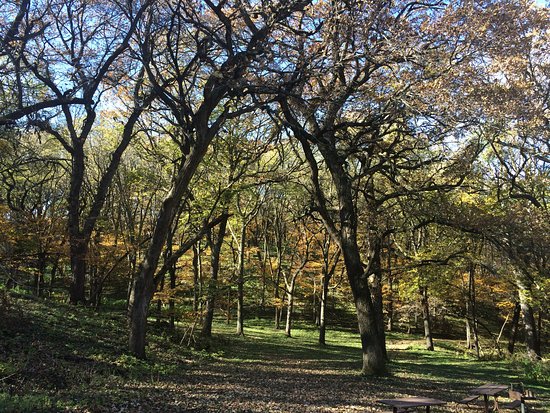 Large park with many trails and a camping area that has electric sits a bath house and tent sites threes is a beautiful stone lodge that can be rented for events. Numerous shelters are scattered throughout the park for reservations and parties. They're off and restrooms and pull up areas to just enjoy the views. A good place for an impromptu picnic or a family reunion or just a walk in nature. Do note that sometimes in the winter it is closed due to the roads and the snow