The 10 Best Things to Do in Slagelse, Denmark

Slagelse is a small town in Denmark located in west Zealand. It is about 100 km (62 mi) southwest of Copenhagen. The population is 32,333 (1 January 2015).
Restaurants in Slagelse 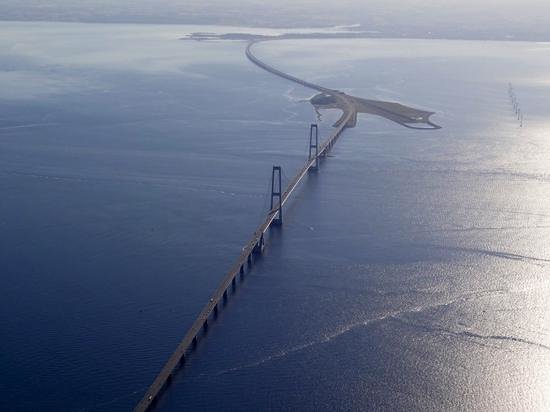 Even after having passed this bridge many, many times I am still amazed by it. For such a massive structure, I find it very, very elegant, and I always look forward too driving under the big pillars.
Actually I live close to the Akashi Suspension Bridge in Japan, which beat Storebælt in being the World's longest suspension bridge back when they both opened in 1998, and I have to say that even if it is not the longest, Storebælt is far more beautiful! Soroe Academy has a history dating back to the 12th century when Archbishop Absalon founded a Cistercian Abbey on its grounds. The Academy is in a beautiful parklike setting on the shore of Lake Soroe with huge old trees, weeping birches, rhododendrons, and a marvelous garden of fuchsias. It's a short walk to the town square of Soroe. This is definitely a wonderful place to spend time relaxing. 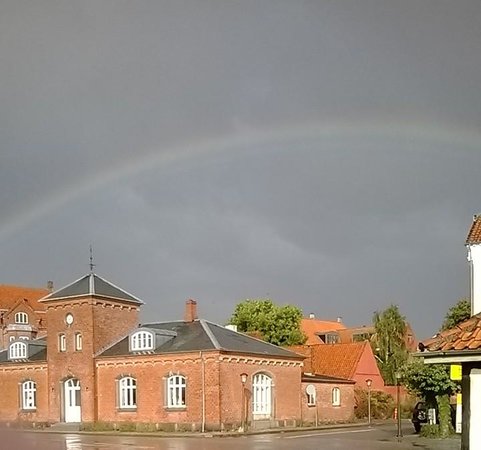 If you like the water and a harbor this is a must. We went there on a beautiful sunny day late august. Really nice. We were able to park at the harbor, ate lunch there and extended the stay for a walk in the town. The tourist office sells a small walking guide (DDK 10). Made a wonderful day for us. 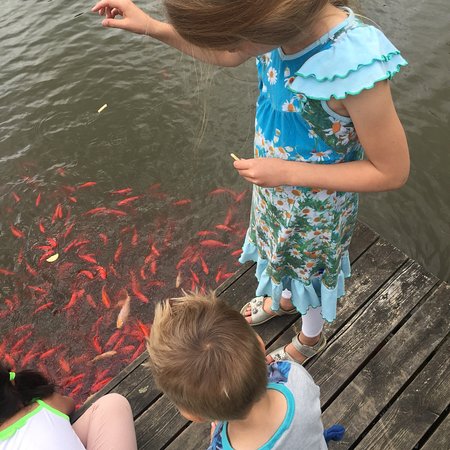 The Japaneese inspired garden was nice, lots of thing to see, and big. The english/danish garden was a let down. Seemed to bee with little flowers in some of the places and elsewhere under construction. Lots of children as the place also has a lot of activities for them. Not something I would linked with the navn "Birkegaardens gardens", perhaps it should be named Birkegaardens Gardens and playground. Just so you dont get dissapointed as we were.
The prarie garden was great, lots os bees and peranuals. 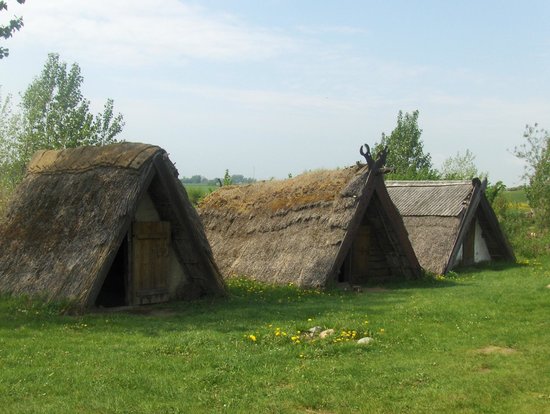 One of the places where the Viking Age can be experienced close at hand is the Viking fortress of Trelleborg, near Slagelse in West Zealand. In an area of natural beauty, are the impressive remains one of the Vikings' great ring fortresses. Trelleborg was constructed around AD 980 by King Harald Bluetooth. Come close to the Vikings of 1000 years ago in the surroundings of the Tude valley. The museum at Trelleborg includes models, archaeological finds and reconstructions that give a vivid impression of Trelleborg's history, its inhabitants and the function of the fortress. Meet the Vikings and participate. Experience the lives of the Vikings close-up at the reconstructed village of Slaglose. During certain holiday periods, Trelleborg also offers visitors a wealth of activities, displays and events. Try the crafts and daily tasks of the Vikings yourself! You can bake a flat bread, forge a knife, fire a Viking longbow, cast jewellery or take part in warrior training. During the summer holidays and other holidays, you can meet the museum's Vikings, who can tell you about life during times of war and peace in the Viking Age. There are also special activities during the Easter holiday and autumn half-term in October at Trelleborg. Check the calendar on the Trelleborg website to see what activities are taking place and then plan your visit. Cafe Trelleborg serves cold drinks, freshly brewed coffee and tea with delicious cakes, and offers views of the attractive surroundings. Order a delicious meal in keeping with what was eaten in King Harald Bluetooth's time. Admission to the museum and fortress area is free during normal opening hours. An entrance fee is charged when the Viking Festival is held between 12 July and 20 July. The museum is closed from November 2014 until March 2015. Dogs are welcome, but should be kept on a lead and owners are requested to clean up after them.

The remains of what is believed to have been a fortress built by the people who lived in this area in the early Middle Ages, the so-called Vikings, accompanied by a reconstructed longhouse and a small museum with interesting artefacts found on the site when the rivers were being drained in the 19th Century. I would definitely recommend visiting during the Viking Market in mid-July, although there is a small access fee during the market (for the rest of the year, entrance is free). Thousands of people live in Viking era tents for over a week, wearing Viking clothing, eating Viking food and participating in activities from the Viking era. The large battle re-enactment which takes place on the Thursday, Friday, Saturday and Sunday of the market is well worth a watch, skilled re-enactment fighters from all over the world meet and fight outside the fortress. The market is interesting, and full of shops and stalls that sell everything from books to re-enactment weapons, fabrics, food and drink. I would however recommend bringing a packed lunch, as there are only a few stalls that sell lunch or dinner foods. 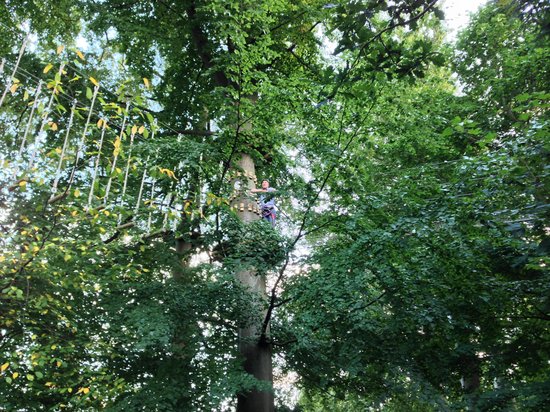 Great outdoor experience for all the family. Also for those that don't want to brave the heights. Take a chance, try anyway, you may be surprised. I've crawled down from Duomo in Milan, from a fear of heights. At Go high, you concentrate on how to advance on the path, rather than thinking about the fact that your 12 meters up in the trees. 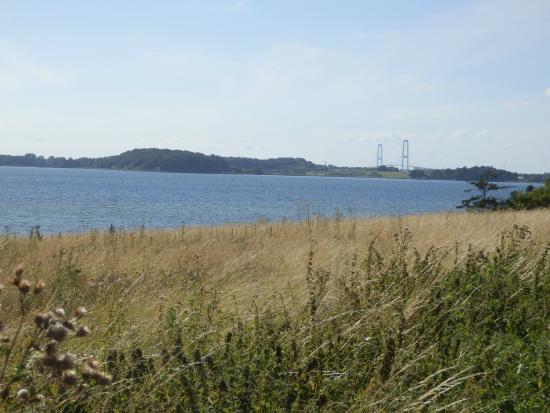 On a Hill directly to the fjord in Korsør, the Church looks like something unreal beautiful from a HC Anderson farytail. Decorations are modest but true interesting.

We were in Skælskør for the day and went on a small drive. This castle is very charming even though you can't actually visit the house. Really beautiful old castle with a park were you can take a walk. If you are close by make a stop but not worth a longer drive. 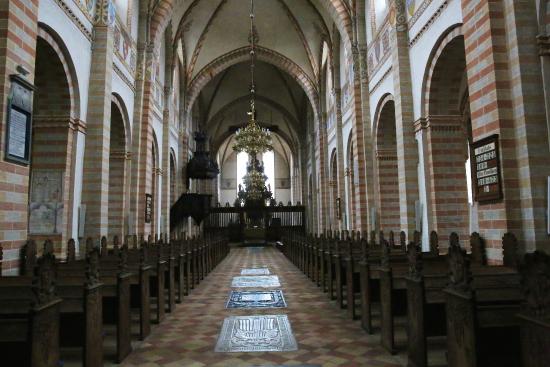 One of the oldest churches of Denmark. Many fine details and historical graves. The atmosphere is light and the rich sounding organ has experienced dozens of international maestros performing over the years. . 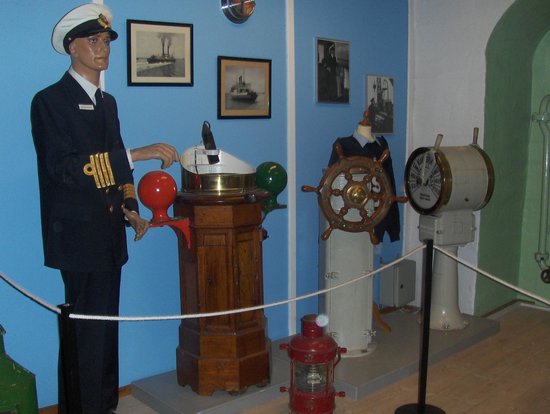