The 10 Best Things to Do in Nesbyen, Norway 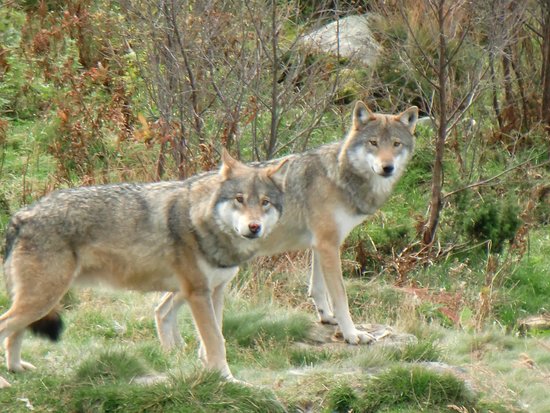 The houses at Langedrag are situated in an area of outstanding natural beauty. They look like fairytale Castles, 1000 metres above sea level with a breathtaking view over Mountains and lakes. Eva and Edvin K. Thorson started building the farm in 1978. They wanted to realise their dream of a farm where visitors could experience nature and animals at a closer range than anywhere else. ‘In awe of life’ is the motto at Langedrag. In the Nature Park you can find animals like reindeer, mouflon sheep, mountain fox, horses, goats, wild boars and lynxes. Few other places in the world would let you enter the wolf enclosure, like you can at Langedrag. Every Thursday and Friday in summer you can accompany us on a trip to our summer farm in the Mountains. At the farm we make crisp bread on traditional hot plates and tell the stories of the area and its people.

Visited with family who had been several years before. The aim is to preserve the reducing numbers of Norwegian wildlife die to hunting. I think the wolves were the primary concern, but there are Lynx, Moose, Arctic Foxes, types of goat and sheep plus plenty of not so wild rabbits! The wolves are beautiful, and there are two who remain from a pack that have been brought up with a human Alpha Male. He goes in to feed the wolves and howls and pretend to eat making them wait their turn. It is very important for wolves to have a hierarchy. For me, the best was the Lynx kittens, although one was camera shy. There is a good cafe here and it is possible to stay onsite. I was amazed how little signage there was for it. One small sign several miles down the road just with the name Langedrag, but no mention of a wildlife park. Eventually you reach the entrance and there is a sign and that is it! But definitely worth the trip:) 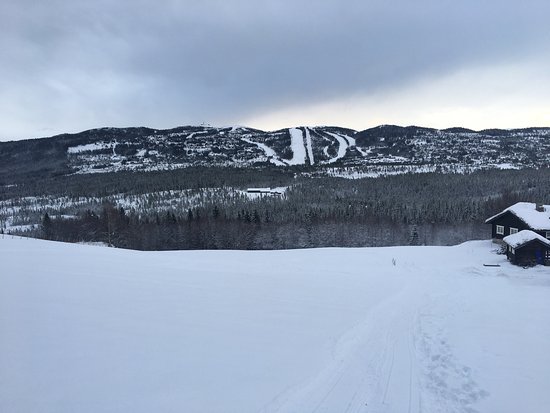 Natten Most think of this area as a paradise for downhill skiing, but there is also a selection of cross country tracks. The steepest hills can be avoided, just use the ski lift! Nesbyen Alpine Centre (760 - 1315 masl.) Tracks are generally prepared every day during Christmas, one week during the winter holiday and during Easter. Otherwise the tracks are prepared on Saturdays and on Sundays when needed (+ 5 cm fresh snow). The tracks are normally supposed to be done by 11:00. Plenty of parking at Nesbyen Alpine Centre, and Skistua café and restaurant is open every day. Nesbyen Alpine Centre is responsible for preparing the tracks. Tel. +47 32 06 74 00. Trip suggestion: Natten - The Children’s Trip - (app. 6km) The Natten area is also ideal for cross country skiing. If you have young children, ride the ski lift to the top and follow the tracks towards Trommenatten over Lake alsvatnet and down through Tverrlia to the golf course. This is an easy trip, suitable for children. This trip can easily be extended towards Bogaset and Nystolen. Starting point: Nesbyen Alpine Centre. For ski rental, see the alpine Centre. Slope preparation General agreement on the preparation each day as needed during Christmas, winter holiday week and Easter. Outside of holiday periods the slope is preparated every Saturday, and Sundays as needed (+ 5 cm fresh snow)

Went to Nesbyen Alpinsenter last weekend. The slopes are steep, but there is also a quite good slope for beginners on one side.
Despite being small, the slopes should have been marked better. We went as a family, and our youngest had to walk down part of the slopes as we went down one that in other skiing places would have been marked as at least red.
For a family of 4 and buying 1 keycard (NOK 75), it cost us around NOK 1100 for skiing 3 hours. This gives access to 4 medium-short slopes and a T-hook "elevator" that takes a long time to bring you up. Compared to other places I've been that cost about the same, you get very little action and service for your money. 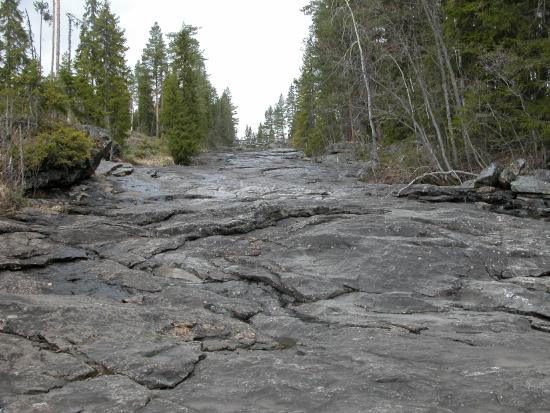 About 546 million years ago, a meteorite with a diameter of 300 meters struck Garnas in Nesbyen. Large forces formed a crater wit a diameter of 5 kilometers. The bedrock was ground up and rock flour was squeezed into the smallest cracks. The impact created the distinctive rock called Breksjestein. You can drive all the way to the centre of the crater, where the waiting guides will take you exploring. Exploring nature in this way is exciting for both adults and children. The Gardnos crater is one of the most easily accessible meteorite craters in the world, especially because the crater itself and the evidence of the impact are easy to find along the nature trail. A visit to Gardnos meteorite crater will give you a better understanding of the forces the area was exposed to. In the service building, there's an exhibition that details the events. The service building has a kiosk and bathrooms. Groups are welcome outside opening hours. Guiding with or without catering. Please contact us for an appointment. Directions: Drive Rv. 7 towards Gol and follow the signs from Garnas to the crater.

Good place to make a short break during a trip - you can take a walk in the meteor crater and in the forest next to it.
We could not fully enjoy the place because they had problem with a credit card terminal and we didn't have cash, so we were not able to pay for a guide or eat something. We only read some info in the paper guide we got at the entrance. 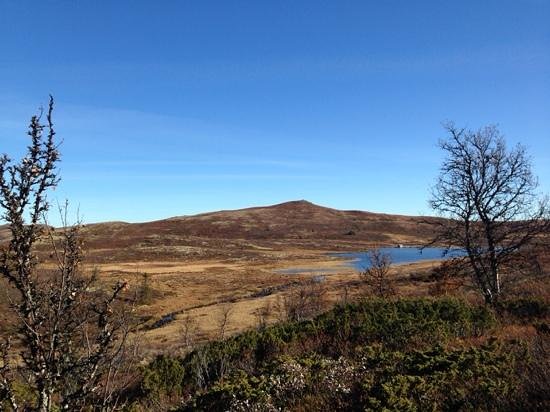 This place is actually a part of my childhood to adulthood. From 1956 to 1983 I visited this mountain allmost a hundred times summer and winter. Last time in september 2014.
Easy to reach from the Bogaset seter close to the Nesbyen alpine resort. Fint trip for families with children. There also are several small lakes nearby where one can bath (Beware of the temperature though) or fish. Cloudberries and blueberries at random. During winte, there are good skiing tracks. If you wish, you also can go further into the Mountains to Hallingnatten (3 hours during winter - a long days walk during summer) 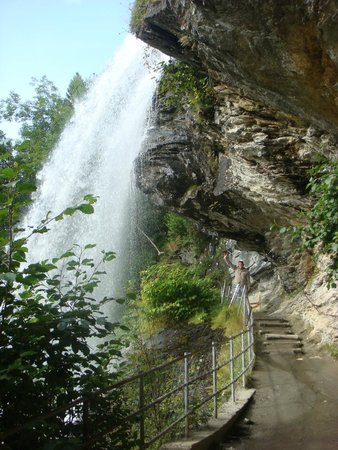 Excellent bathing places along the Rukkedola river are to be found near the Hallingdal Museum. Try to glide in the small Waterfalls and bathe in the warm stream.

Reviewed By Gianluca B - Foligno, Italy

We made a stop while driving from Bergen to Oslo...definitely a magic atmosphere when you get close to the Waterfalls and look down! I was in company of my good friend Lino Valentini, we really enjoyed! 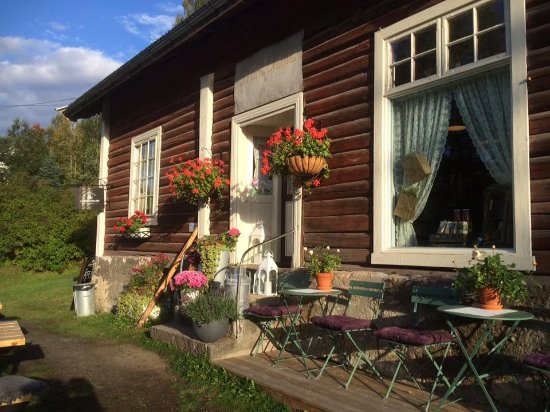 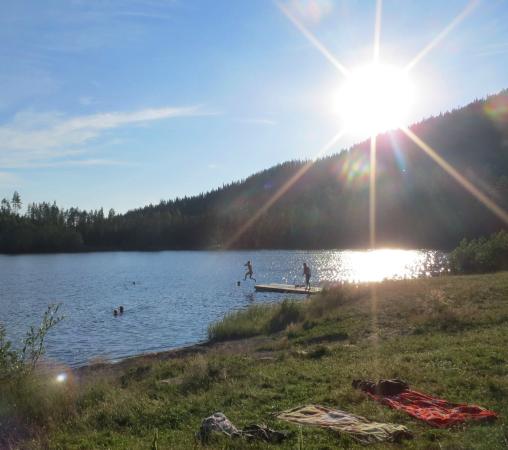 Gravel road and good trail. Approx. 400 m.a.s.l. The Trytetjern area is a popular leisure area in Nes. The area has both a shooting range and a great swimming spot. The high water temperatures in Trytetjern are well-known from the radio reports. Route: Drive Hedalsveien up the valley side from the east side of Nesbyen. Park on the large parking lot on the left of the road after app. 5 km. Walk the gravel road to the swimming spot and onwards on the trail around the water. Follow the car road the last part back. Locals often use the hills up from the town center for exercise. East side of the valley Starting point: Parking lot by bath lake Trytetjern Distance in km: 1,7 GPS: 6715349 North 508580 East (UTM zone 32) 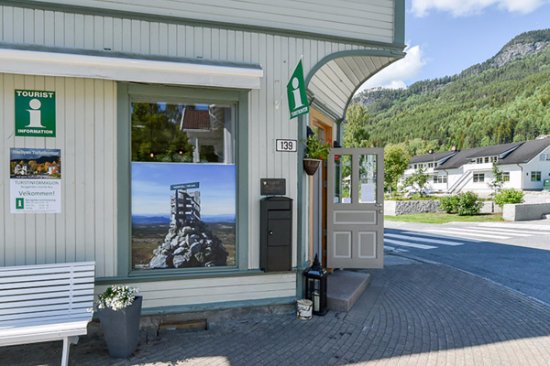 Mountain and forest, mostly forest. 900 – 1000 m.a.s.l. Forest hike with information on the local environment. The trail starts just below the gate to Kuluset summer farm. It goes left and straight up onto the mountain Kulusetberget. A rock is placed here, showing the directions and names of several visible mountain peaks. The trail then runs down the ridge to the summer farm Solbrekkka. It ends there by a reconstructed bear trap, used for hunting in the old days. Information in Norwegian and German. Starting point: Kuluset. Parking: Nystolkroken Kafe or Kuluset Directions: From Nesbyen town center, Rukkedalsvegen 8 km towards Tunhovd. Go left over the river towards Nystolen 8 km, after 3 km take right in crossroad. Follow signs to chosen parking point. Km: Approx. 1 km. Normal pace: 1 hr. Skilt: Sign-posted and marked with blue color. Rest stops: Kulusetberget. Hiking map can be bought at the tourist information, bookstore and tourist businesses.