The 10 Best Things to Do in Arabi, United States

Arabi is a census-designated place (CDP) in St. Bernard Parish, Louisiana, United States. It lies on the eastern bank of the Mississippi River, between the Lower 9th Ward of New Orleans and Chalmette within the Greater New Orleans metropolitan area. The population was 8,093 at the 2000 census.
Restaurants in Arabi 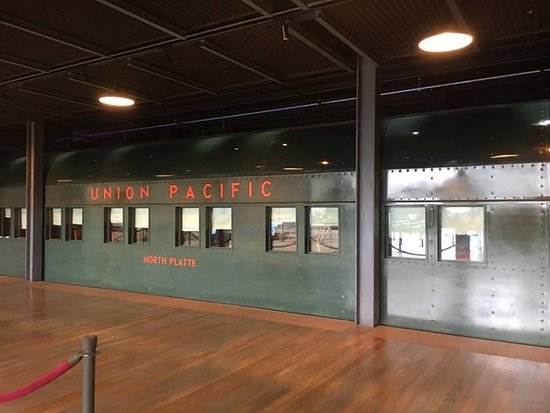 The National WWII Museum is the top-rated tourist destination in New Orleans, TripAdvisor's #2 museum in the world and #2 in the U.S., and an unforgettable way to experience World War II—from industrial efforts on the home front to the combat experience of the American servicemember abroad. Offering a compelling blend of sweeping narrative and poignant personal detail, the Museum features immersive exhibits, multimedia experiences, and an expansive collection of artifacts and first-person oral histories to take visitors inside the story of the war: why it was fought, how it was won, and what it means today. Beyond the galleries, the Museum offers unique access to experiential history, including an opportunity to tour and even ride on an authentically restored PT-boat, tours behind the scenes to handle artifacts alongside Museum curators, and an impressive collection of restored and working macro-artifacts to discover. The Museum is open daily, 9:00 a.m.-5:00 p.m. nationalww2museum.org

We spent a little over a half day at the museum and left more to see for a future visit. As suggested in Trip Advisor reviews we first bought tickets and experienced "Beyond All Boundaries", narrated by Tom Hanks. It was awesome and was a great way to kick-off a visit to the museum. 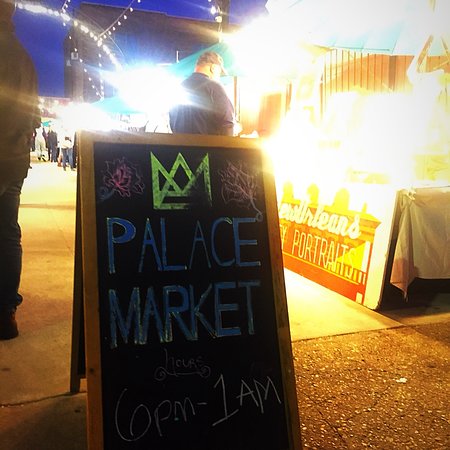 You see the yellow door in the photo? Well every night we were in New Orleans there was a band playing right in front of it. The whole atmosphere is electric, and so much fun. Don’t just go once- go again and again! Grab a drink and hang out- even dance if you feel inclined! 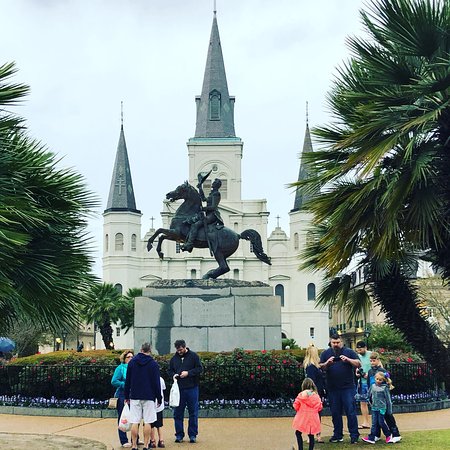 Pretty to look at. Lots of street artists and performers, but also lots of homeless people trying to engage you with their performances which isn't performance as much as crazy bull. Lots of smells of pee. You can experience this in 10 minutes. 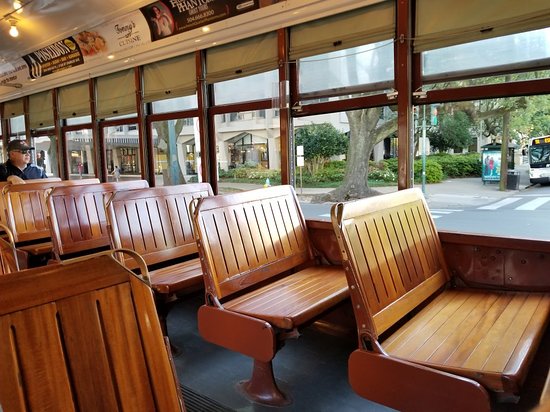 Get wherever you want to go in New Orleans with the Regional Transit Authority (RTA). Our extensive network of buses and streetcars winds throughout every neighborhood of the Crescent City. From Uptown to Downtown, from Lakeview to the Lower Nine, from Mid-City across the Mississippi River and to the parish lines, the RTA goes there.As streetcars glide underneath grand live oaks and past stately mansions, they offer up relaxing views of the beauty, charm and history of New Orleans for little cost. When riders board these historic vehicles they are boarding a piece of movable New Orleans history. The RTA operates three streetcar lines: the famous, historic St. Charles line, the Canal Street line, and the Riverfront line. All lines either run along or intersect with Canal Street in the area between the French Quarter and the Central Business District (CBD) connecting Uptown/Garden District, Carrollton, Mid-City, City Park and the Marigny. The RTA is currently adding more Streetcar lines.

We took the 47 from Canal Street to City Park, took a long wait for it to appear. On our return it took a longer wait (about 20 mins) for it to come but being tourists, we have time on our hands. And it cost only $1.25, but have the exact change! 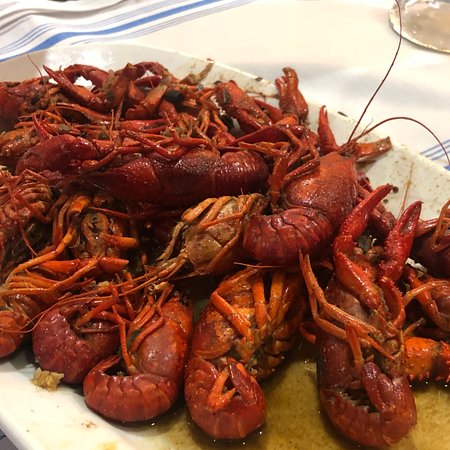 The heart and cultural center of New Orleans is the French Quarter, a must-see for its high energy, rich history, diverse architecture, music, street performers, renowned jazz clubs, lively nightlife and the finest art galleries and restaurants in the city.

If you're looking for romance do not come here. It's definitely more for a party type mentality. I'd say the best place to go actually. I could easily see a girls, guys trip, bachlorette, bachelor party going down here.

There are many smells going on here. Lots of pee and homeless people. A bit pushy and assuming of you giving them something. I don't know if you should trust to do so

There are hidden gems of shops here and there. Don't take the fronts of buildings at face value because some are absolute treasures once inside.

All patrons in the establishments were nice and cordial in a real way not a "I'm required to do this because I'm working here".

Do not, I repeat do not wear sandals or open toe shoes of any sort walking around here. I wore Chuck's and the side holes must have allowed unseen dirt to get in. I took my shoes off when we got back to the hotel and my foot was completely black in the places where the holes were. How did that happen?!

Lots of walking to be done here so wear comfortable shoes. 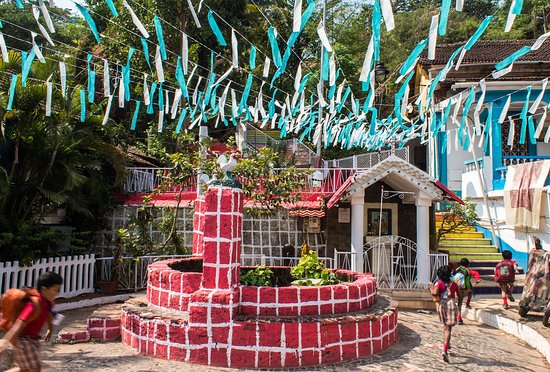 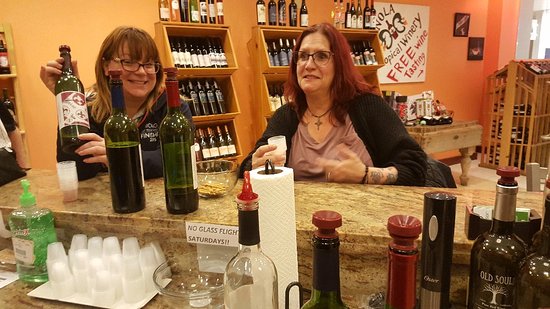 NOLA Tropical Winery offers a wide variety of tropical fruit wines, fruit infused wines and wine smoothies. We offer complimentary tasting of all our wines. Mention you saw us on TripAdvisor and receive 1/2 off a paid wine tasting (a value of $6.50).

Slipped in for a quick tasting during my recent trip to New Orleans, and boy, was it worth it! I had checked out their selection of fruit wines online prior so I was fairly certain I knew which two bottles would be coming home with...MoreThanks a lot! We appreciate your business and look forward to seeing you again! 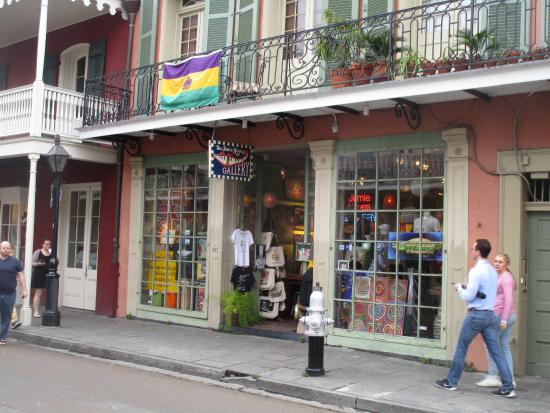 Jamie Hayes has had a gallery in the French Quarter for nearly 20 years. Jamie has a very unique and recognizable style that is whimsical and colorful. In addition to selling originals and prints, we also sell Jamie's designs on T-Shirts, tote bags, and aprons; all of which we print ourselves in New Orleans. We also carry a line of dolls that Jamie designs which are extremely popular.

If you don't know Jamie Hayes and his work, you need to! His studio is is a great shop on Charles St. and you can spend an hour easily just choosing your favorite piece. It's really cool because most, if not all, of his work is available in print making it affordable to have a piece of his talent at home. Jamie's work is fun and creative and colorful...it's art! A lot is musical themed and he does this trademark wide smile on pieces that's a piano. With a gold tooth!!!
My favorite is the bluesman. Being a huge blues music fan I couldn't not own it. Wish I could afford an original but I love my embellished print and Jamie signed it for me while I was there. Yup, he even hangs out in the shop/studio. You need to put this on your to do list as you wander around the quarter. 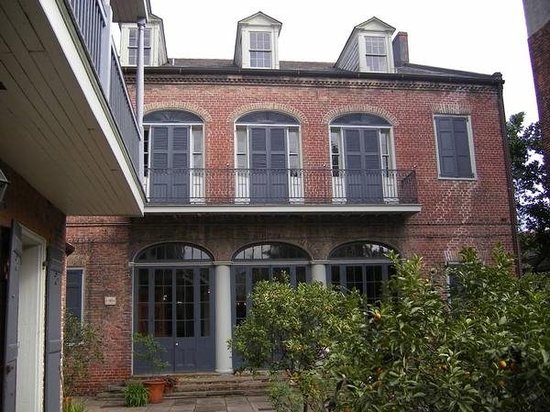 The Hermann-Grima House is a gem in the New Orleans French Quarter. Built in 1831 by Samuel Hermann, this Vieux Carre home is one of the only Federal architectural style buildings in the area. Through ongoing preservation, this historic house museum offers a rare glimpse into life in the 18th century in the French Quarter. This property boasts the only original working open-hearth kitchen in the French Quarter along with an original stable on property. Our hidden courtyard is full of historically accurate roses and other flowering plants too. Learn about the Hermann and Grima families, the enslaved residents, daily urban life, and New Orleans history while on a guided tour, offered six days a week (Thurs-Tues). For group tours and more, please contact us for details.

Great docent who explained the various uses of the property (there is more to it than ante bellum wealthy families ). We were fortunate enough to see the twice a month cooking exhibition (ends in April due to heat, every other Thursday during cooler months ). All of the furnishings are from the period, about 40% belonged to the first two families who lived there. The major landmark of the French Quarter is the oldest continuously active cathedral in the U.S.

The church is a wonderful place to visit. And a restful, spiritual retreat to get away from the bussle of the city. Its free, but donations are welcome. Well worth a visit.