Tacoronte is a city and municipality of Tenerife, Canary Islands, Spain. It is located in the north-east of the island. Mostly rural, the municipality stretches for 30 square kilometers from the volcanic peaks that rise in the center of the island to the Atlantic shore. The municipality seat, also called Tacoronte, lies about 16 km west of the capital, Santa Cruz de Tenerife. Old manorial houses and farms are situated here, as well as vineyards that produce the wine known as Tacoronte-Acentejo.
Things to do in Tacoronte 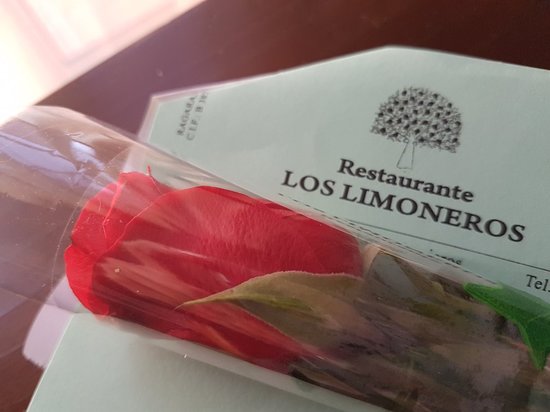 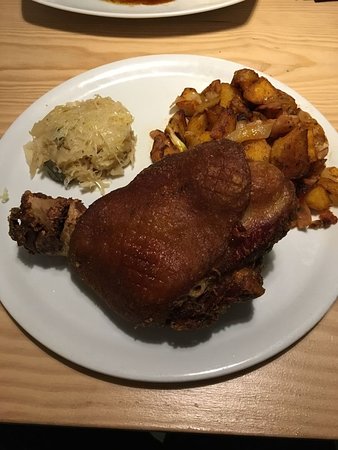 In our Micro-Brewery we brew beer according to the German law of purity from 1516. That means our beer is 100 % natural and fresh, without any types of preservatives and additives. The ingredients are only water, malted barley, hop and yeast. We hope to please you with our gastronomy inspired by a selected mix of the delicious german and canarian traditional cooking. We have a room for the children, a big Terrace, parking. Everyday open, from 1.00 pm

Found this German style micro brewery while on a day trip to Oritava. Fantastic atmosphere my husband worked his way through almost full beer menu, all of which are produced on site and said they were all excellent. Food also fantastic with a mix of both German and Spanish style tapas and main dishes.. Yes strange to have Croquettas followed by curried wurst but amazing!! Most importantly it was fantastic value for money. Will definitely visit next time we are on the Island. 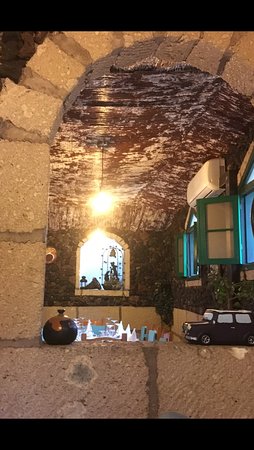 Reviewed By John B - Bolton

We were staying in an apartment in the area and, after looking on trip advisor for places to eat, but failing to find our first choice and finding the second choice shut, settled on Los Angeles.
The interior is certainly different. They've made the inside almost look like a collection of caves, from a mixture of stones and breeze blocks, and I didn't think it makes it a very welcoming place. Not to my taste at all.
The food was ok. Pretty basic, unsophisticated and unexciting. But expensive for what they deliver.
I'd not recommend

We are located near the airport of the North, in the town of Tacoronte, in a special environment surrounded by Gardens, and on a Canarian house over a hundred years old retaining the original elements. The different rooms and environments make it easy for our customers to find a place Adapted to your preferences, interior courtyard, outdoor Terrace, separate indoor dining and function room. At Stoned you will enjoy the best grilled meats, highlight the Canarian black pig, lamb "pelibuey" Ribeye of Beef, chicken, steak and find the best dishes of Canarian cuisine using local produce, meat goat, "escaldon of gofio", "ropa vieja", salted cooked fish, chickpeas, "carne de fiesta", grilled cheese with mojo, "papas arrugadas", etc.

We came to the restaurant with a bigger group and had ordered a set meal for 20 € including starters, main dish, drinks and coffee.
The starters were a good seletion of typical Canarian dishes like cheese and mojo and crocetas, compared to other restaurants it wasn'r really special though. We had two different choices for the main dish. Fish or meat. I chose the meat which was pretty fatty though, in general the dish was nice though.
The restaurant is situated close to the highway and has many different smaller rooms with a good atmosphere. 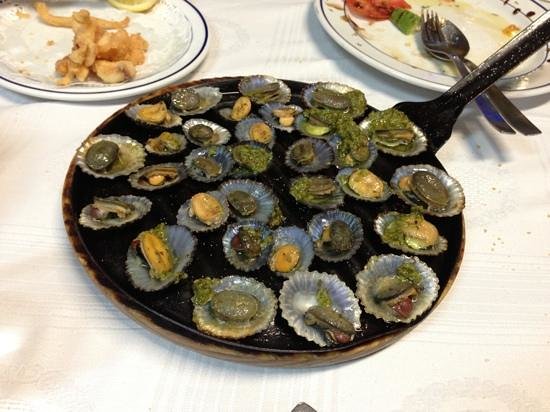 Casa Luis is a simple, yet very good restaurant in El Sauzal, frequented by the locals and specializing in seafood. There is no menu, you have to ask the owner/waiter for current selection available. We ordered calamares and fresh fish grilled in garlic and it was delicious! Also you have a great choice of local wines. We also received a vodka-lemon shot on house. 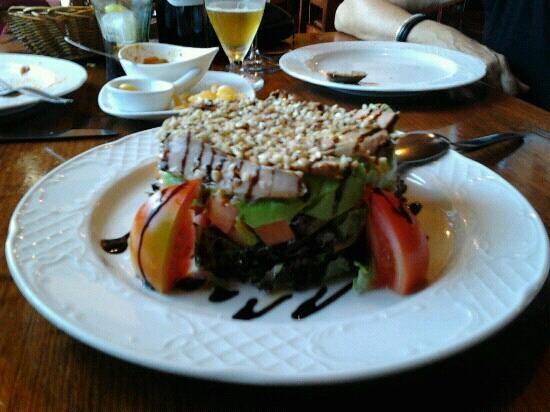 I can only say good things about this restaurant.
We have had a superb lunch.
The staff was very kind and proffessional.
The menu was very varied and the dishes were delicious.
The price was very good for what you get.
We will try to repeat your experience. 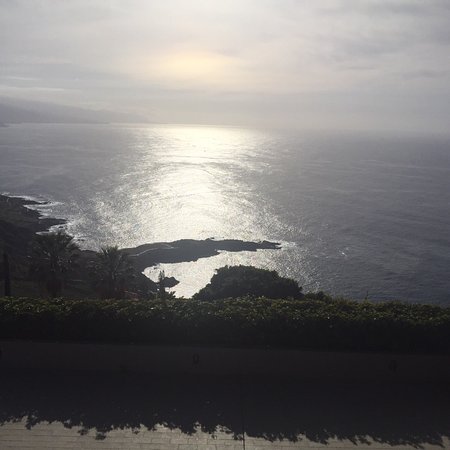 Terrazas del Sauzal are 10.000 Square meters of peaceful and unique Gardens. We are located right in the center of El Sauzal (Tenerife, Canary Islands), very close to the Church or San Pedro and the Town Hall.<br><br>Find your ideal plan with all the possibilities we have to offer you. Do you fancy a delicious meal in our Terrace while you watch the stunning views of the sea, the coast and Mount Teide on the background? How about a romantic dinner in our beautifully decorated restaurant? Or simply enjoy the afternoon sun, sipping a delicious cup of coffee and our home made desserts?<br><br>If you are interested in holding an event or celebration, we have different spaces that may suit your needs: exterior terraces, Gardens and indoor rooms. Contact us and we will provide you with a quote.<br><br>Terrazas del Sauzal is the ideal place where you can enjoy good food, amazing views and friendly service!

Yet again another excellent experience, the food was fantastic as usual and the Tuna Tartar was delicious, the waitress always friendly, smiling, knowledgeable and professional and gave us a great wine recommendation (see photo) always a pleasure to spend an afternoon here with good company! 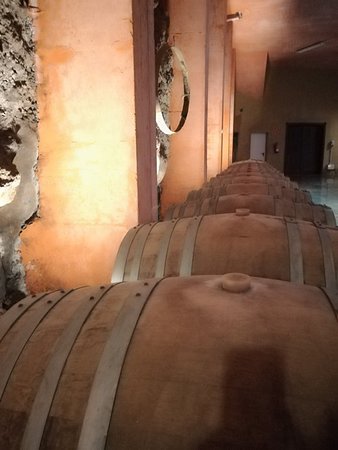 We booked the lunch and winery package the evening before our visit.
We were warmly welcomed and chose lunch before the visit.
The set lunch included the speciality, black roast pork, and a bottle of their own wine.
The setting was very fine and the tour interesting. We bought a couple of bottles of their wine to take home. 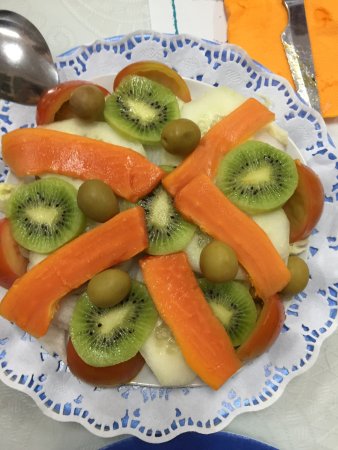 We took a chance to try this Restaurant-Guachinche on a Sunday lunchtime as most places you will have to wait for a table at least half an hour.We were lucky and the experience began.Started with a Fabada recommended by the owner who said if we didn't like it then we wouldn't pay.He was taking a chance with this offer but this is part of his charácter.Either way it was very good,next the chicken served with a salad that included fresh fruit and chips.Very good with a unique taste.We ordered the White house wine which came in a bottle and had to be uncorked,unsual as most of the wines served in these type of place are served in jugs or half litre caraffes. The famous choclate pudding as mentioned in another post here finished a very good experience of Canarian hospitality and homemade food. One small point a critic Vicente R here rates this place as poor he must have been having a bad day as a critic. The Price of the chicken still remains at 7,50 euros as mentioned in the post of 2012 so can't be bad. Must comment the wine we had came out at 9,50 euros where most charge 7-8 euros for this type of wine,the only negative point of this experience. 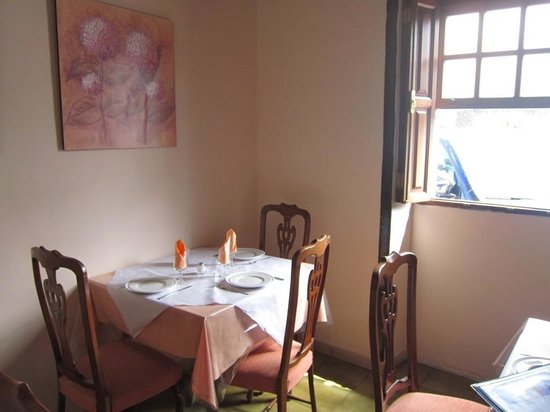 We found this lovely family owned restaurant (in business since 1947!) based on a recommendation from a Tenerife native. We we not disappointed! The chef, his wife and 3 sons all work hard to make the experience perfect. The paella is delicious and prepared to order. This is a gem of a restaurant that is a little way off the main highway -but still close to La Laguna and Santa Cruz. Worth the search!