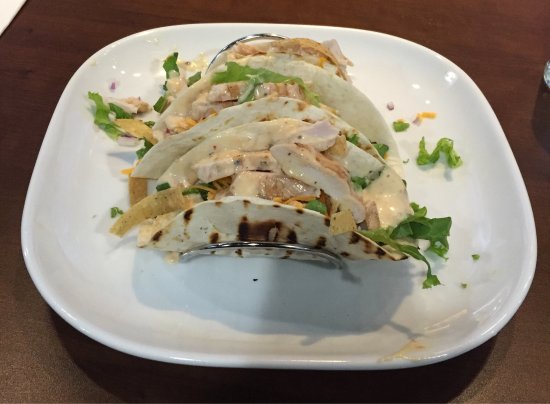 This was our second time in Stettler and our second awful experience with their BP. We did Delivery pizza. It was $30 for a medium Hawaiian pizza. The pizza had very little toppings and did not seem fresh. The Delivery lady was friendly. Dont waste...MoreHi, we're sorry to hear about your experience and would like the chance to look into this for you. Please contact us here https://bostonpizza.com/contact/ with the details. Thank you. 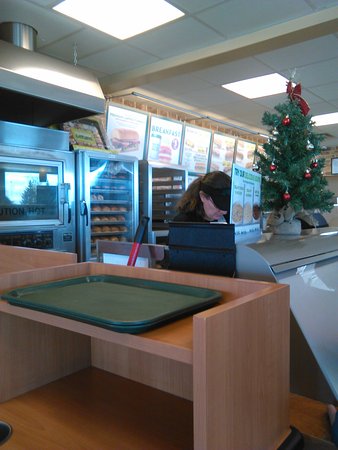 Subway is always reliable. Sandwiches are made to order and very good value. Several $5.00 foot longs are available. 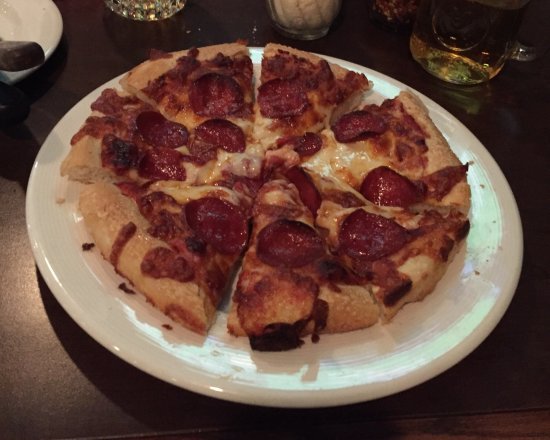 We stayed at the Canalta Hotel and wanted a hot breakfast so we stopped in. The restaurant was a seat yourself and quite comfortable.
I can't remember what my breakfast was called but it had two eggs, two bacon, two ham, two sausages with hash-browns and toast. Everything was done to perfection! the price was quite reasonable for the amount of food I received (I couldn't finish it all but it was all good). My traveling companion had two eggs, two french toast and ham - she said it was very good. The coffee was good and the service was very fast and very attentive.
The menu certainly has lots to select from - great place for breakfast. 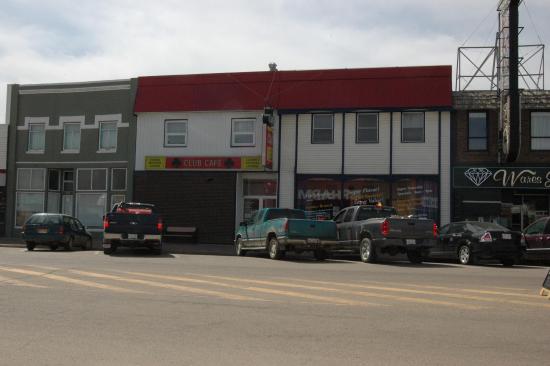 Just finished my first ever lunch at the Club and I will definitely be returning!
Decor is typical small-town Chinese restaurant, but very clean and not run down. The food, however, was way beyond typical. As a single person dining out I will often head for a buffet. It's quicker and cheaper than ordering a bunch of dishes and taking most of it home. That being said, no matter how good the restaurant is at cooking, the food usually suffers to some extent from the buffet service style. Well these people have obviously figured out that part of the equation!
Considering that it was a Wednesday lunch and the restaurant was in no way packed, the steam table was completely full to overflowing. No empty compartments, no dishes with only a small mound of food in the middle, nor any with only a few crumbs left. The selection was very atypical, with lots of vegetables and other dishes instead of being 90% deep fried. Also, there was a smattering of western dishes, an extensive salad bar section, and a basic but attractively presented dessert section.
The coleslaw was without question some of the best I've ever eaten! Fresh, crunchy, icy cold and just the right combo of sweet and tangy. Western dishes included thin sliced rolled roast beef in jus with onions, large pieces of beautifully browned chicken, and roasted potatoes with ham. The beef was a bit dry, but again surprisingly good for a buffet. And the ham potatoes were spot on. Wonton soup (one of two soups) was flavorful broth and nice solid wontons. Deep fried items were hot and crispy despite the fact that they were again sitting for some time. Spring rolls light.....explosion of crispy shell when you cut them, with nice crunchy vegetables inside. Dry ribs and wings crispy and tasty, not doughy and heavy. Vegetables fresh and appealing with big chunks of non-soggy vegetable, not just a sloppy mess of bok choy without much else. Pork dumplings were nicely browned but still soft, with rich pork filling. I could go on, but you get the picture.
I checked out the menu before deciding on the buffet, and it was extensive both in Chinese and Western dishes. Several lunch specials were also on offer. All in all, a lot of choices, and no doubt prepared with as much care as the buffet food.
Service was prompt and friendly, with typically chatty small town staff making me feel at home. I loitered quite a while as I was waiting for someone who was at a funeral, and nobody pestered me or looked at me like they wanted me to leave. They simply left me with my bill and a full pitcher of water on the table and went about their business. As a matter of fact, I'm writing this review on my phone at that very table!
No, this is not a "5-star" restaurant, and it doesn't pretend to be. But considering how much better it was than ANY buffet I've been to in a long time, I had to give it full marks. Despite every other factor, it is after all the FOOD you come for, and these people can obviously cook! 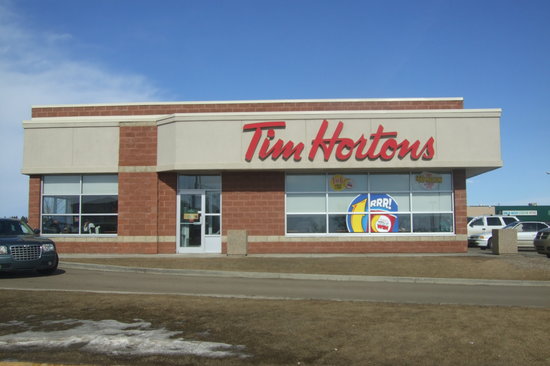 I went here many times food was good. then i went for their chill fruit drink in drive threw. I was driving took a drink seem different but i thought that was just the taste. I took another drink looked at the glass coins were in the bottom. I reported received a call a week later. he said he was manager I sent picture with coins in glass. another person call and she said she was the manager asked me to come back and bring the money back, i have never returned.

6. Other Side Family Restaurant & Lounge This place has such a large variety of items on its menu. There is literally something for everyone, except breakfast. Breakfast is only served on weekends which is a shame because they do it really well and I would love to come in during the week. Still the staff are excellent. Well worth a visit 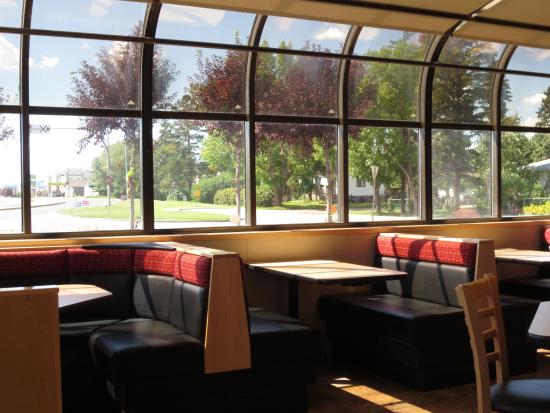 Had a peanut butter parfait and it was consistent with what I have had at others. Bathroom was d but clean and the service was good. 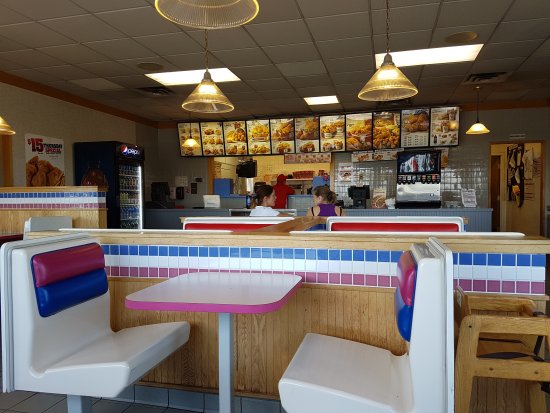 The chicken was very good and freshly cooked. We had the 18 piece original bucket meal plus a large box of Popcorn chicken I have to say though the fries were only average and nowhere near as good as the fries at A&W. Disappointed that there was no free Wi-Fi there. 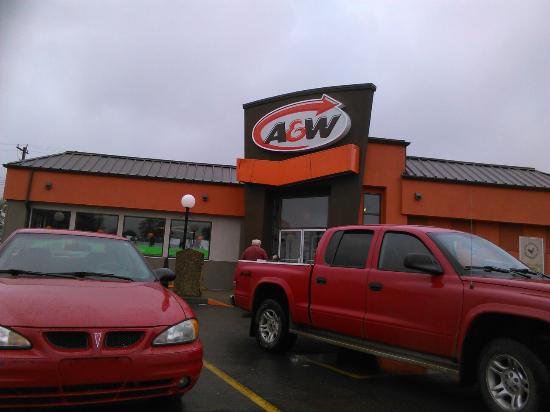 This is an A&W and we got what was expected. A trainee was taking orders and had a bit of a problem, but the experienced staff make sure all went right with the order. It was good to see new staff being supervised by a trainer. The food arrived fast and hot. We used coupons which were accepted graciously. 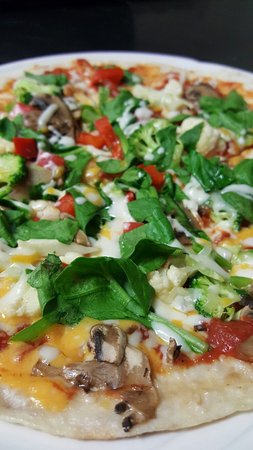 My brother and I stopped here for lunch recently. I ordered the Salisbury Steak, and he the veal cutlets. When the food arrived, it looked like what they'd serve in an old folks home - tiny ice cream scoop of mashed potato, and 2 tblsps of peas on the plate along with the ground beef patty drizzled with gravy. Having said that, the meat was very tasty and I enjoyed it.
My brother said his meal was good, but I noted his portions were also "small". Prices are average - I though a bit overpriced for what we received, but hey, everything is overpriced these days as far as I'm concerned. I ordered a glass of the house red wine, and it was a generous pour and quite nice. Service was good - the place was very busy, and obviously very popular. All in all, a decent place to eat, but not anything memorable.