Rancho Cordova is a city in Sacramento County, California, United States which incorporated in 2003. It is part of the Sacramento Metropolitan Area. The population was 64,776 at the 2010 census. Rancho Cordova is the Sacramento area's largest employment sub-center, attracting over 50,000 commuters. The city is served by Sacramento Regional Transit's various bus lines and the Gold Line light rail line, though fewer than 0.1 percent of commuters to Rancho Cordova use the line according to the US Census Bureau's American Community Survey (2010-2012). In 2010 Rancho Cordova was named as a winner of the All-America City Award.
Things to do in Rancho Cordova 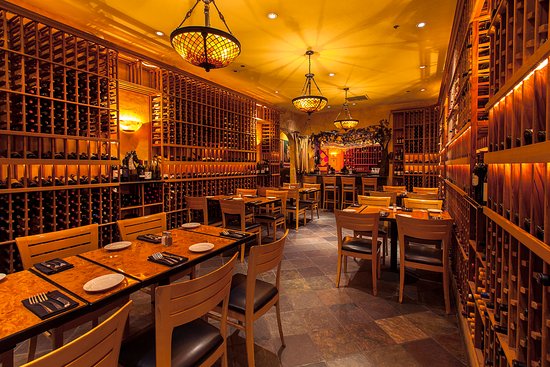 We specialize in fresh made Italian style dishes; Hand Tossed Pizzas, freshly sautéed pasta, fresh seafood-like salmon, halibut, scallops, and shrimp and fresh Angus beef.There is an exhibitionary kitchen in the main dining room, a full bar, a wine shop and private room as well as two outdoor patios.The wine list is a five time Wine Spectator Award Winning List. We feature over fifty wines by the glass; our specialty is west coast Cabernet sauvignon with over 200 selections. All wine is available to purchase to go at standard retail or less. In the restaurant the most it would cost is $14 over retail. The wine shop also doubles as a private dining room that can accommodate up to 30 sit down or 40 as a cocktail party.Two outdoor patios are in front of the restaurant for those who enjoy people watching.

Simply put, a great value for your dollar. This place felt like Italy and the service and hospitality was 5 Owls. 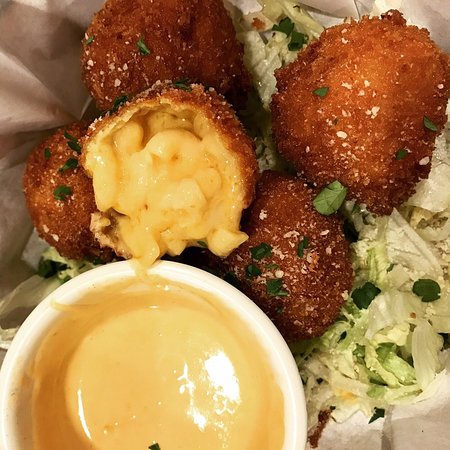 Skip&apos;s Kitchen is a fun, family owned restaurant that opened in 2011. Our goal is to provide a great food in a fun atmosphere for families looking for a neighborhood restaurant. Skip

This is an amazing little cafe! Everything was fresh and delicious, seasoned just right and really tasty. The pulled Turkey sandwich was fantastic, as was the burgers. The staff
is friendly and very outgoing, always refilling drinks and engaging with customers.
My sister and I agreed we'd return soon!

The Kitchen, a Selland Family Restaurant, serves a five-course prix fixe demonstration dinner menu based on a monthly seasonal framework that features the best and freshest ingredients available on a daily basis, mostly procured locally and regionally. Dinner service also includes an interactive intermission featuring chefs’ tasting stations, as well as a finale of fresh herb tea service and artisan coffee served with Dessert. BY RESERVATION ONLY.<br><br>The Kitchen Restaurant has earned every imaginable local and regional award along with an impressive list of national accolades, including the AAA Five Diamond Award five years running, a nod as a semi-finalist for the James Beard “Outstanding Restaurant” Award, the highest Zagat ratings, and honors from Wine Spectator and Wine Enthusiast, as well as inclusion in the Yelp Top 100 and the Open Table Top 100.

Kitchen is not a regular restaurant but a restaurant theater where the food, the chef and the staff are the stars !. The chef is entertaining with good sense of humor and has amazing culinary skills. The staff was attentive, friendly and ready to make the evening spectacular for us.
We were here for about 4 hours but didnt feel it was too long. The food was extensive, in addition to the course menu, the intermission had spread of gourmet food ( Sushi, tacos and other snacks). We were served a platter of dessert along with the dessert course and a take out box to take it home.
On arrival we were encourage to roam the back kitchen and pantry where small plates were offered.
All in all incredible experience watching chef and crew make food in front of us, entertaining talks and amazing food.

You know that most Starbucks are almost exactly the same. The differentiating factor of course is the service. During my three day stay at the hotel in which this Starbucks was located, the young lady who waited on me took the time to remember my name and would say hello every morning I passed by. Also remembered what type of coffee I wanted also. Best! 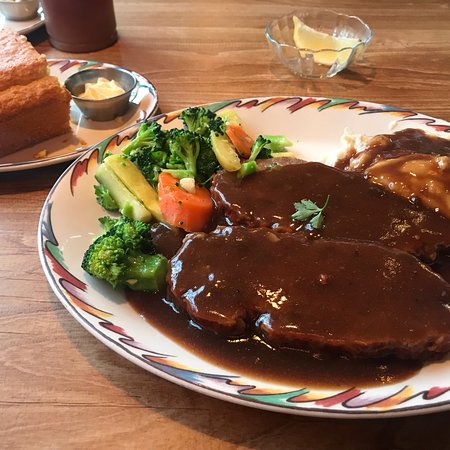 We serve breakfast,lunch and dinner in a casual,welcoming atmosphere. All of our meals, soups, sauces and baked goods are freshly prepared from family recipes. We have something on our menu for everyone, from Eggs Benedict & Corned Beef Hash to the Best Burger or Salmon Dinner in town! You will enjoy fast, friendly service at a reasonable price. Value and quality delivered with a smile!

We dropped in for breakfast and, although it looked busy, we were seated promptly. The menu is extensive and offers some fun choices. I chose a blueberry scone to accompany my omelet which the gal said they make there along with cinnamon rolls, biscuits, etc. Everyone enjoyed their food and the service was good. The ambience is pleasantly casual with an emphasis on the family who started the restaurant. This place offers a step up from ordinary fare. 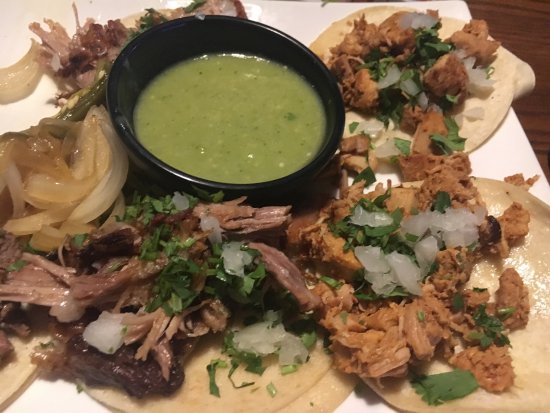 Reviewed By Robin B 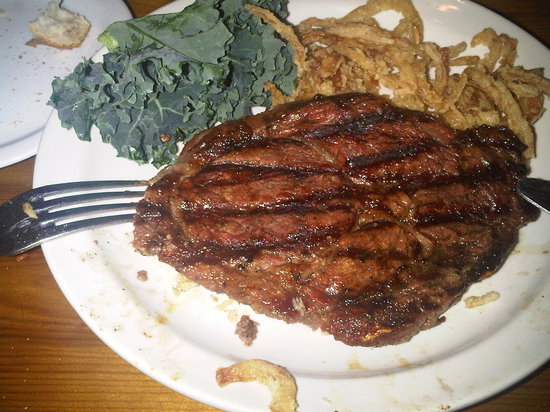 Often overlooked by the Ruth's Chris, Mortons crowd, they've been serving tasty steaks, lamb, chicken and chops for a long time at a much more affordable price.

Set in a western theme, dinner is served with a big salad bowl as you like it, baked potato and they bring a kettle of beans to the table...all you want. So you do not go away hungry and don't empty the bank account. 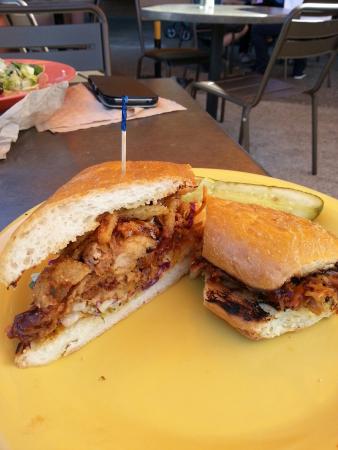 Jack's offers a wide variety of food. There's always made to order salads with choices of veggies, dressings including sliced grilled chicken or Turkey. Hand carved fresh cooked Turkey dinner with the trimmings. Grilled potatoes, veggies, etc. When I walk out of Jack's I feel like I just ate a really healthy meal. I know I'll be back again, sooner than later. 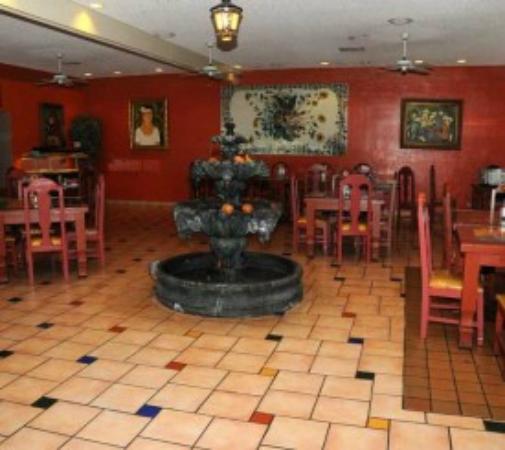 Went here for dinner and while I'm he food was ok the service and the margaritas were below standard. Best thing about the food was the chip , salsa bar. Pork chili verde was good but I've never had white beans served in a Mexican restaurant, very bland
Ordered a Cadillac margarita, here that means cheap well tequila and a fake grand marnier. It was no doubt the worst margarita I've ever had. If it had been a buck I still wouldn't have drank it. I couldn't drink half of this sickly sweet off tasting drink and the server didn't do anything even when I told her it was awful
Save yourself the trouble many better places around 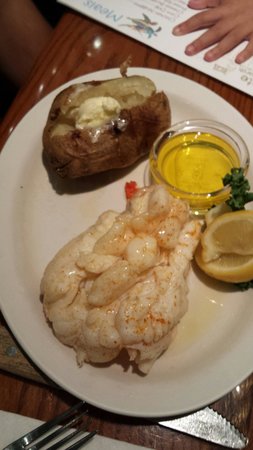 It is not shown on the internet, but they have "mid-week specials" which are available Monday thru Sunday, and they are an amazing buy, eg. Tuesday-Prime Rib with Baked Potato- $19.95. I had it and it was excellent. They have a very good wine list...MoreWe're so glad that you enjoyed your experience! Thank you for the review.