Ommen (Dutch pronunciation: [ˈɔmən] ( listen)) is a municipality and a Hanseatic city in the Vecht valley of the Salland region, which is at the heart of the province of Overijssel in the eastern Netherlands. Historical records first name Ommen in the early 12th century and it was officially founded as a city in 1248. The municipality had a population of 17,642 in 2017 and covers an area of 182.01 km (70.27 sq mi).
Things to do in Ommen Reviewed By simon b - Newcastle upon tyne

this restaurant has a buffet style service, but compared to the same style of food we have England, it is of a very high standard, the restaurant is decorated to a high standard, everything about it is classy, service is great, there isnt a huge choice of food, but what there is is very very good indeed, and there is also a teppanyaki section, cooking steak, salmon, prawns etc to order, and this too is of excellent quality.
all in all very good indeed, i have visited several times, and will continue to do so when i have the chance, its about as good as it gets. 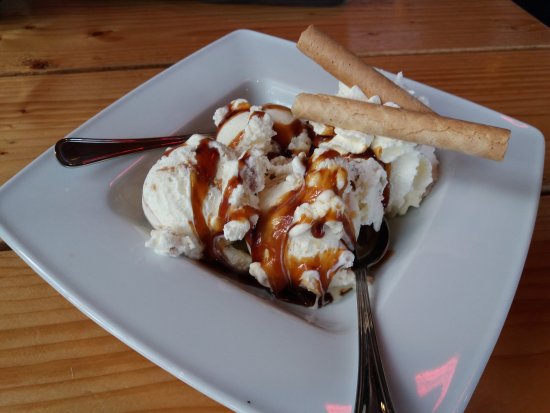 I chose pannenkoeken with Stroop and with Spek en kaas and I found them very tasty! Service is good and the location is cousy and clean. I can't wait to come back to Ommen and come here again trying new types of pannenkoeken!

This cozy restaurant/coffee house has a wonderful "dag menu". You are able to select from different courses. It is not fixed like most of the "dag menus". Service is friendly and efficient. Make sure you make a reservation, specially in the summer time, it gets quite busy. Afterwards enjoy the very well know and best soft ice of the region! Very good salads and they have a very nice menu. They have a nice Terrace, their Cappuccino is not good!. Service is a bit slow but friendly. The food was more than ok, tasted very well, portion sizes more then generous. But having to ask for a bit of bread, waiting endlessly for the starters and again for mains does not give you the best feeling in the end.

We visited our friends in ommen, and they invited here to celebrate birthday.
Staff was very friendly and very patient to our different requests. We were with two baby - 1.2 year and 10 months old.
Our friends recommend this restaurant for mussels. And it is worth to try. There are 8 different kind of recipes. We choose 4. And it's was more than enough. Two bottles of rose come in places as well.
The food was good, but a little bit slow. According to our friends that was quit unusual. But any way we fully enjoyed our evening, and food.
Looking forward to get here once again 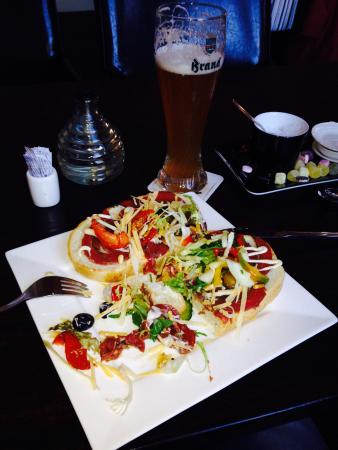 If you like quantity of food this is the place. Starter of warm prawns very good although prawns a little firm. Beef carpaccio very good. Main pasta with blue cheese was more like a salad and no cohesive sauce to tie together - but very good ingredients. And arrived with chips and salad! Quality ingredients and good service but won't be visiting again.

Stopped here for just a Kroket, and our party kept going back for more. The premises are split into two, with a take-away section and full restaurant next door, there is also plenty of Seating outside, for when the weather is fine. Overall very good value for money, the portion of chips/friet was also very generous, but we decided that the Krokets, which were half the price of those sold in the nearby Adventure Park, weren't as flavourful...perhaps we've just overdosed on them! 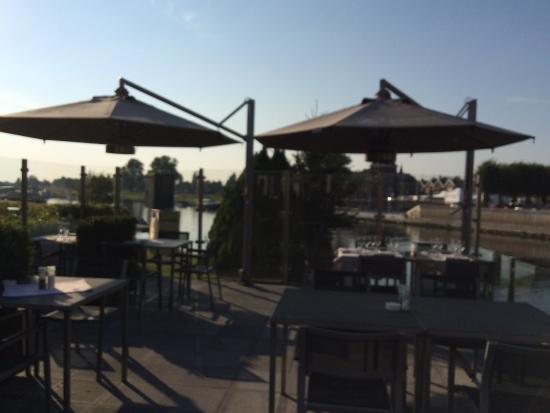 We stayed here for a business trip in the east part of the Netherlands, it's a great place right on the banks of the river IJssel. The room are OK, I think the interior was a bit out-dated but clean an I had a great night of sleep in the double bed. The Hotel bar is cosy and funny to see all the peanut shells on the floor. The biggest surprise however was the Hotel restaurant! Just a GREAT kitchen. The chef is a hero and will make me come back either on a personal or business trip. Warmly recommended!
Tip: the hotel doesn't have a gym but offers a free entrance to a gym a couple of kilometers away in the same area. So that's a great extra service!

Reviewed By Hans750 - The Hague, The Netherlands