Most Popular Restaurants in Portsmouth

Portsmouth is a town in Newport County, Rhode Island, USA. The population was 17,389 at the 2010 U.S. Census. Portsmouth is the second oldest municipality in Rhode Island, after Providence; it was one of the four colonies which merged to form the Colony of Rhode Island and Providence Plantations, the others being Providence, Newport, and Warwick.
Things to do in Portsmouth 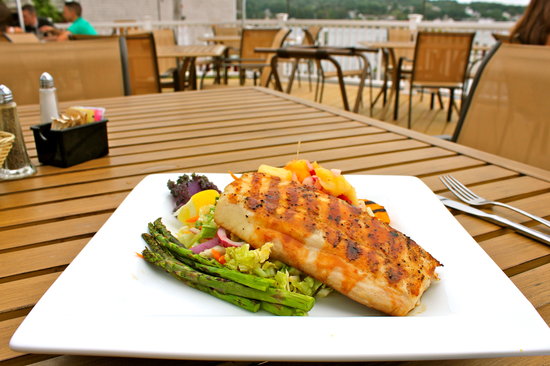 A special treat in Portsmouth Rhode Island along the Sakonnet River. Busy, but not crowded, 15 Point offers casual upscale dining with an enchanting moonlit river view. A traditional menu, strongly influenced by the local bounty (especially from the sea), pleases most everyone and house specialties are an ever-changing eclectic delight of innovative and contemporary dishes. Once inside you will be entranced by the view of the Sakonnet River which leads out to the ocean beyond through the panorama of windows. While enjoying Al Fresco dining on our deck, across the river you will occasionally notice the local fishing boats as they make their way to the Tiverton fish market. If you&apos;re lucky enough, you might even catch one of the local lobstermen heading out to tend his lobster traps in Mount Hope Bay!

We enjoyed our experience at Fifteen Point. We started with the white clam chowder. The clams were tender but there was too much tarragon in the soup. The chowder did not need that much. I had a dish called Mount Hope Seafood which had 2 large shrimp, 2 sea scallops and a healthy portion of lobster meat over a flaky pastry with a white cream sauce. It was really nicely prepared as the seafood was tender. It came with roasted fingerling potatoes and a delicious spaghetti squash/tomato veggie. You have a nice view of a river but they have to do something about the dumpsters right in front of your line of sight by a closed bridge. Service was outstanding and all aimed to please.

Tip: Make reservations as the dining area is not that large.

You usually can find parking in front. You pull up thinking it is a quaint little coffee shop, but it is so much more. Clutter and crafty and laid back, it is the most interesting coffee shop in the state. GET THERE EARLY! The pastry and snacks are so good, but once the stock runs out it is not replenished. The staff is great and varied. The line can be long. That is a great opportunity to look through all the flyers, advertisements ,brochures, and business cards. It is an interesting place with fantastic products. I had shakes, cold drinks, and hot drinks. Go to hang out. It is a great place to chat. You will see Lulu Lemon cladded Pilates moms to Portuguese construction workers, the retired reading books and the young adults talking to each other without cell phones in hand. There is a large bike rack and plenty of seating I am sure they have a bathroom, but didn't use it. 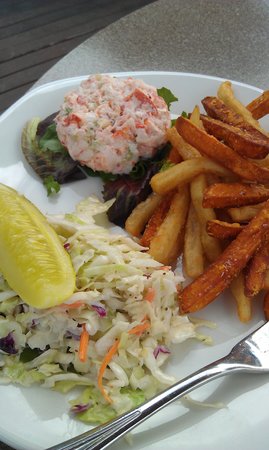 Waterfront table, sunny day, good drink and food choices all set you up for a great lunch. Too bad the food doesn't match up. No real complaints but more disappointment that with just more attention to improving food flavor this would be excellent.

Good drink menu; the martinis were very good. Food ranks average. Lobster rolls not nearly as flavorful as they are in many local places....frozen?
Fish tacos were bland, fish was good, toppings not so much. Chips, home made or not, don't go well with $15 to $20+ sandwiches. One opted for fries, lukewarm and pedestrian.

Overall I get the impression relying on the views is what mgmt. wishes to emphasize; these food quality shortcomings would be easy to address and improve. 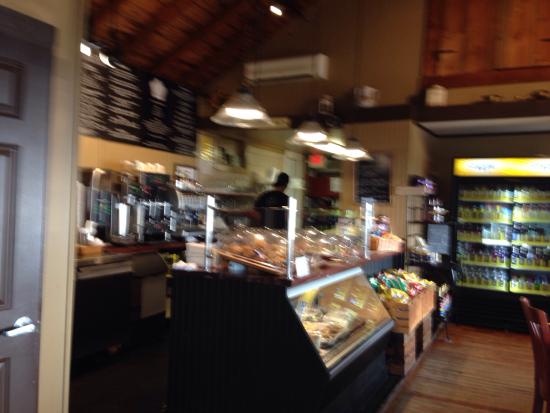 Five of us (adult family members spanning 3 generations) had lunch here.
Everything was fresh, tasty, and exceptional, from my BIL's BLT to my mom's chicken salad sandwich on really great marble rye (which I shared with her so we'd have room for dessert) to my niece's bagel breakfast sandwich and my sister's Greek chicken wrap.
And the coffee and iced tea were very, very good as well.
We then ventured to the ice cream shop that's adjacent.
The ice cream was over the top. Probably one of the greatest shop bought ice cream cones ever. My BIL said it was better than Ben and Jerry's because it wasn't overly sweet. It wasn't the sweetness that got me, it was the crisp, strong flavored and quality ingredients.
A truly well run quality business.

This little gem of a place is becoming our go to place when we are too lazy to cook for ourselves. Great small cozy place with great food. Go early as you won’t be able to find a table at dinner time. It’s been discovered! Need I say more.

I stop every morning to pick up coffees to go. Occasionally will order donuts or sandwiches. Great service by a very friendly and courteous staff. Convenient location and drive through is easy to access. 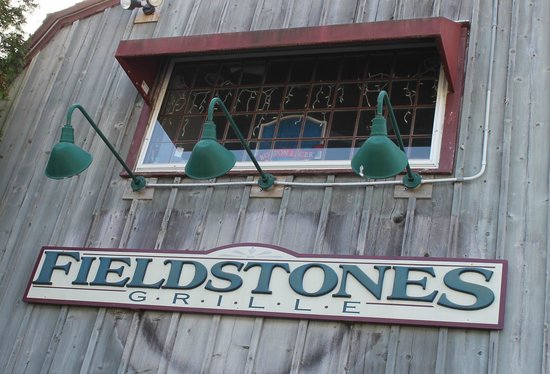 This restaurant was recommended by a local merchant when we asked for sit down lunch recommendations. We both ordered one of the specials, a lobster roll for $18. It was delicious and included lots of lobster. The restaurant was busy, but the servers were did a great job of managing it all. 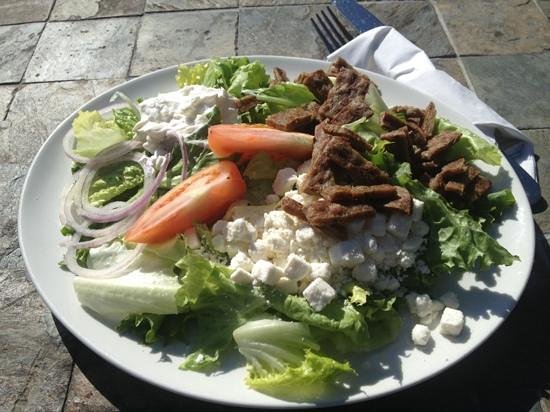 This cafe is cute and quaint. The Panins are very good (I had tuna). The cafe dies have many other interesting offerings such as mousska, spanikopta, and quiches. Breakfast is also served, with options such as French toast soufflé and steel cut oatmeal.

The cafe is small, with a total of only 7 tables (for 2 or 3 people each) in addition to a deck (with 6 more tables). They serve lots of different kinds of coffees and teas. The ordering occurs at the counter, and your order is brought to your table. When we were there the entire staff (of perhaps 8-10) were all high school or college age and outnumbered patrons.

Located across from a body of water (wide river) and a busy street, the view is nice. Some people were fishing nearby. This was our first visit to this yummy, funky, caring restaurant! My husband and I enjoyed a sandwich and a burger, and we were impressed with the fresh and mostly locally sourced ingredients. The food was generous and ingredients were all of high quality. Even though the restaurant is relatively small, the staff has a good sense of pacing and flow of patrons, so they assured us there would be a table available by the time our food was ready (which was true). We loved the atmosphere - wood everywhere and fun wall decor. Only drawback would be for people who cannot use stairs - a must for this place with much of the restaurant seating upstairs, along with the bathroom. We will happily return!! 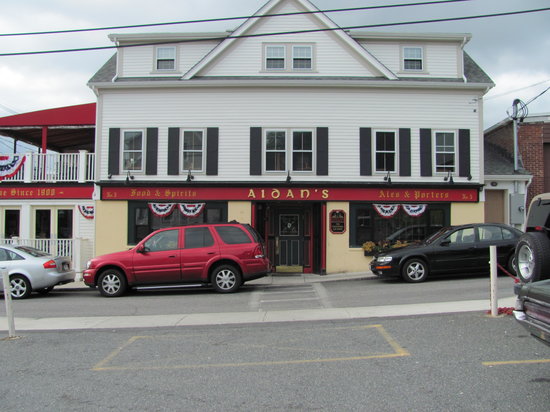 ...Guinness, of course. We didn't read the menu or ask about specials as we knew why we were there! Service was efficient, as usual The only downside was that all their credit card printers failed which delayed our departure. The server, who handled it beautifully, seemed surprised I had to get to a conference call.