Litochoro (Greek: Λιτόχωρο, Katharevousa: Λιτόχωρον) is a town and a former municipality in the southern part of the Pieria regional unit, Greece. Since the 2011 local government reform it has been part of the Dio-Olympos municipality, of which it is the seat and a municipal unit. It is located at the base of Mount Olympus, on the western shore of the Thermaic Gulf. The first recorded mention of Litochoro is in an account of a visit by Saint Dionysius (Greek: Άγιος Διονύσιος) to Mount Olympus in the 16th century. The town is a popular destination for those wishing to climb Mount Olympus as almost all climbing routes begin to the southwest of the town.
Things to do in Litochoro 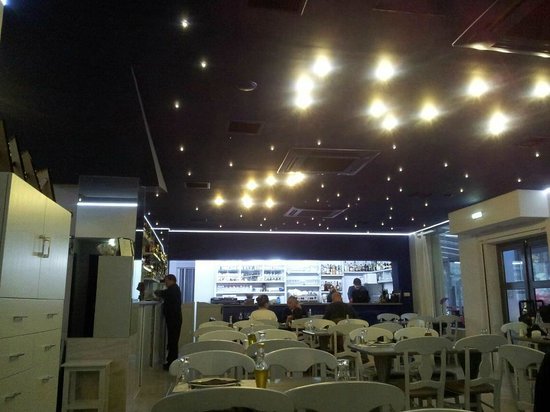 Very attentive service, accompanied by very warm welcome on arrival. Inventive menu it’s items such as Greek Black Pig, which was simply delicious, and scrumpy ample plateful of locally-reared lamb, which my wife thoroughly enjoyed. House wine was very reasonably priced and eminently drinkable, and we were presented with some delicious home-baked cake, compliments of the house, which was a nice touch, and gratefully received. Forgot to mention that we were given a cup of home-made vegetable soup as a great aperitif, as a precursor to our meal! Would thoroughly recommend a visit! Anita and Rod 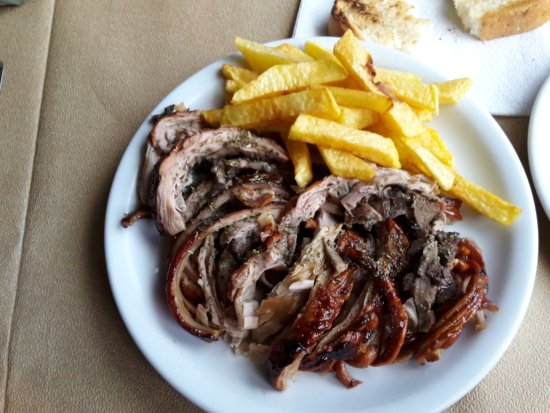 Reviewed By Mark B

My fiancé persuaded me to go here after she had read some of the reviews. I took a look through the restaurant window and wasn't impressed with what I saw, especially compared to the more modern looking restaurants along the main road. However, we went in, took a table and ordered some food and, boy, are we glad we went. We had a great salad, fried courgettes, bougiourdi and meatballs in yoghurt and it was delicious. The food tasted great, the portions were generous and when the bill came, there weren't any scary surprises. I think this restaurant may suffer due to its location but it's only a few doors away from the main street and I would recommend anyone visiting Litochoro to keep an eye out for this place. 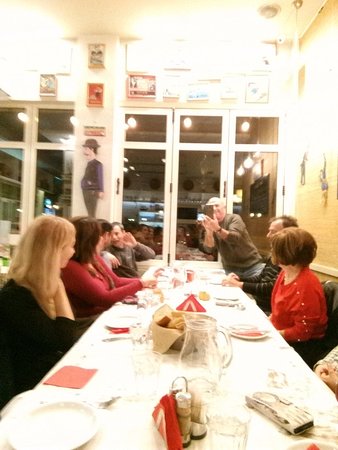 Every day from 12a.m to 12p.m. we are here to serve you chosen snacks and delicious dishes το accompanyyour ouzo,your draft beer or your wine.

Fantastic food and Nice processo. You have a wide choice of dishes with some Anatolian and some dishes from Metsovo that are unbelieveble. Also greek traditional food is super. The Best in litoch oro 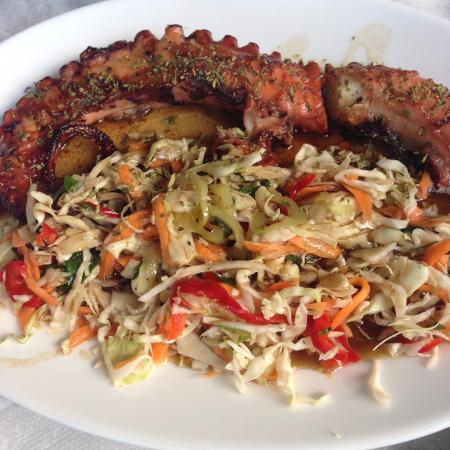 Delicious food near the beach. Octopus was nice, but it was a small. The sea bream was also delicious, just tzatziki was not very tasty. The restaurant chairs are not very comfortable. 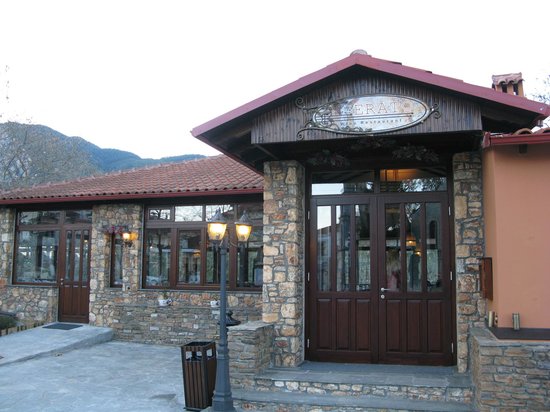 Reviewed By Eva B

I've eaten a pasta here and it was not bad but also not good. The main disturbing thing about this restaurant was that the waiter did not pay attention to the customers. The waiter taking care of my table was sitting with a colleague and/or...MoreWe apologize if something went wrong. We always try to get better and we hope to see you again! 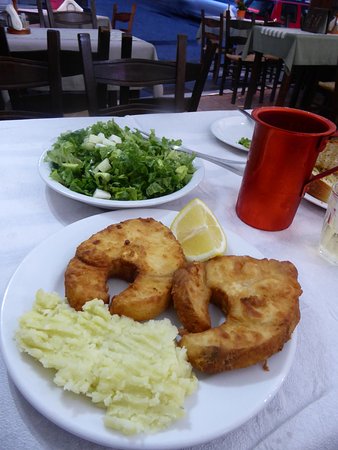 Up in the old center of Litochoro and away from busy Agiou Nikolaou Street, where most other eating places, cafés and bars are located, can be found this very traditional family run place. There are two tables outside, but it was a rainy day, so I sat inside, with a TV on (but silent) and a pleasant Greek background music (not the usual tourist songs I heard further down).
The original menu-card had wooden covers, but the pages inside were almost non-readable since they had been written with ink, which in the meantime had almost completely faded.
The restaurant advertizes itself mainly as a fish tavern and related to the sea is the decoration on the walls, reminding one that the mountain village of Litochoro always had strong ties with the sea (not for nothing there is a 'Maritime Museum' to be found in this little town).
Since there had been several bad days I didn't go for fresh fish, but for galeos (from the catshark family), which usually is frozen and gets served in tranches together with the garlic-dip 'skordalia', which in this case was surprisingly mild.
The house-wine gets served in the traditional copper pitcher and the white one was quite drinkable and less watered down than elsewhere. The cutlery comes with a wet-towel and the bread had been grilled and was sprinkled with olive-oil and oregano.
At the end the friendly owner came to my table, tapped me on the shoulder and asked me, if everything was okay. This didn't happen at all the other places here and I didn't mind that this was also the only restaurant, which didn't offer a free dessert. 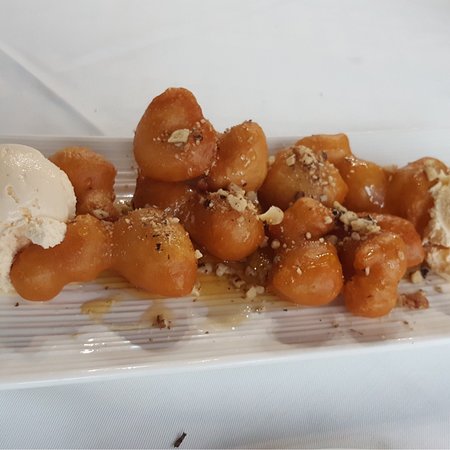 &apos;Ellinikon&apos; provides you and your company fresh fish of chosen variety and exceptional quality, traditional titbits, salads and appetizers. All these - cooked using the purest ingredients - combine ideally and harmoniously the unique flavors with a homey ambiance. The traditional preparation and maintenance of cover a large amount of ecological requirements and preferences.

After a recomandation of our hotel we spent a wonderful evening in the heart of this charming garden... the place is not easy to find but we made it and did not regret ! THe food is super fresh, well baked/grilled and seasoned. the service...MoreDear customer, Thank you for yor flatering comments and for recommending us at TripAdvisor :) We hope to see you again ! 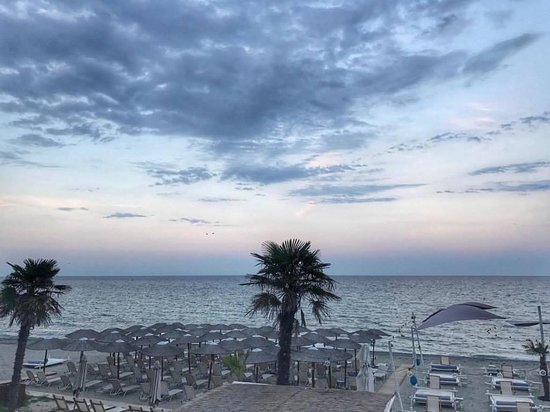 A very nice and romantic beach bar, just by the sea. You can enjoy your coffee, soda or drink, watching the waves of the Aegeon Sea! 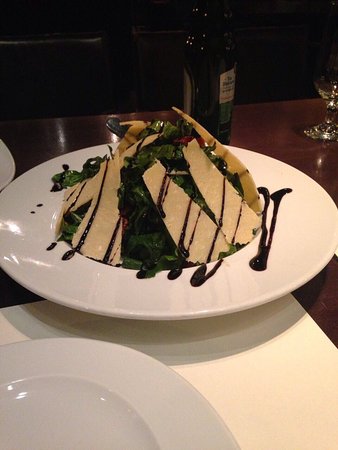 Who found here the best pizzas have never tasted an actual pizza. The cheese of the pizza is emmental which makes the pizza very greasy. There is mushrooms in almost all pizzas.
The staff is not particularly nice while not being unpleasant.
Location is ok and prices are way too high for the quality of the food.

Cooked traditional homemade dishes prepared with care and genuine ingredients. In a family environment in Litochoro square opposite the Fountain and the Church of St. Nicholas in the shade of the mythical Mount Olympus. • stews, baked foods • meats grilled • fish - seafood • Fresh salads ouzo, tsipouro, retsina wine selection accompany our dishes. Excellent, fast service, always friendly prices. We are a family restaurant business, operating since 1987 in the square of Litohoro and offer cooked homemade food and local raki with various appetizers. There are 40 seats inside the restaurant and 50 seats in the courtyard. We use fresh ingredients and local meats from local producers, with a strong emphasis on quality.

Our family ate lunch at this restaurant with another family and we all enjoyed our meals and the service. The waiter was friendly and attentive. We liked the outdoor setting and the location. At one point one of the workers came out and extended the awning to provide us with additional shade, which was very much appreciated on a hot, sunny day. Our meals were very good and we had a fantastic dessert (kazandibi). We forgot the name of it, so we recently emailed the restaurant to ask about it, and they were so nice to respond. We highly recommend this restaurant.