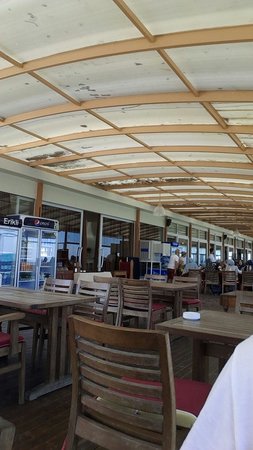 We had a great lunch here on a cold day in early Oct. since practically all of the Seating is outdoors we got a little cold.
The food was very good...especially the Musakka. (An eggplant dish with ground. Meat in a tomato sauce)
Service was quick and very efficient 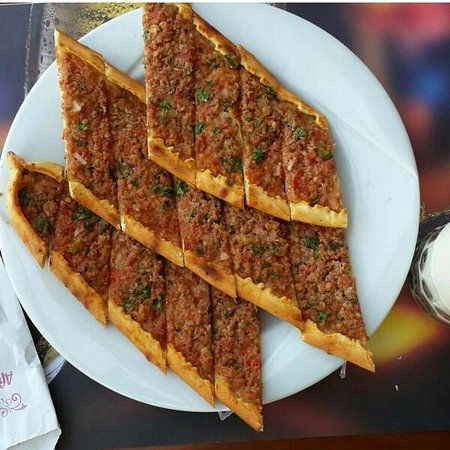 This is a local neighbourhood restaurant specialized on Pide. Do not expect much from ambience. Good for a budget lunch or dinner with the family. Pide served crusty, thin and tender. 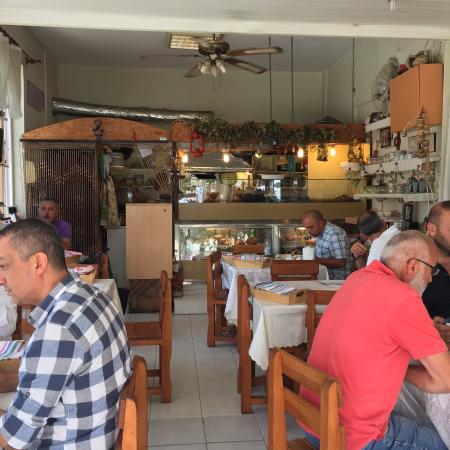 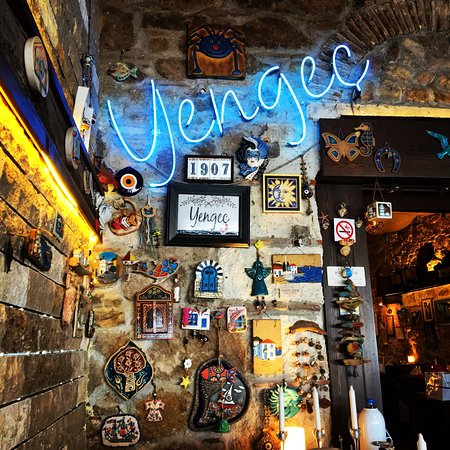 What they do: • As of today, they o offer us 110 types of appetizers. 28 of them are made upon the suggestion of the guests, and you cannot find them everywhere. Such a wide appetizer range is not available in Turkey. o offer us 22 types of quite special warm starters, and they all have specific attributes. o They offer 18 to 22 types of different fish. • Since the maximum counter life of fishes is 2 days, Mr. Ozer only offers fresh and daily caught fishes. • They aware that they address to our stomach and palate. So, they use the materials of highest quality in all their products, • In addition to such favourable fish, especially appetizer sorts, they make us feel in our home, in our kitchen with a warm interest and grace in a fantastic atmosphere accompanied by delightful music. • They use all products especially in their seasons. • They always work on innovation and different tastes to take us beyond the routines. • They attach maximum importance to hygiene.

its very hard to be one of the best Restaurants in this region but to stay in this level istn that easy. We all 3 enjoyed our late afternoon very much. Congratulations on yengeç team,you're still amazing ?

Angora restaurant and bar is a friendly, family run restaurant serving great food and drinks, all at reasonable prices. We offer a save environment for you and your family and cater for all needs. We have free pool table, free wifi, free entertainment, cocktails and much more!! Our chef is extremely passionate about the food he provides, we look forward to seeing you very soon.

I've travelled to many resorts in Turkey and never gone back , but I've got to say , the Angora is a little gem , run by smiley and his brother I've got to say the food is amazing , and I'm ready to book up for this place next year as soon as I get home ,
Once again the food is amazing in the 2 weeks we've been here , we tried one other restaurant bfore stumbling over the Angora , smiley welcomes every one as if they are his family lovely man , and waiters appo, ( hope I've spelt that right , apologies if not ) and Emmet lovely lads and hard workers ,10 out of 10 for the angora , see u next year smiley xx
Sharon , martin , meg & tom boy lol xx 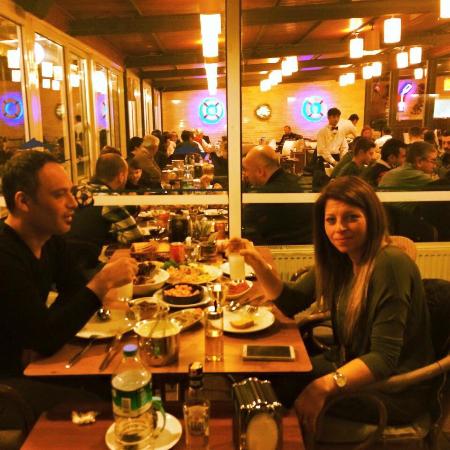 Bring you own fish from the market or buy from the restaurant fish stall just outside. Pay by weight and leave it there to be cleaned. Meanwhile, go into the restaurant, choose your 'meze' order your drinks and be brought toasted village bread. Go for beer not wine which is way too expensive and be prepared for children playing around their tables while large family groups enjoy a LONG meal. In good weather, the outside Seating is fine and you may get the chance to see fishermen mending nets or emptying their catch. Nothing very fancy but good value and way cheaper than restaurants at the Alsancak end of town. 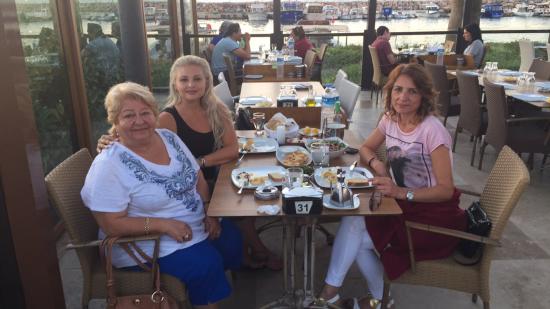 Great location and amazingly fresh food!
Had fresh levrek, calamari and garlic prawns. The salads were to die for however eating in Turkey with a great ambience the only disappointing factor was the music. I would have preferred to listen to Turkish music, after all we are in Turkey. I would have appreciated Turkish music 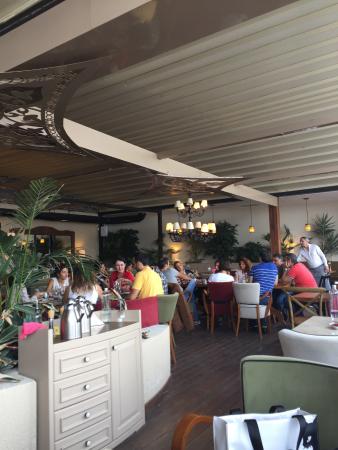 Alsancak has "La Cigale", Guzelbahce has "La Folie" French type brasserie.
Steak is very good and they know how to cook it to taste.
Pizza is thin crust and tasty as well.
Interesting wine selection, but few quality cognacs for a "brasserie". It is nice sitting with the sea view, or next to the chimney in winter.
One negative: Mushrooms served are NOT porcini but an other type of mushroom sold here in Turkey. They're not bad, but not porcini. 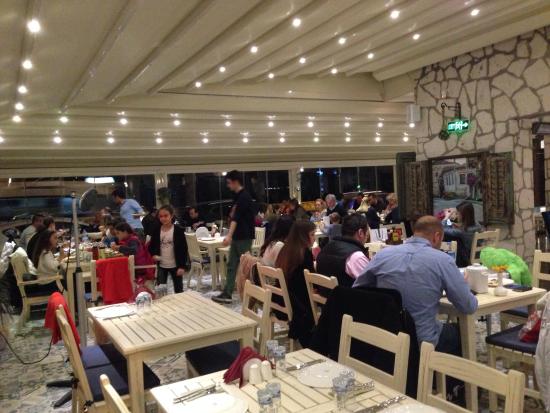 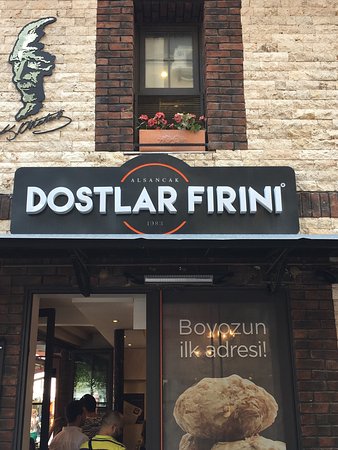 The Place for feel a Turkish in the morning. I tried with cheese ? and eggplant ?- it's was amazing! Don't forget to take eggs, they cooked in the oven and unfortunately, You have to wait for the place ?