Gura Humorului (Romanian pronunciation: [ˌɡura huˈmoruluj]; Hebrew and Yiddish: גורה חומורולוי - Gur’ Humuruluei or גורא הומאָרא - Gur' Humura; German and Polish: Gura Humora) is a town in Suceava County, north-eastern Romania. It is situated in the historical region of Bukovina. Gura Humorului is the seventh largest urban settlement in the county, with a population of 12,729 inhabitants, according to the 2011 census. It was declared a town in 1904 and it became a resort in 2005. The town administers the former village of Voroneț (which became a neighborhood), site of Voroneț Monastery.
Things to do in Gura Humorului We ate twice at this restaurant while in Gura Humorului and both times the food (we tried mostly traditional dishes, of course) was very good and the portions quite large.
The place was warm and cosy, had a traditional, rustic look.
However, it needs improvement in the service area. The serving time was quite long, even when the restaurant wasn't too busy. The attitude of our waitress was almost rude one time. She refused to take one of our orders pretending that it would take a lot of time to cook it (we weren't in a hurry).
Please improve your service and teach your staff how to attend quests, it's a shame to lose clients when you have such a nice place and such a good, authentic food! 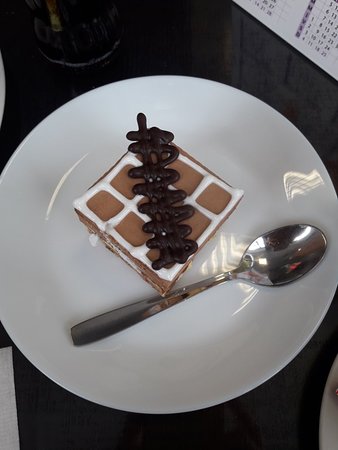 This is a simple cofetaria in the main street of gura humoralui. My wife and i had lunch here are were very impressed. The food was simple (grilled meat, pasta and stews) but tasty and well cooked. It also has delicious cakes and good coffee. The lady who runs it spreaks quite good english and was very friendly. Recommended. 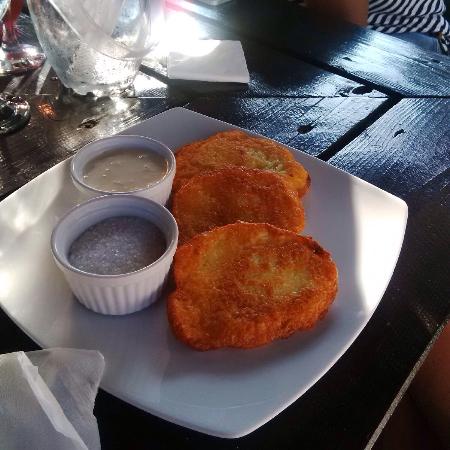 We stopped here for lunch on our way to one of the nearby monasteries. It was nearly empty at the time but the service was great and the food outstanding. The staff went out of their way to accommodate different tastes and gave us a good experience of Romanian cooking. 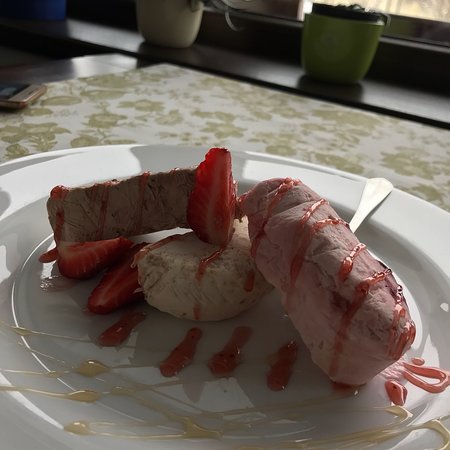 Our restaurant can comfortably "accommodate" 40-50 guests. Voices from "the public" say that it has an Austrian feel to it. We start to believe the same. The ambience, the view, the privacy, the services were designed to delight and comfort. The cuisine was created in the name of keeping or restoring health. It goes back in time, in the 50s, incorporating both the nostalgia of the old times, with the virtuosity and culinary experience of our cooks. We proudly admit that we produce a great part of the ingredients used in our kitchen. We own an orchard, a vegetable garden, a solarium, a poultry micro firm, all cared for respecting the precepts of bio-agriculture. Moreover, Hilde&apos;s kitchen and pantry are "updated copies" of those of our grandparents. All menus are patiently prepared like in the old times and one can notice the taste and the unique flavor of ancient recipes.

I was part of a group visiting for lunch. We had a set lunch of soup, cabbage rolls and polenta and followed by doughnut with fresh berries and cream. It was accompanied by a variety of apple juices. All dishes were explained to us by the owner who emphasized the use of organic products which were locally produced wherever possible. The dining room was welcoming and the service was very good and efficient. 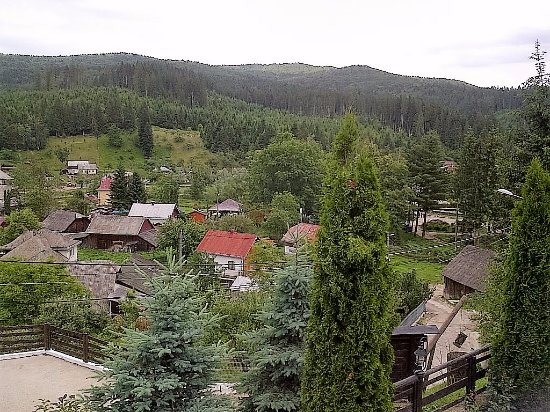 You could almost taste the stream, the fish seemed so fresh. We also enjoyed several traditional dishes, and the servings were huge. Tomatoes so sweet, better than Jersey, which I never though possible. Chuc lemon was the Romanian shandy which I loved having, and the female wait staff was fantastic (the men were pretty slow but the women hustled, yet never hurried you either.) 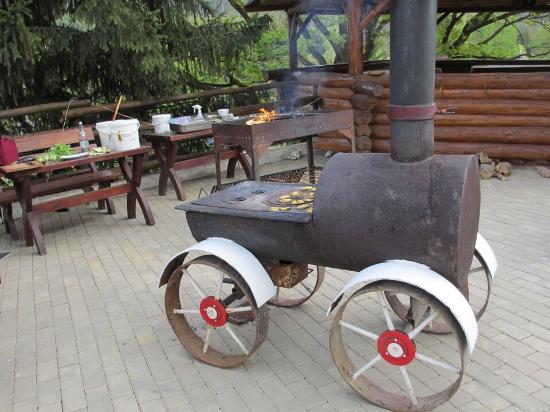 We come to this restaurant to have a clasic Romanian lunch>The restaurant is situates up to a hill with a fantastic view> Their garden is beautifull. Accesibility by car with a road accessible to wheelchairs.The food was the best we hade in a Romanian type restaurant.The bread, pickles\ were home made and very tasty. Every dish we had was huge and tasty but I didn't succeed to finish Service was excellent and all the place looks like an old country house but with big windows for the view.If you are in the area, you must try its cooking. 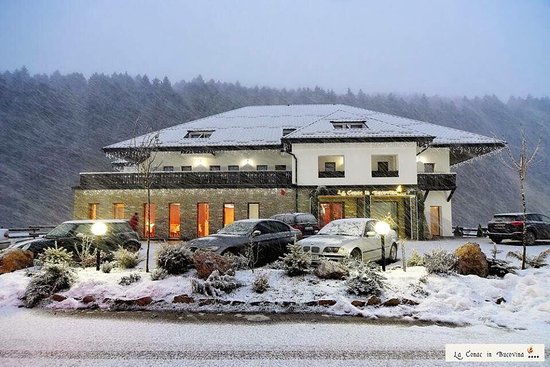 TraditionalRomanian cuisine with a modern twist. We use only the best ingredients.

The food is extremely good; the breakfast was probably the best we have taken in Romania. The food is varied, but most important, is natural / bio. One can feel the true taste of things home made in terms of both cheese and meat dishes....MoreDear radu, Your review means a lot for us.Thank you for spending time to write this words and hope to see you soon in Bucovina. Corina , Manager 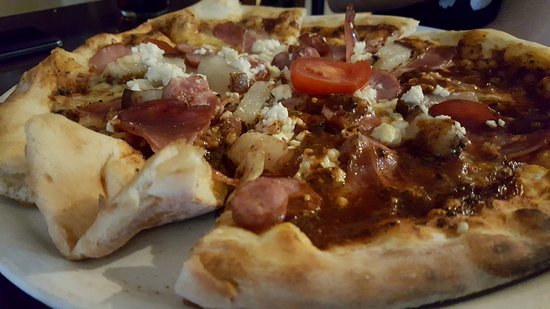 90 minutes Delivery time for Delivery at "La Bomba" pub in Arinis Park for an average pizza. The only inspired thing about it was the flyer/menu. The park is nice though... 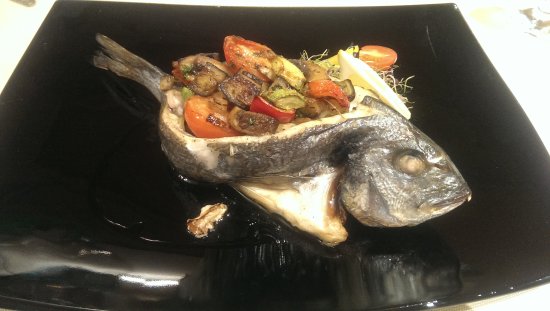 Good food, great service, nice music, friendly staff, decent prices. The menu is international with local dishes as well. Steak, pork, fish, pasta, pizza beside "tochitura", porcini mushrooms or "bulz". I have ordered steak, my wife trout and pasta with fish for the kid. As for dessert, papanasi, lava cake and Apple pie. The best lava cake I have got for quite a while.
Definitely coming back. 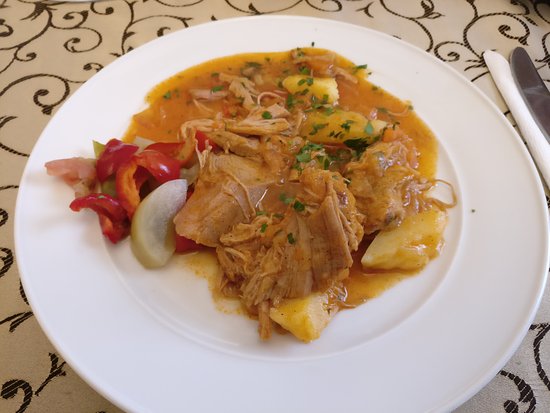 Restaurant Aldi is a stylish restaurant situated near Gura Humorului. Your senses will be delighted by its Bucovina traditional and delectable menu. The drinks and traditional drinks list offer a well-chosen variety, from palinka or tuica to Romanian wines. Guests are welcome to enjoy the contemporary cuisine or Bucovina traditional cuisine warm hospitality, and unparalleled service.

We stopped here to have our lunch on our way through Romania and we were very impressed about the place.
The place was very clean and neat, the staff very friendly and the food was delicious.
I recommend to have a break here if find yourself nearby.