Ellicott City is an unincorporated community and census-designated place, along with being the county seat of local government in Howard County, Maryland, United States. It is part of the Baltimore Metropolitan Area. The population was 65,834 at the 2010 census. Founded in 1772, the town contains the B. & O. Railroad Museum's branch at the Ellicott City Station, built in 1830 as the first terminus of the initial line. The downtown historic district is located in the valley of the small Tiber River, with its east end abutting the Patapsco River, which forms the Baltimore County line. As of the 2000 census, Ellicott City surpassed Towson (county seat of neighboring Baltimore County) for the first time, as the largest unincorporated county seat in the country.
Things to do in Ellicott City 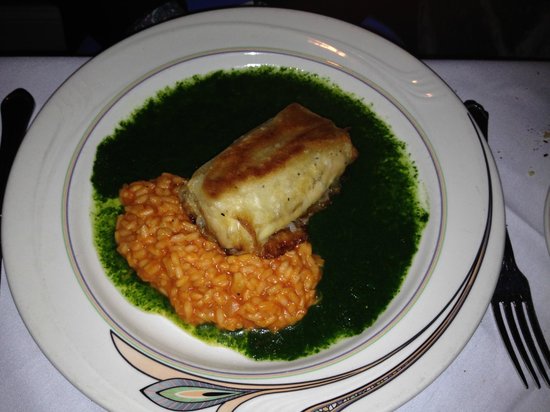 Came to Tersiguel's for an office gathering to celebrate the Christmas season. There were 10 of us and we had a separate dining area which added to the celebration. We began with a delectable squash soup. This was followed by a very crisp garden salad topped with the house dressing (excellent). Since we were a 'prearranged group' are menu choice were already selected {A seafood dish- butter broiled halibut, a meat dish- Petite steak [which i had and it was out of this world delicious-cooked to perfection] and to accommodate our vegen, a dish with various garden selections.
Tersiguels has really bounced back from the July 2016 flood. As always, a delightful meal. The wait staff could not done a better job. 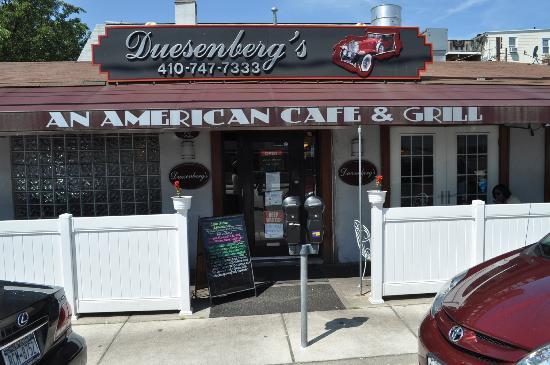 We stopped here for breakfast and decided to eat outside since the weather was cooler. My husband ordered eggs with potatoes and bacon. The potatoes were delicious. I ordered the BLT on rye and a cup of fruit. The BLT was one of the best I have had for a long, long time. Service was courteous and efficient. 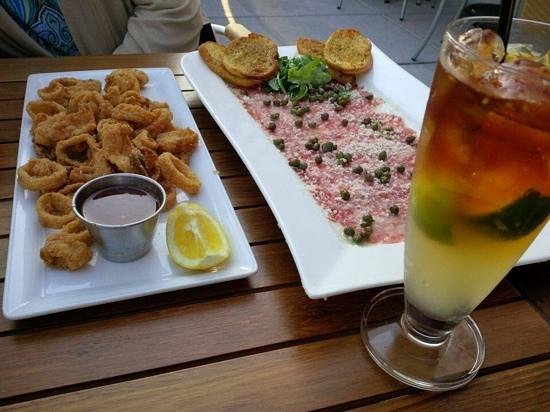 Grille620 is an American grille featuring a seasonally inspired menu with a focus on seafood and steaks. A rustic look yet a high-style approach to contemporary American cuisine in an inviting atmosphere creates a unique dining experience. Guests may enjoy a variety of oysters from the raw bar while relaxing on our patio during the summer season. An extensive wine list by the glass and bottle, a distinctive selection of craft beers, and our knowledgeable staff will round out the experience. Menus change frequently to showcase local and fresh ingredients.

Have been to Grille620 a few times prior and always enjoyed. My husband & I went for a date night happy hour & it was fabulous! We split the mussels and the cheeseburger with fries as well as the House red wines. ALL delicious and...MoreThank you for writing a fantastic review. We have a great bar menu and everything on that menu is only $8 during happy hour! We also have an extended Happy Hour on Wednesdays and happy hour from 4:00pm - close on Sundays... 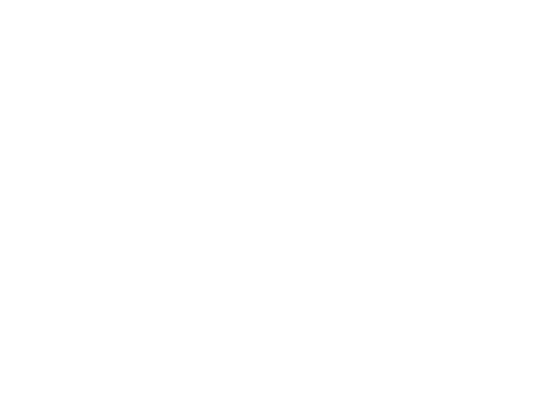 Catonsville Gourmet features a wide selection of Fresh Seafood prepared with a unique flair with the Personal Touch of Our Chef Rob Rehmert. The Gourmet has become a Local Favorite with an inviting atmosphere and a extremely Friendly Staff. We also feature a Market option to allow you to Enjoy Our fare at home. Oyster Bar & Fresh Sushi has become a renowned staple. Come experience Gourmet Greatness in Catonsville!

They do not have a liquor license so everyone was bring beverages from the liquor store across the street. Tea, coffee or Pepsi products. Couldn't they at least make a lemonade or something? Food was quite good with nice sized portions. Dessert was nice and we brought some home. 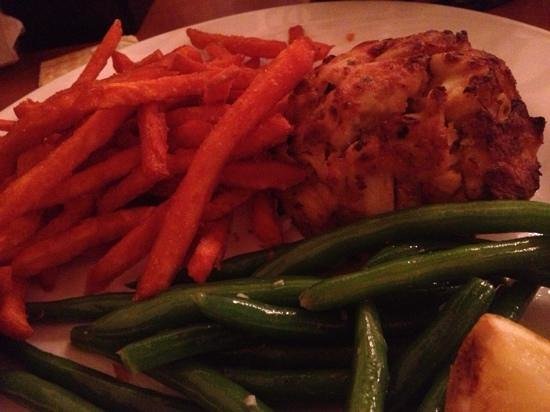 This is my go-to place when meeting friends for lunch or taking my god-daughter to a grown-up lunch. Their food is fresh, on the lighter side, and we'll prepared. I often get a chicken salad or a soup. Energetic wait staff are friendly and helpful...MoreThanks for a great review! Happy to hear such positive feedback. Glad you like our salads, definitely a very popular choice off of our menu!

Brilliant! From the wonderful, warm friendly service to the fantastic food, Scittino's is absolutely wonderful.

The Deli makes the most incredible sandwiches - thick and juicy and stuffed with delicious ingredients! The Italian Cold Cut sub is made with real Italian - mortadella, salami, cheeses - I dare you to eat the whole thing! Their Ruebens and Rachels drip down your fingers - chin - elbows! They're real 6 napkins sandwiches. The bread - I have to talk about the bread! REAL - the subrolls are crusty and chewy - ready to soak up the juicies! The rye toast is thick and crunchie - yet soft on the inside - beautifully buttered and toasted on the grill! The chicken wings - are THE BEST in the area! They are ENORMOUS! I wouldn't want to run into the chicken they came from! Yet - they're served screaming hot - crispy with the perfect buffalo sauce! And don't forget the friend chicken! The pieces you want perfectly breaded - juicy and crispy! Served with fries and slaw! - a perfect meal. Or actually 2 meals! Plenty to take home!

And now the pizza! PERFECT! The proportions of crust to sauce to cheese to meat is perfection! The crust so thin and light! The sauce is their homemade marinara and the meats are the best quality available. The absolute best pizza we've ever eaten.

The butcher shop is classic - old world charm! Like everything else at Scittinios it focuses on customer service. The co-owner, Sal, and son Lenny and the rest of the guys are ready to help you out! The quality of the food is unsurpassed! The prices are crazy reasonable - in many cases better than the local supermarkets. You can't beat it! There's nothing like a Scittinos Prime Rib for Christmas dinner! Nothing better!

Thank you all our Scittino Friends! See you later this week! My wife and I have been coming here for years, especially for their fantastic lunch specials. On this trip, my wife ordered the Salmon Cake Sandwich and I had the soup and sandwich ( Crab Soup and Ham and Cheese on Multigrain Toast). Awesome is and understatement. 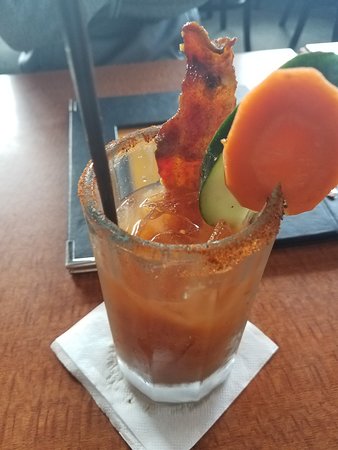 Overall good experience. It was a business meeting at we were rushes a bit in the beginning but food was good 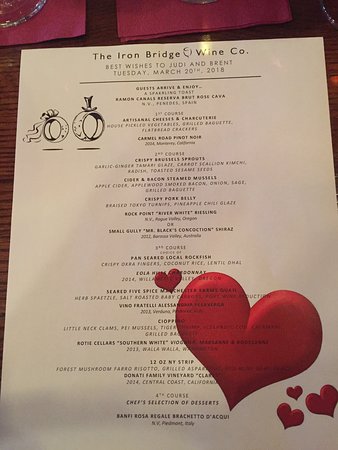 My husband and I went to brunch Sunday afternoon and had very nice brunch with appetizer cheese and charcuterie platter. Highly recommend this place for couples date scene. Not great choice for children but good occasional place to go with a nice Sunday drive. 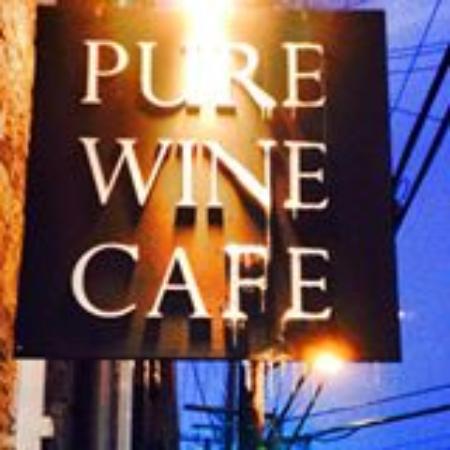 We have eaten here 4 times and are always very happy. I'd like to give it a 4.5 if possible. The food is very flavorful and distinct without being fussy or complicated (but it's certainly not simple). The Mediterranean platter appetizer is a must and the mac and cheese with crab meat is wonderful. While the the rock fish tacos were fresh tasting there was not that much to them flavor or size wise (maybe it was an appetizer). We've taken other people there and all have enjoyed it. Reservations for dinner are a must- it's a tiny place.