De Soto is a city in Jefferson County, Missouri, United States. The population was 6,400 at the 2010 census and is part of the St. Louis metropolitan area. The Van Metre family were first to settle in 1803. The town was organized in 1857 and is named for the explorer Hernando De Soto, who claimed the Louisiana Territory for Spain. De Soto was the city closest to the mean center of U.S. population in 1980. The city celebrated its Bicentennial in 2003. The city made national news on and after May 6, 2003, when straightline winds and a tornado struck.
Things to do in De Soto 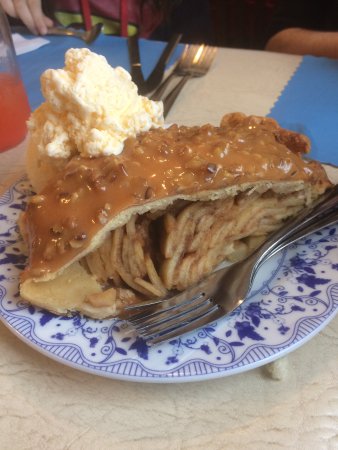 Good food, friendly service, quaint restaurant in quaint town. We make it a point to meet and eat at the Blue Owl once a season.

They did cupcakes (instead of traditional) cake for our wedding. Since we had several diabetic guests, they were free to choose a sugar free cupcake instead of a regular white or chocolate cake

We noticed in the local paper that this Dairy Queen was showing a free Disney movie outside and offering free ice cream cones! What a perfect family and friend summer / weekend activity! Movie and ice cream was sponsored by a local insurance agency so I'm not sure where the credit should go for the service.

"The Good Dinosaur" was the choice of movie and it was cute. The grandkids and grandparents loved it! It seemed to be well organized and all the families in lawn chairs and blankets seemed to enjoy and all were well behaved :-)

Here's what I loved : 1 of our granddaughters is highly allergic to milk products so she couldn't have ice cream :-( when we explained this to the cashier, we expected to have to pay for another non dairy item for her. Nope! They gave her a FREE slushie! She was so happy, which made Grandma happy (me)! #2 on my LOVE list was the fact that Dairy Queen , in an effort to have few distractions during the movie, had a server go around taking orders and delivering the orders to each seat. We only had to raise our hands and she quietly came around. All of our orders were correct and there were 8 of us! #3 on my love list was that an owner of this Dairy Queen walked around after the show to ask us personally if we enjoyed this event and if we'd come back if he did this again. He said the next month's movie would be "Grease". Well of COURSE we'll be back :-) #4.... they even gave 1 of my granddaughters an extra cone, though she told them they already gave her the free one. She had money to pay, yet they gave her another free cone. SWEET! So, on this first movie night, everything was perfect! Food, service and cleanliness. 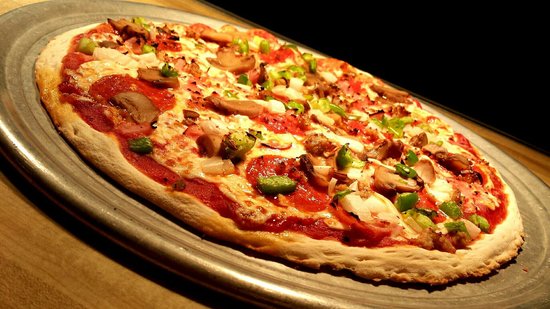 Reviewed By Stacey B - DeSoto, Mo

Pogolino's is amazing! The best pizza in town. The clown is awesome! A nice family owned restaurant. Best restaurant in DeSoto.

I judged the food here to be considerably below average. I had the senior portion catfish dinner. There were 2 small fillets and while they tasted pretty good, they were so tiny and thin that there was very little fish flesh to be had. Catfish nuggets properly prepared would typically have more fish flesh than what I was served here. So, essentially no real catfish was present. The fries were decent. The hush puppies were also below average. The green beans were decent. For $8, I expected more, and I definitely expected more actual fish on my plate. Service was very friendly and reasonably prompt. Décor was what you would expect in a local place out in the country like this--very basic and plain. Considering the food quality, even though the prices were modest, value is still poor in my view. I didn't see any beer or wine on the menu so that is another negative.

We've been here several times because we live in this town and if we don't want to drive a fair distance, we stand the CHANCE of getting good food here. Maybe we'll even get good service.

The first time we visited FCG, the chef came to our table, shook hands, introduced himself, chit chatted and welcomed us. It was busy so we definitely were pleasantly surprised that he took the time. The food was also melt in your mouth delicious! Every single thing we ordered! We felt like we hit the jackpot.

Needless to say, we kept going back. For every 2 good visits, there seemed to be an extremely bad visit. We'd swear we're not going back but we gave it another chance because we'd hoped the bad times were due to a bad day. It seems like there are beginning to be more bad days than good. I've never gotten a bad grilled pork chop though! So, grilled pork chops are a must... if you come here. Lol. They're huge, seasoned to perfection and the juiciest I've ever had! Don't go for steak night. On steak night, the prices are good but the quality of steak isn't and it doesn't matter how good the chef is. They've always been tough on steak night. Even when it's not steak night, the steaks have only been good once.

The chicken wings have been under cooked and too tough to peel off the bone, the last 4 times we've been here. We definitely will not order wings if we go back. The burgers have even been dry and tasteless lately. On the days or nights the service was really bad, we'd hear the chef raising his voice and making the servers tense. I'm assuming this is why the servers have such a high turn over rate. There is 1 server who's been there since the start. While she knows more than the others do, she seems to, almost positively, be on something to make her speed! It's pretty obvious, sadly. I'm pretty sure it's not too many energy drinks. Lol. We do our best not to sit in her section because if she's have a FAST day, she's rude and can't wait to get us out... her "terms of endearment", terms like, "baby" and "sweetheart", etc... don't make up for her rudeness sometimes. I've not seen the chef make his rounds to see how his customers are for a long time.

I realize it's very stressful to run a small business but I'm getting to the point where I'll not mind driving a fair distance for better food and less cranky service! I want so badly, though, for FCG to be successful. The chef is good and he knows food, he just may not know business or customer service enough to have what it takes to keep the doors open. I hope I'm wrong. 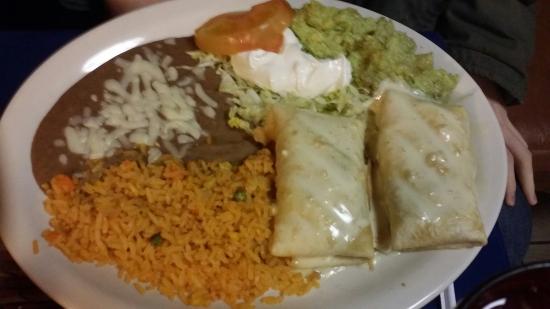 If you're looking for authentic Mexican, this isn't the place. The service has always been fantastic and the portions really are big. The food, for the most part is decent, for generic Mexican. Just don't order the steak Milanese! I couldn't chew through that and it took me over an hour for the waitress to bring it to me because the chef didn't know how to cook it? Why was it on the menu? I've been there since and just know not to order anything that isn't something everyone gets. The fajitas are decent.

I have food delivered from Casey's and it is always perfect. Pizza's are wonderful, subs are so delicious. Treats to go along with your order are a great addition to any meal. The price is great too. 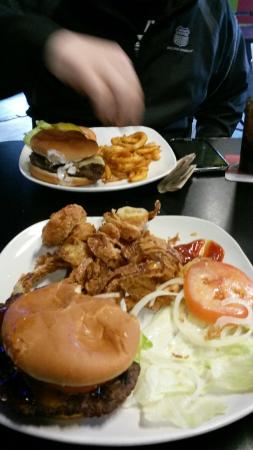 We have been to Fat Boy's several times and have had good service consistently. The food varies. It is good bar food. Burgers, fries and nice tavern fare. I wouldn't make a SPECIAL trip to town just for it, but if you are in town already at least you don't have to get fast food.

Small, cluttered and too warm are some things to consider but being treated rudely is quite another! Besides mediocre Chinese food--which is bad enough-- there was a hair in our food. When I brought it to the owners attention she tried to tell me it was my hair when it was clearly another color and obviously another length and texture. She acted as if me finding her food unsanitary were a ploy to cheat her out of the meal. That is insulting and unnecessary.