Daugavpils (Latvian pronunciation: [ˈdaʊɡaʊpils] ( listen); Latgalian: Daugpiļs [ˈdaʊkʲpʲilʲsʲ]; Russian: Даугавпилс [ˈdaʊɡəfpʲɪls]; see other names) is a city in southeastern Latvia, located on the banks of the Daugava River, from which the city gets its name. Daugavpils literally means "Daugava Castle". It is the second largest city in the country after the capital Riga, which is located some 230 kilometres (143 miles) to its north-west. Daugavpils is located relatively close to Belarus and Lithuania (distances of 33 km (21 mi) and 25 km (16 mi) respectively), and some 120 km (75 mi) from the Latvian border with Russia. Daugavpils is a major railway junction and industrial centre and lies approximately midway between Riga and Minsk.
Things to do in Daugavpils 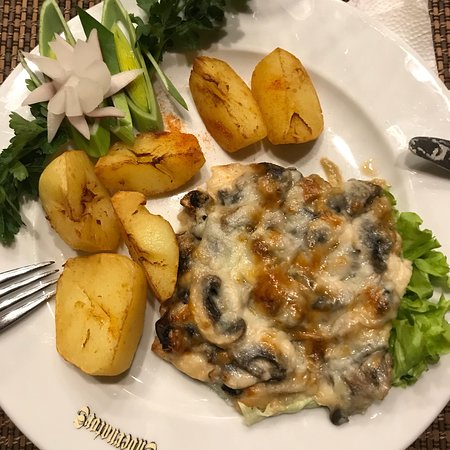 The three of us came here because friends of ours have been here, too, and we decided to check it out. We all loved the decor, and the prices for the food weren't that bad. We didn't have much, but what we had was really tasty, and although it did take a while for the order to come through, all of the food came pretty much altogether when it did. The service was pleasant, and we left rather happy. 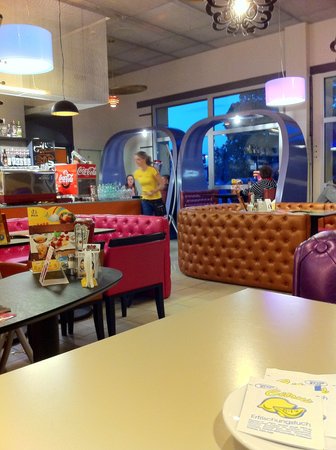 Super dissapointed with this pizzaria due to my dessert having mouldy blueberries on top of it. The pizzaa was barely coked properly and the only good thing about it was that it was cheap. 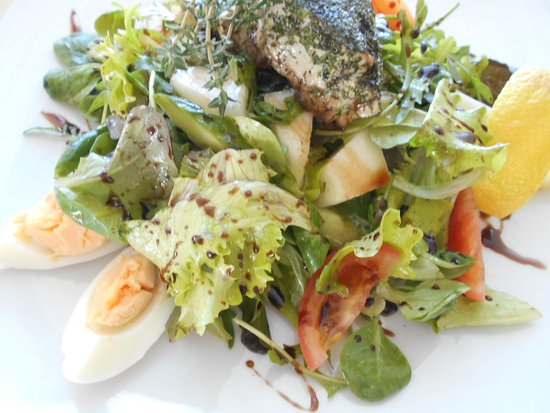 I was twice in Plaza – once for a business lunch and for a corporate event. Business lunch was OK, nothing special, but portions were generous, food of good quality. Price is on the steeper side, but then, panoramic views of Daugavpils are on menu. Meanwhile the buffet for the corporative party was really praiseworth: immense variety and one tidbit was tastier than another. Eggplant rolls with wallnuts and fried mushroom caps were absolutely delicious. And they serve excellent draught beer. Interior is nothing special, but then, main accent are panoramic views so choose daytime to visit. 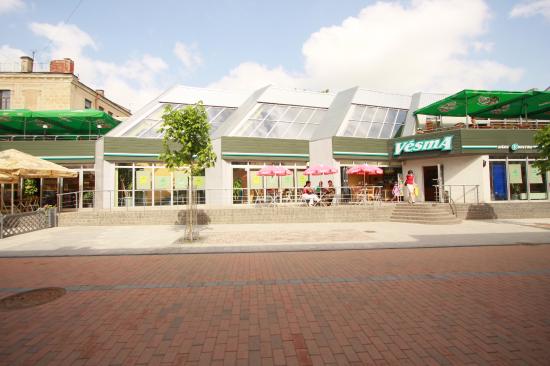 Went there to have something light, as we were invited to big family dinner afterwards. After going through the menu carefully and discovering that almost half of it wasn't available I decided to go for the safest bet ever - caesar with chicken. Neither was it safe, nor light. Funny thing is that the menu especially promised "true anchovy dressing". The reality was the taste of cheap mayonnaise. Aftertaste so sour that I immediately felt burning in my throat. I just couldn't believe it, so I asked my husband to taste this, and he confirmed without a doubt that was simply mayonnaise! We asked the waitress whether they really serve that "true" dressing, and she assured us they were. "Why does it have a taste of provencale from supermarket?" "Hm...well...it is a genuine caesar, that includes mayonnaise". "How much of it?" "Well, it's actually based on mayonnaise". Like, it is no big deal, where is nothing wrong. Doubt that, really. Wouldn't recommend this place for anything but quick stop for a beer. Also, it was blowing terribly from the window and WC could be a lot cleaner. 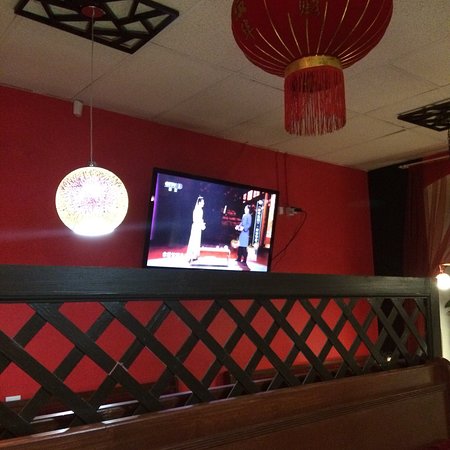 Nice atmosphere and service in this restaurant. The food is not exactly chinese - there's a lot of fried meat on the menu but it's quite good! There's a menu in english and a lunch offer. 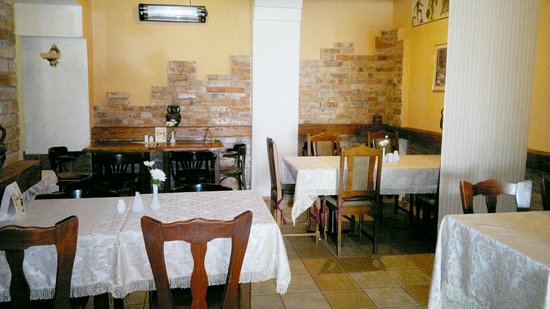 Very good place for a lunch: the offer is a soup + a meal + a drink + bread for 1,50 Ls or 2 Ls. There's a few different possibility everyday and the food is usually very good. Only thing to know: everything is in Russian or Latvian. But ask the waitress and enjoy! 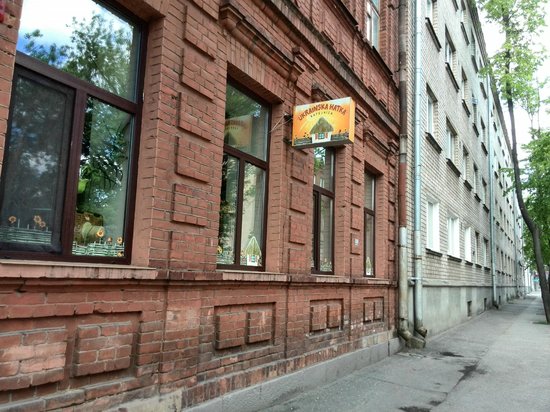 After Reading other reviews about this Restaurant, we decided that it was a must to try on our next visit to Daugavpils. It is a traditional Ukrainian restaurant/cafe just off the main street of Daugavpils. The decor and menu is traditional and the waitress was alos dressed in the traditional national dress. Compared to some of the other Ukrainain restraurant I have visited this one is in the top 5!! The service was leisurely and we spent a nice afternoon in the restaurant. My wife liked the establishment that we booked her birthday party there on the next evening, again we had a great evening and we were able to bring our own drinks as well with no corkage charge. Again the staff were discrete but professional and the pace of the meal was leisurely and the choice of dishes large and non meat eaters are catered for. 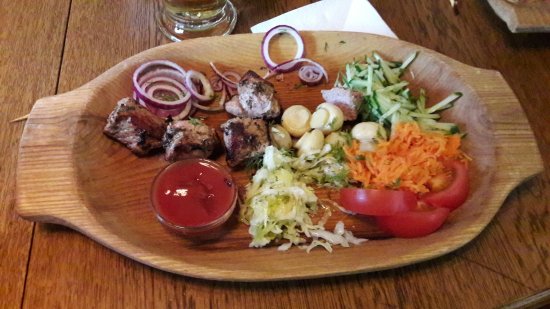 We got good reviews from friends who had eaten there previous day - they commended large portions and good prices, so we decided to go there for lunch before leaving city. Day before, we passed by this place not notice that there can eat (recommendation owners to evict the signboard at the roadside), but inside house is cozy and warm.
And portions are really big and tasty, even portions from the children's menu are huge - (very delicious self-made fries). We were very satisfied.
Of course, it's not a high-end restaurant, but if you want get to know local cuisine and delicious meal, we recommend! 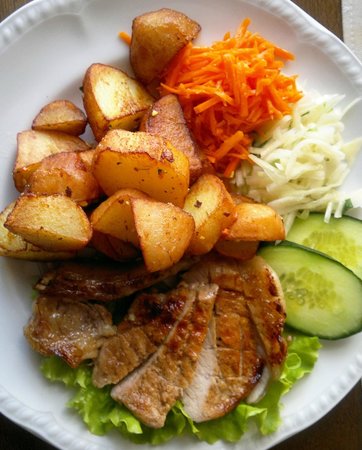 We three middle-aged British guys had just traipsed 2km in the late Friday morning along the road/riverside path through the odd showers to the fortress. We needed to rest dry out and revive ourselves before tackling the enormous Fort/town in its own right.
Just after we entered the main southern gate we spotted the restaurant/kafenicka/whatever. Hurrah! I had not had time to look it up earlier on TA properly so we took a chance as it was the only option in the area (according to TA using my 4G).
We entered the vaulted complex and were greeted by an English speaking young man and took our seats. Two English menus (the only two he said, fine) were presented and we decided to also have a beer each first as the prices were good, albeit no volumes described.
We ordered the beers first and mulled over the menus (posted) and the English speaking young waitress took our orders.
A small plate of tasty bread arrived with a basket of very heavy cutlery. We chose away, bearing in mind we had had a light breakfast earlier in Mego near the bus station as we had arrived early in the morning from a 06:00 start in Visaginas.
The selection was good and my vegetarian/piscivorous friend was happy. We chose a fish soup, mushroom soup, herring salad and fried potato pancakes and pancakes with stuffed mince.
The beers were actually proper half litres do very good value, tasty too!
All were good portions and very tasty and very good value, even in a (quite posh for us and a low pound to boot) place like this which had a dining monopoly and could have taken advantage of that!
The restaurant filled up as lunch progressed and emptied out so we were there a relatively short time for our shortish lunch.
There was pop music quietly in the background and just the one gents, a good clean loo, with a single ladies too next door. Maybe this would an issue if busy. When we left they closed as they started preparing for a wedding/large group. 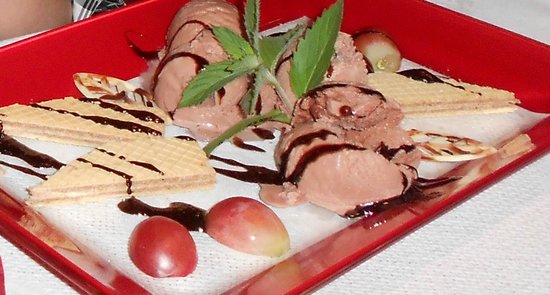 We found this restaurant by chance, looking for a luncheon. The waiters are very friendly and speak sufficient English. The menu is available in English too. A great variety of food choices and quality is sublime. The prices are really low. If you are in Daugavpils this place is highly recommended.