Ceglie Messapica (Italian pronunciation: [ˈtʃɛʎʎe mesˈsaːpika]; Salentino: Cégghie) is a town and comune located in the province of Brindisi and region of Apulia, in southern Italy, in the traditional area called Salento.
Things to do in Ceglie Messapica 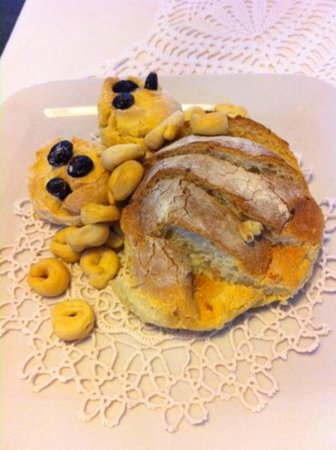 Typical and elegant restaurant decorated with old and elegant dressings and with a big fire place in the middle. Flowering garden with wooden veranda in summertime.

I have been visiting this restaurant for over 30 years. At the beginning it was Angelo, and, after his premature passing, it was the turn of his talented daughters Antonella and Rossella. For me this place is not just an eatery, it is a destination in itself.
In recent years my visits became rare, partly due to the fact that my stays in the Region became less frequent, and partly due to the success of this restaurant, which made it more difficult to find a table at short notice. But my affection for the place remained undiminished.
When I finally came back, I realised that it had been 7 years since my last meal there. But the character of the place had not changed in the slightest, with the immaculately dressed table well spread around the beautiful courtyard.
Rossella is in charge of the service, as hospitable and accommodating as ever. She is there to help you to make your choices, and would do her best to answer to all of your queries. Although there is also a “tasting menu” option, she would be glad to accommodate some slight variations on request.
The quality of the food and the wine remains high, and prices are perfectly commensurate to the quality of the offer.
However, in all frankness, I have also to voice some concern. While Antonella and her Mauritian-born husband Vinod deliver excellent food, I am at a loss at understanding in which direction they are going. Marrying the Pugliese “terroir” with oriental spices and flavours can be a daunting task, and it is inevitable to take some risks. Being a well-travelled diner, my judgement is not marred by dogmatism or conservatism, and indeed I like to be surprised with creative preparations. But here in some instances I had the impression that the spices were covering (rather than enhancing) the flavour of the local ingredients. And this seems to go against the unquestionable strength of the place: the ability of marrying tradition with creativity, without spoiling the authentic flavours of the terroir.
All this said, I sincerely wish Antonella and Vinod to find their way towards a second Michelin star. Perhaps the right balance is still to be achieved, but something tells me that they will get there! 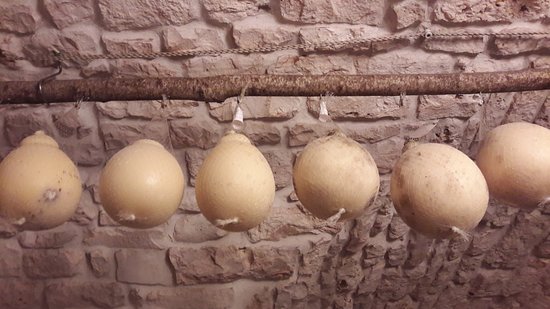 Driving far south from le Marche, we grabbed the chance to experience a meal at Cibus after Reading the special mention in the Cucina Italiana magazine. The inland detour gave us magnificent views of the apulian countryside with the typical trulli stone buildings immersed in ancient olive groves. The town of Ceglie is on a hilltop and parking was not difficult to find. The restaurant entry is very typical and the setting immaculate. At the beginning we received a complimentary bowl of local olives then we had a soup, a vegetarian lasagna, homemade pasta with sausage and veggies, a stew of horse meat in tomato sauce and a dessert. With 4 glasses of very good apulian wine and a bottle of mineral water the bill rose to 89 euro. It has been a very positive experience. The meat was not recognisable of its origin, and the service was very courteous and very professional. The only little mistake was the sauce of the horse meat spread around the plate at the moment of placing the dish on the table. Book before you go.

This is a small osteria located in a small unnamed street off Via Orto Nannavecchia. Placed in a semi-cellar buildt in stone with vaulted ceilings. The food is local produced and homemade. The antipasti is tasty and come in great numbers. And the bill is small for such a good food. This is the place to come again and again, being met with a handshake and a smile.

Four of us visited this tiny resturant for dinner in June; the party consisted of 2 carnivores a vegan and a vegetarian and we all ate extremely well.
The food is typical Puglia cusine is all locally sourced and cooked in the tiny kitchen.
Price is very good.
Booking is required.
Only downside is there is no outside space. 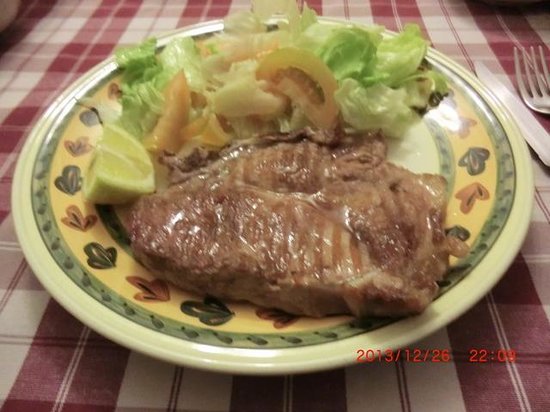 This family run business continues to provide high quality homemade local cuisine. Although quite a meat orientated menu they met the needs of two vegetarians. Food cooked well with good quality ingredients and served in a friendly informal manner.
This Osteria continues to be one of my go-to places for a good, relaxing meal with friends. 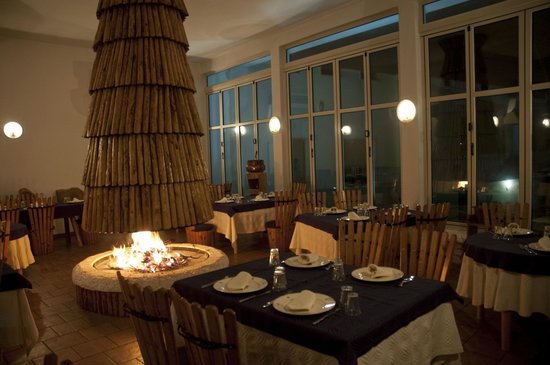 This dinner was a pleasant surprise. The owner and staff were very accommodating on a quiet evening. We went with their suggestion of mixed antipasti and it all tasted great. Fresh and local. Lovely pugliese wine selection. They also were great with gluten free requests. 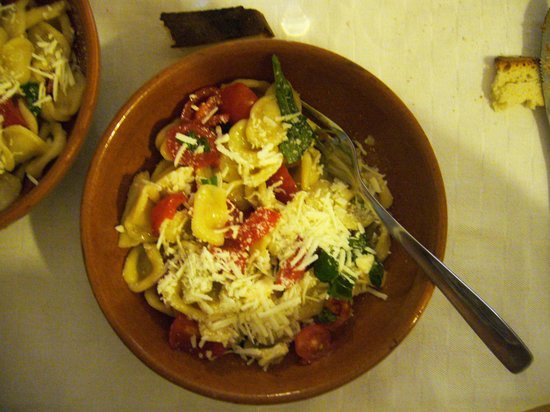 this restaurant has good typical dishes from the area.the postion is perfect.in the historic district of ceglie.it is a very beautiful location and nice for a typical dinner. 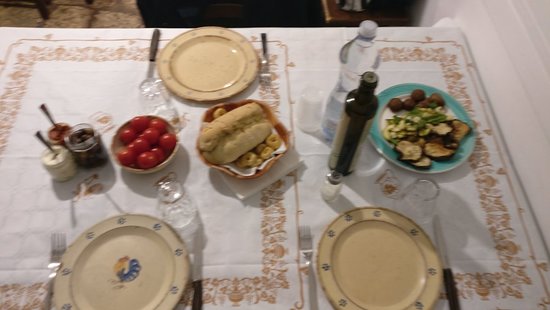 In a bustling atmosphere with friendly attentive waiting staff we tasted the many starters. Nothing exceptionally delicious but good and copious. The house wine was not terrific, so we drank little. The plastic cups for water a little out of place. The fiorentina steak fantastic however! A good place for a nice dinner. 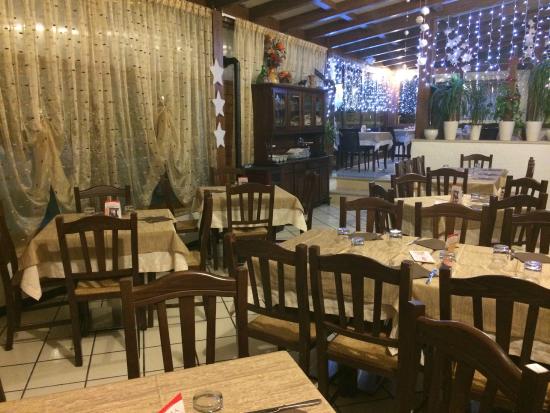 Another enjoyable evening with friends. Pizza excellent (maybe a little less cheese next time). Pizza with onion, tuna, capers and chillies. Excellent.
The service was friendly as always. Greeted as a member of the family. Many thanks to all and especially Francesco.
Will return again very soon. My place of choice in Ceglie. 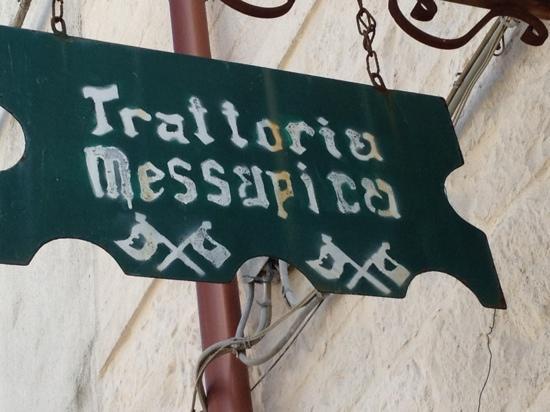 A night well remembered for food, festivities and friendliness. We went here per recommendation of Cesar from Massaria Camarda...our five star b&b in Ceglie Massapica.
Well, upon entering, we found the place empty except for this older man slumped over a chair sleeping. After a couple minutes we left not disturbing him. We talked outside and decided to wake him. I carefully walked back in and within an arms length, lightly tapped his shoulder. Without saying a word, he bolted out of his seat, jumped to his feet, adjusted his glasses and at lightning speed grabbed two menus and guided us to a table in the empty trattoria. And then he smiled and said something in Italian. We responded in English and then so did he, Cosimo. He laughed as we did at the whole episode and disappeared. We just sat wondering if to stay or flee! We didn't have another chance to think about leaving. We looked up and he was at our table pouring wine and placing several plates of olives, cheeses, vegetables and assorted appetizers. We started tasting and testing all of it. Wonderfully fresh olives, sharp but well cured cheeses, meats, fresh bread and veggies. As we finished these plates, he brought more plates without our asking, so we just continued eating this cornucopia of good tasting food. Our wine glasses were never empty during all of this, too.
After an hour of being the lone captives of Cosimo another couple, who he knew, sat and again we watched as he treated them as he did us, going back and forth to the kitchen. After about another hour, another man entered, and introduced himself to us, his brother. Off he went towards the kitchen.
Cosimo then re enters and straps on an accordion, grabs a mike, turns on the tv screen and starts karaoke singing and playing Italian and American music. For the next hour or so he played, we ate, we sang...New York, New York...we danced along with the other couple, who spoke no English and drank.
After about three hours, It was time to go, and we asked for the check having no idea the cost of all this. But whatever it was it would be paid. When he brought the check he also brought out some family made liquor. We continued to sit and talk for another half hour. As we paid the $40ish bill, he hugged us and asked one small favor. "Send me a postcard from where we live."
We felt we had probably the most memorable dining occasion of any in all of our hundreds of times traveling.( Yes a postcard was sent)
.

Real Pugliese home cooking, very cosy atmosphere, like eating in the front room of someones house - a must, if you can find it :)