Auburn Hills (formerly Pontiac Township) is a city in Oakland County, in the U.S. state of Michigan. The population was 21,412 at the 2010 census. It is home to the world headquarters of Chrysler, The Palace of Auburn Hills (former home of the Detroit Pistons and several other teams), and Oakland University.
Things to do in Auburn Hills 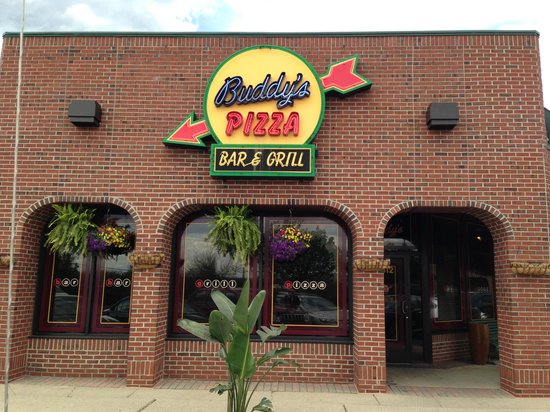 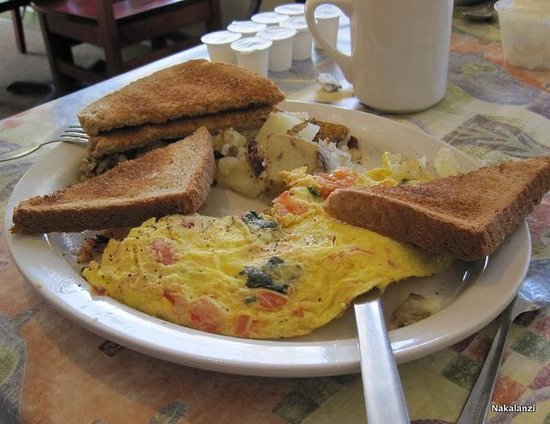 Me and my wife met my daughter here for a brunch. My daughter chose the site. It was enjoyable, the wait staff was great and the food was good. 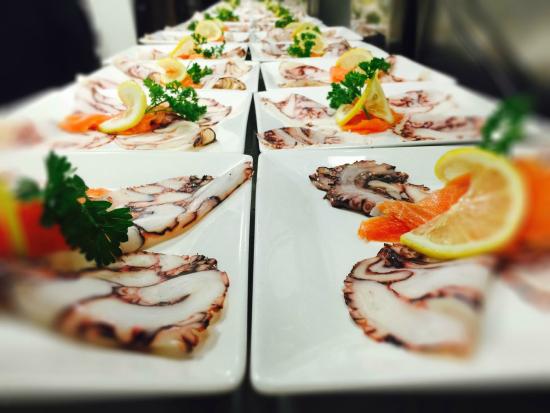 The silver spoon is amazing. From the food to the atmosphere it's always fabulous. We love the parties on Wednesday nights and when they set up tents and a band on the patio. This is one of our favorite local restaurants in Rochester. Where you go and feel like family. 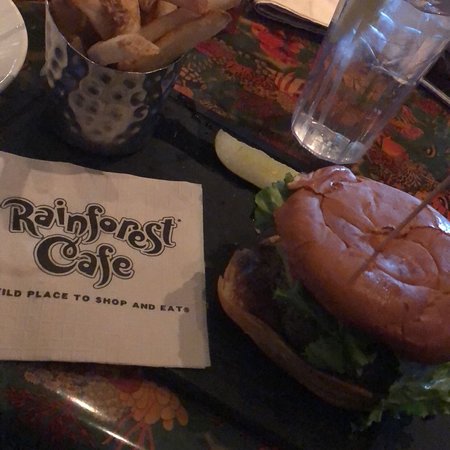 This was really cool! The entire decor is rainforest—from the outside to the dining area!

There is a “thunderstorm” every 30 min—the animals in the exhibit go wild! (There are gorillas, elephants, a tiger, and a cheetah that move).

The prices are moderate. A kids meal and souvenir slushee cup were about $7-$8 each. A smaller appetizer platter is about $18. Burgers are about $15 and you get a side. We got the appetizer platter, a veggie burger, and a shrimp salad, and were pleased with the portions and taste. It’s no more expensive than going to Hard Rock.

But yes, you are going for the super cool atmosphere! Take it in and enjoy!!!

Our server was super friendly and on her game too! Lipuma's Coney Island has many varieties of hot dogs and all that I tried are good. If you go there in summer there is a long line of people waiting to get in. 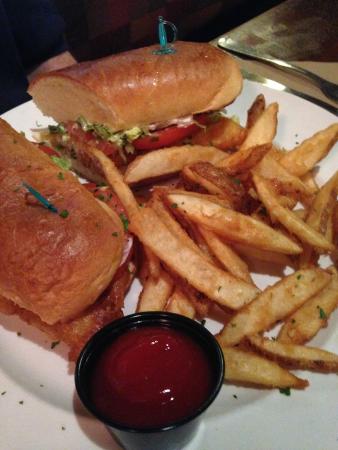 Even though we had reservations, we still waited 20 min. We worried that we would be late to see our Meadow Brook performance that evening, but we were not. When we were finally seated, we were promptly waited on. We had a very friendly, fast waiter.This is an extremely small restaurant. We were seated at a table for two, and we had to sit on our winter coats as there was no place to put them. This was a little awkward. We were brought a wonderful warm garlic bread. After that, our meals came up really fast. Hubby had the Charleys Chowder and Stuffed Trout which he loved, and I had the Lobster,Shrimp, Scallop in a nice tomato buttery sauce. Hard to explain, but it was perfect. The seafood tasted very fresh, which is what I expect from K&M. As it turned out, since the service was so great, we didn't feel rushed and we even had a few minutes to spare before we had to leave. We will definitely be back. Great. 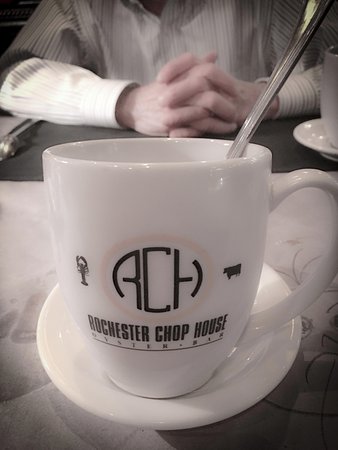 Reviewed By Otto B - Waterloo, Belgium

We went there with a group of five people for Happy Hour which lasted fairly long. We sat at the bar area at a nice corner table. We had lots of drinks and food from both, the Happy Hour menu and the regular one. Was a nice combination of both! I personally only ate from the Happy Hour one. The three plates I choose were enough for me for dinner! 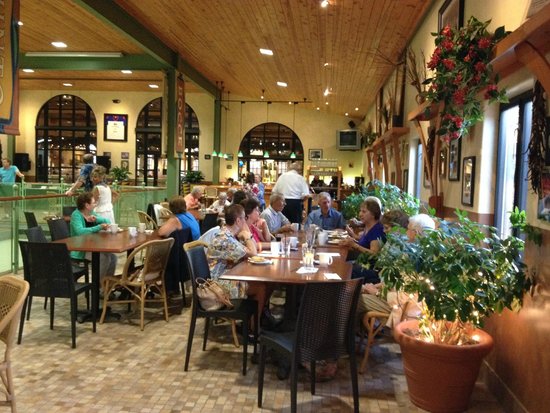 Come in for lunch or dinner - great food, great atmosphere and yes... Bocce is optional! Our food is prepared with the freshest ingredients in the finest Italian tradition.

After waiting to the last minute to find a place for Mother's Day brunch, I was able to get a reservation here and the food was awesome, we will return again this year. Our hotel desk at the Hampton Inn gave a recommendation when we asked for a family run, non chain type restaurant. We were here on a Tuesday evening, Boxing Day in fact. We had no trouble getting a table, and the place is quite large. A bit crafty near the door but it was a bitterly frigid night outside. Our server Marsela was friendly and fun. She gave us lots of recommendations and our group of 5 basically selected one of each. There is a decent wine list and most were available by the glass, and reasonably priced. Delicious hot fresh bread was served first followed by a large bowl of salad to share. The salad was fresh and plentiful with a delicious dressing. All of our pasta dishes were served quickly, hot and enormous portions. Almost all of us took food home with us. The dishes were tasty, with abundant sauces and absolutely delicious. I would not hesitate to return here and to recommend this restaurant. 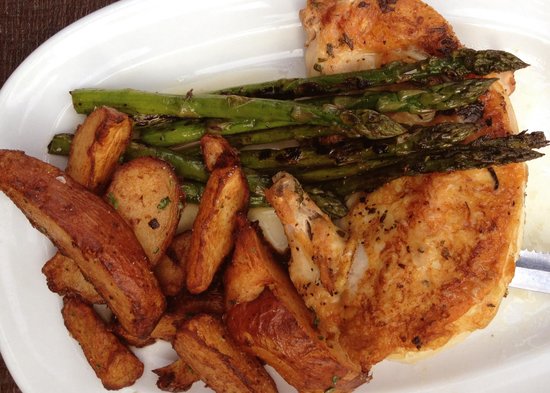 AT CLUBHOUSE BFD OUR MISSION IS TO BE A NEIGHBORHOOD GATHERING PLACE SERVING QUALITY BFD (BEER-FOOD-DRINK) WITHOUT THE PRETENSE. QUITE SIMPLY WE LOVE EXCEPTIONAL BEERS AND GREAT FOOD WHICH FUELS OR DESIRE TO BRING YOU THE BEST OF BOTH WORLDS. CLUBHOUSE BFD IS YOUR PLACE AND WILL CONTINUE TO EVOLVE BASED ON YOUR SUGGESTIONS AND IDEAS.-AND OH YEAH WE TAKE OUR MUSIC ALMOST AS SERIOUS AS OUR BEER!

This is a very good lunch place with decent service and good food. Lots of selections of beer and the wait staff is cute.

I had the California Club which was a
Grilled salmon served w/ lettuce, tomato, avocado, bacon & chipotle mayo served on grilled sourdough. Very good! That along with killer shoestring fries was come again good

Give it a try!