Amhara (Amharic: አማራ) is one of the nine ethnic divisions (kililoch) of Ethiopia, containing the homeland of the Amhara people. Previously known as Region 3, its capital is Bahir Dar. Ethiopia's largest inland body of water, Lake Tana, which is the source of the Blue Nile river, is located within Amhara. The region also contains the Semien Mountains National Park, which includes Ras Dashan, the highest point in Ethiopia. Amhara is bordered by the state of Sudan to the west and northwest, and in other directions by other regions of Ethiopia: Tigray to the north, Afar to the east, Benishangul-Gumuz to the west and southwest, and Oromia to the south.
Things to do in Amhara Region 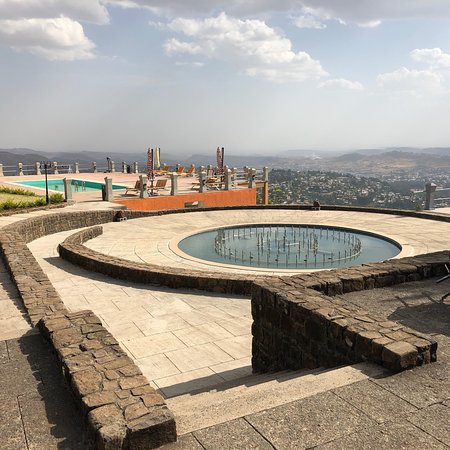 Location, location, location. Great place to chill out after day tripping. Lovely views over Gondar city. Great sunset. Staff is very helpful, plentiful and attentive. We asked for a table on a lower Terrace and it materialized. We asked for a fire (it was quite windy the 2nd day and hence chilly) and the fire was lit!
We did not stay at the Goha this time, privileging a hotel down town this time, for sake of easy access. But we went for drinks (day 1 of our stay in Gondar) and for drinks and dinner on day 2 and we loved it. First time we stayed at the Goha was in 1993. It's still going strong. Congratulations to the management. Warmly recommended.
There'a a pool as well. And a nice bar and restaurant. And free WiFi. And a lovely water Fountain (very restful to hear the water splashing and gurgling) and very nice classical Ethiopian music. Had not hear for a long time. Very restful as well. Reception staff was quite attentive to our needs, informing us our driver had arrived.
And the hotel was packed. Well done!
Rooms are good as far as I know/overhearing other guests. 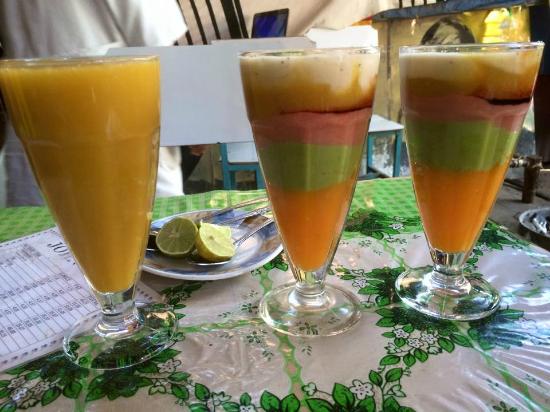 The cafe and restaurant look great, but I was here for the souvenirs. This is the best place in town to find an interesting memento, with a great variety of arts and crafts from the surrounding areas. The owner is very hospitable and gracious. Next time I'll try the juices and food too! 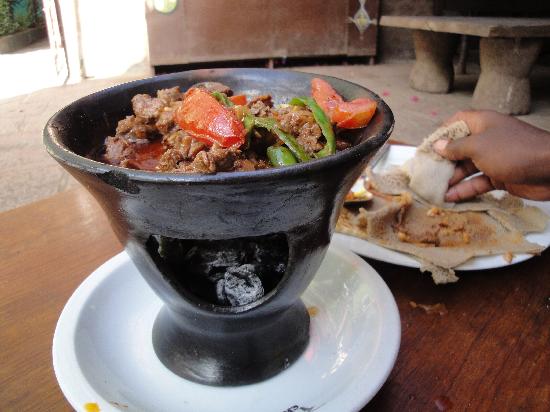 Very nice setting with very quaint setup, simple good food and relaxing environment. Good menu choices although every time we visited they ran out of chicken. Not expensive but excellent value. 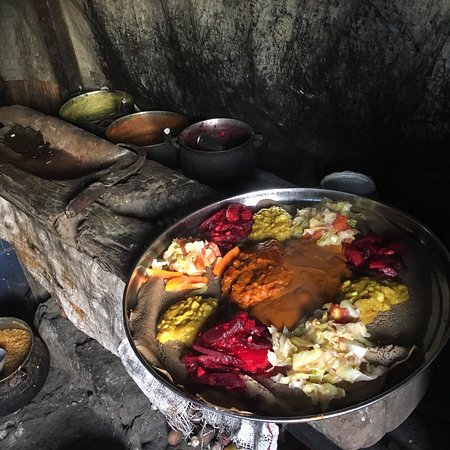 Cosy, intimate and run by a wonderful Ethiopian who is so friendly and delightful. She makes the place so homely that one does not want to leave it and it is fun to to just talk to her about Lalibela 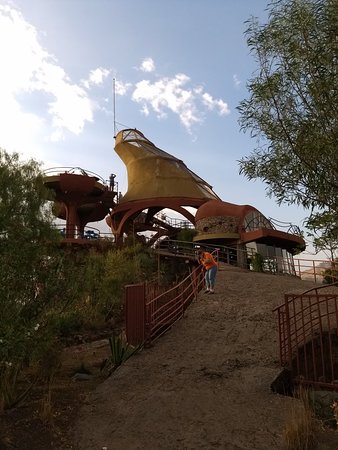 This is a new restaurant which I visited several times on a recent visit to Lalibela. It is an amazing structure and serves excellent food as well as having wonderful loos.

it is located in a top of a hill with a shape of a witch hat, with 360 views. good meal at a reasonable price, deserve to be the visit

This is an Oasis in Gondar, we had lunch here twice.
Great restaurant, friendly staff and lots of them, drinks cold,
prices reasonable, food really good and in a quiet leafy setting.
Sure it’s touristy but for a reason, it’s just a well run establishment, well done You four . 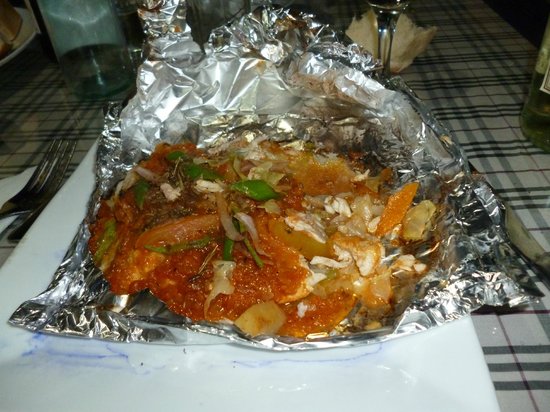 Right on the shore of Lake Tana,From the back side of Amhara national regional state bureau,In front of Amhara Development association,next to Zagol Recreational place.

Reviewed By Robert937 - Rotterdam, The Netherlands

A circular shaped restaurant on a small Island linked to the shore by a short dirt road. Expensive by local standards (almost double what you pay in town for similar or better food), but the location is very pleasant indeed. Cozy tables and chairs under shady trees with colorful birds and with a good view on Lake Tana.
Mosquitos often a problem in the evening.
Price indication 160 ETB average meal; 120 ETB meal with fish, 10 ETB coffee 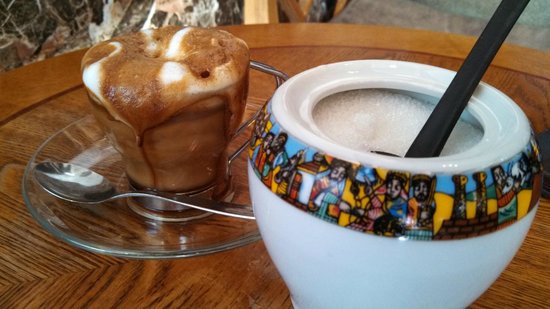 Excellent Burger and amazing burger for the location. We tried many restaurants and some had no food at all. The Burger is big enough to share ! 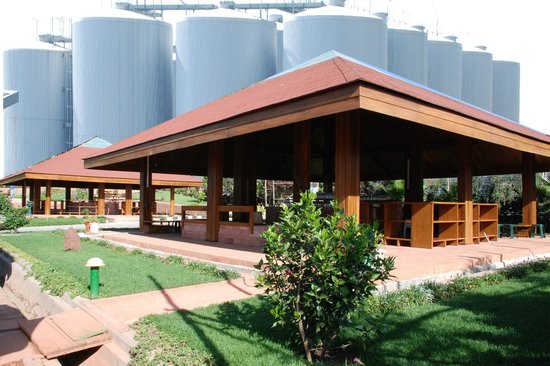 This is also the factory for Dashen Beer. There is a beautiful garden Seating area. It&apos;s on the way to Gonder from the Gonder airport or Bahir Dar.

This is a great, relaxed and clean beer garden set in AN ACTUAL GARDEN (rare for Ethiopia)....have fun relaxing with locals...great fresh beer and we ate some simple food as well (Spaghetti and Tibs) which was good.....we will go again....it's worth the short journey from "town".... 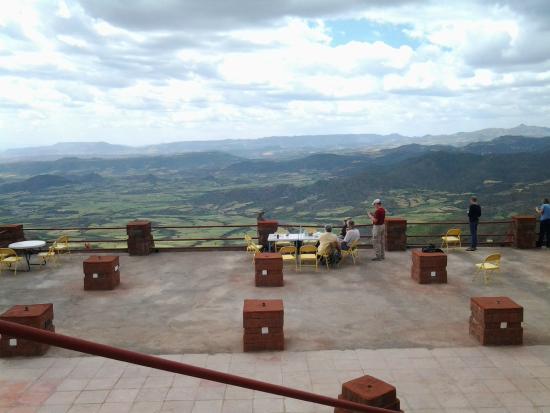 I don't know why this restaurant is so highly rate, we were very disappointed. We went for dinner, my salad was uninspiring and my friend was unable to finish her meal. And what view? The curtains were closed and it was dark, however peaking out all we could see were trees on the other side of the garden. There are definitely better restaurants in Lalibela.