6 Things to Do in Angola That You Shouldn't Miss

Angola is a village in the town of Evans in Erie County, New York, United States. Located 2 miles (3 km) east of Lake Erie, the village is 22 miles (35 km) southwest of downtown Buffalo. As of the 2010 Census, Angola had a population of 2,127. An unincorporated community known as Angola on the Lake, with a population of 1,675, lies between Angola village and Lake Erie.
Restaurants in Angola 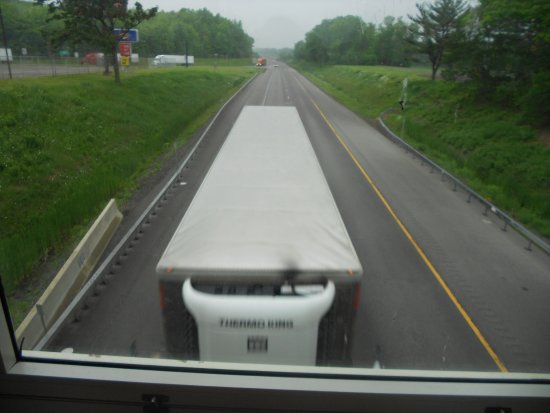 We always stop at Angola! In addition to very clean bathrooms and a McDonalds, this place has maps and coupons, a great little gift shop, and several food choices. Kids love the windowed bridge over the highway so they can get the big trucks to honk at them. There is even a player piano! Tip: Remember which door you came in because if you go out the other one you won't find your car. 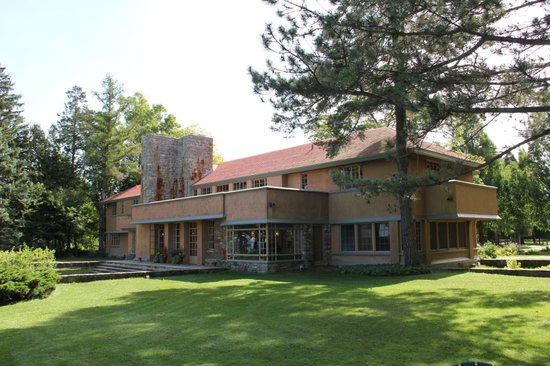 Graycliff is one of those places that misses its own unique charm and aspires to be something else, namely it's better funded and more important neighbor in Buffalo, the Darwin Martin House. Graycliff is a complete wreck just at the beginning of restoration. It was built in the 1920s at a point when Wright has finished his prairie style but has not yet made it to the style he develops at Fallingwater in the 1930s. It's quirky and odd on a great setting but not really a great house. But most of all it's in terrible shape and would be a great place to let visitors explore on their own. There's not much damage they could do.

Instead, what you get is an overly trained docent who takes what should be a 20 minute tour and extends it to an excruciating length. The guide was a hoot but not in a good way. Delivery was so clearly a product of wrote memorization that I assume guides get beaten if they deviate off the script by one word. The refrain,"any questions?" Was said in such a forbidding way that It was more a threat than a tool of engagement. Think of a 1950s nun wielding a ruler in a classroom and that should give you a sense. Also, the guides were a barrel of malapropisms, which was also true at the Martin House. Our guide kept saying organtic when she meant "organic" to describe Wright's architecture. Both tours essentially repeat the same basics on Wright architecture in excruciating detail even though most had been to the Martin house first. There was no ability to shorten the basic information considering most had already heard it.

I blame the Martin House for this. Both houses have ridiculously long and traditional house tours. We actually saw our guide from Graycliff at the Martin House that morning as part of a docent training tour.

If you're an aficionado, I would suggest going as it's one of the few times nowadays that you'll be able to tour a Wright House in this condition. I would definitely see the earlier Martin House first as I think you'll have better context.

The thing I'd say to Graycliff's management is to strike your own course. Emulate the Martin House's fundraising capacity but do something different with this wreck of a house than have a retiree give a memorized, scripted overly long tour. Let people wander in and out. 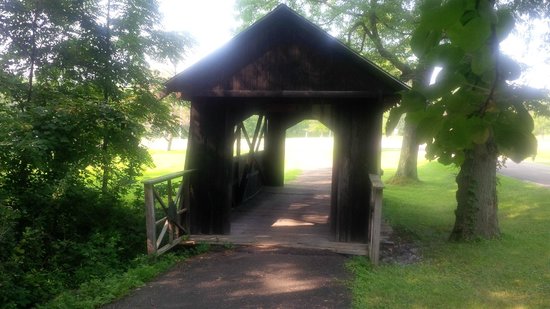 We arrived at Evangola Campground at 5:30pm. The office was closed but had a sign that told us to choose a site and pay in the morning. Signs said that 30amp sites were $21 so that's what we chose. When we left, we were charged $34.75:
$6 because we chose a Premium Site - there's no way to know what sites are premium unless you have a map that's only available when the office is open
$5 because we were not NY residents
$2.75 "non-reservation" fee. I knew a reservation was $9, but who knew a "non-reservation" costs money too.

I would have been happier had the full charge been posted up front. 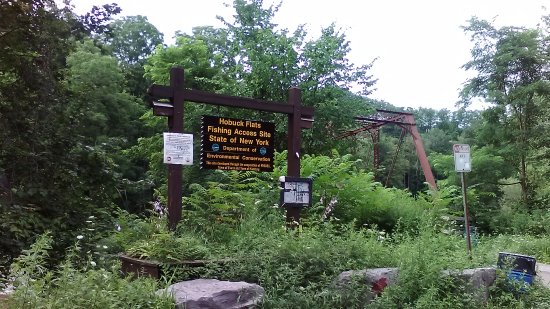 Great relaxing place to spend a day. One of my favorite places to fish and creek-walk in the area. Good place to swim in natural water (at your own risk). Also short walk to a nice water fall, and there are some enjoyable trails which allow you to enjoy nature. 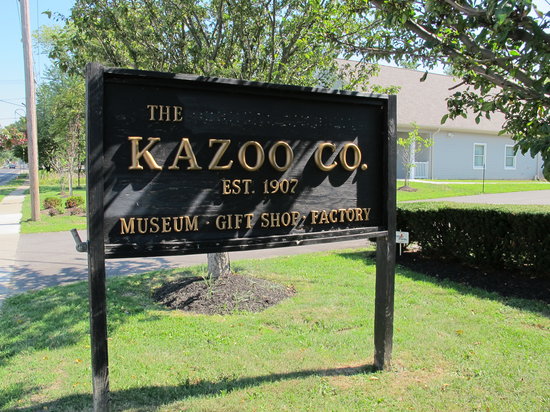 Located in Eden, N.Y., not far from Buffalo, this quaint metal kazoo factory is tucked away in the back of a gift shop (that contains numerous, and fine items besides kazoos). It is the only operating metal kazoo factory in North America. Free parking is located in the back of the store. Note, to enter the factory, you must go through the gift store. Metal kazoos are manufactured and sold on the premises. If you choose, you can watch as the gift store owner makes (with your assistance) your own metal kazoo (for a small charge). The proprietor of the gift shop gives a short narrative of kazoo history and how they are manufactured. A short video is also shown. After, you can self-tour the factory area from behind wooden hand rail. The kazoos pieces are manufactured on "antique" equipment that utilizes overhead shafts and leather belts. The kazoos are assembled by local residents. Several different types of metal kazoos are sold here in various configurations (trombone, car, train, horn, etc.) including the "standard". Plastic kazoos (from other sources) are also sold here. A cabinet of kazoos, their history, and related memorabilia are on display. A restroom is located in the gift store. The gift store is air-conditioned, the factory is not. Can't miss the factory, they have a giant kazoo on the roof. Glad we stopped.

The Sunset Bay Beach Club is one of Western New York's best waterfront nightclubs and is located on 5 acres of groomed beach. Offering both indoor dancing and a massive waterfront patio bar, the Beach Club has something for everyone. Whether you're looking for a night out dancing to the hottest DJ's, live music, or just an afternoon of fun in the sun, the Beach Club has got it all!

My husband and I attended a party with a friend who won a get-together through 97 Rock (along with a few other people) at Sunset Bay. The place was easy to find off the highway, but we had to ask where parking was located ( there's a lot of room across the street). It's just off the beach and perfect for viewing sunsets. There's a decent amount of seating and tables, but they fill up quickly. The bartenders make good drinks and don't scimp on the alcohol. The taco buffet was good and the music before the DJ was great, then it got too loud to talk to people. Interesting venue with drink specials, beach ambiance and various events.