Top Attractions in Province of Teramo

Top Restaurants in Province of Teramo 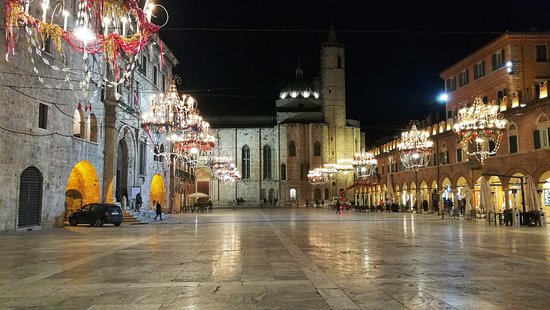 Reviewed By Linda B - Helsingborg, Sweden

Beautiful piazza with arcades and several cafes and restaurants. Buy a coffee or apertivi at Meletti and watch all the people passing by. During the evenings the piazza is crowded and very lively. Worth a visit. 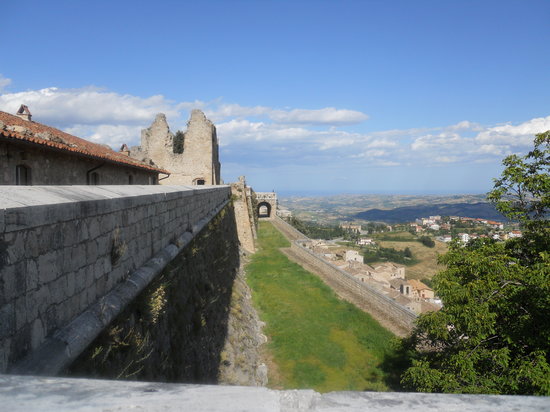 The Fortress of Civitella del Tronto stands at 600 meters above sea level, in a very strategic position, at the old northern boundary between the Kingdom of Naples to the South and the Kingdom of the Holy See to the North. It is one of the largest and most important work of military engineering in Europe, characterized by its elliptical shape with an area of 25.000 square meters and a length of more than 500 meters.

Well worth the trip to get here. The fortress is well preserved and a reasonable entrance fee charged. If, like us, you like to see and take in everything then allow a couple of hours for your visit. Be prepared for a steep climb to get there from the village (which in itself is worth a wander around) if you go out of season because although there is an escalator is was not working. Unfortunately the Church was closed when we visited so best to check opening times. It was still worth the visit just to see the surrounding area. People go just to drink the "holy" water, this area opens early morning until late at night. The outside walls of the Sanctuary are covered with spectacular pictures in mosaic. 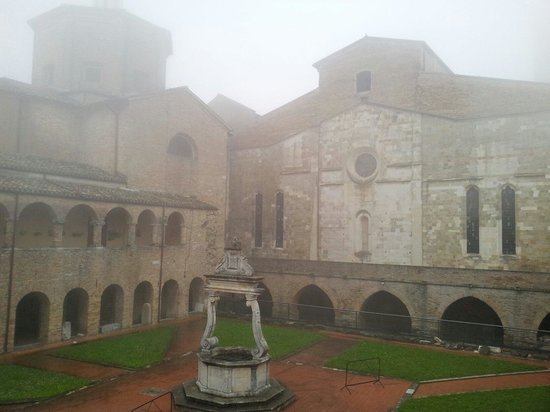 The Duomo of Santa Maria Assunta in Atri is an interesting Cathedral dating from the 13th. century but built on top of Greek/Etruscan/Roman constructions perhaps dating as far back as the 4th. century BCE. The wealth and importance of the city reached a pinnacle in the 15th-16th centuries under the rule of the Aquaviva family and the Duomo became an important site for pilgrims. The Cathedral museum is a modern, climate controlled facility housing the treasures of the Cathedral and covering everything from carvings, books, sculpture, relics of the saints, silver, and vestments. We have never seen such an amazing collection in what is a relatively small church. The Museum entrance fee also covers a visit to the Roman water storage cistern, another architectural marvel. 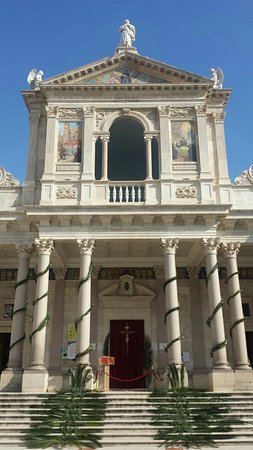 We visited this sanctuary because it was so special to my mother when she was growing up. I had no idea I would be so captivated by one of the most beautiful churches I have ever seen. The old church has the most lovely artwork, and is so peaceful. The new church is so modern, yet so inspirational. This is a place everyone should see if they are nearby. Old and new, both so breathtaking, and so spiritually uplifting. The stories of miracles line the walls, and give hope to visitors seeking the intervention of this great Saint that so few people outside of the area have ever heard of.

We noticed that at last the Tower seemed open to the public, so we went along to see what all the fuss was about. The Tower is now open for festas and holidays during the year as well as in the mid-summer and it certainly is worth the effort of going. The tour itself was €5 and worth every cent, even though as it was in Italian we were really only able to get the gist of much of what was said. Still even this was interesting and the guide obviously knew his stuff. There is lots of available literature (some in English) and a delightful bar/terrace area (just don't drink the rose!!). Around the tower are some well laid out Gardens which are surrounded by beach and pine forest. A lovely way to spend some time if you can find somewhere to park!!! 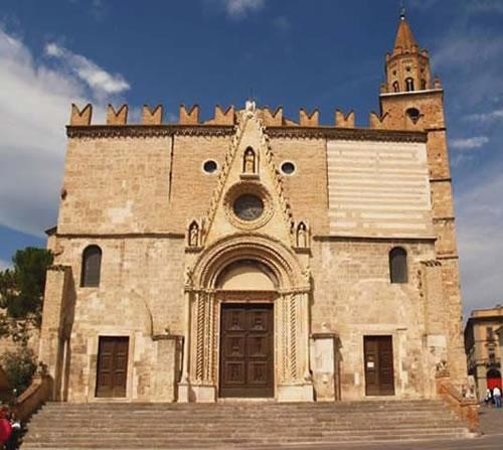 I've been to many Duomos in Italy and this one, the main Cathedral, in the heart of Teramo does not dissapoint. It is not always open to the public so it is best to check the hours. We happened to be in town at 7 pm and the doors were open. Like a lot of Italian Duomo's, this Cathedral has magnificent artwork throughout along with many statues. It also has a glass like front to the main altar which is differen from most cathedrals. The structure is very old in appearance but once you walk inside its magnificent. If you are in Teramo, it warrants a visit. 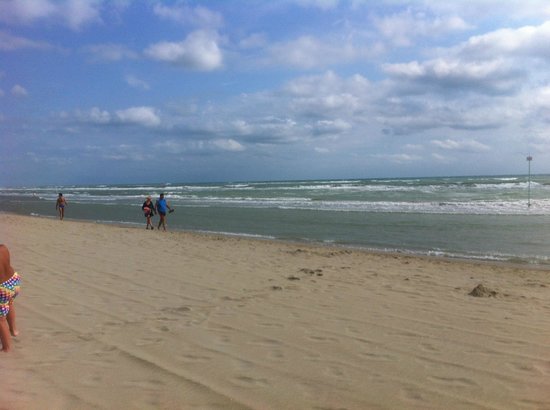 Reviewed By drewdraws2 - Leiden, The Netherlands

Tortoreto Lido is a quiet but lovely place to spend a summer vacation. Frequented almost exclusively by Italians, it is quiet, pretty, and accessible.
The Lungo Mare is as nice as any I've experienced on the Adriatic coast with many very nice "stabilimenti", several public beach areas, and plenty of family-friendly restaurants and activities in the evenings.
The beach is extremely wide and sandy and the water as warm and calm as a bath, making it a perfect place to swim and play with young children. It never feels overcrowded like Rimini or Senigalia, and its easygoing nature is accentuated by the Mountains which loom in the distance behind it.

Ok, we didn't really spend a lot of time here. But it is a nice park, paralleling the beach and the main road through town. In high season temperatures get way above 40°C (100°F). The ocean is a great way to cool down, but even under the umbrellas it gets hot after a while.
This place here offers some nice natural shade. Many locals around here. Some picknicking on some of the tables and some even laying on their beach towels. It's nice, clean and safe little park with beautiful trees. And also a good option for a stroll, if the street gets too hot for you (and maybe your pet). Surely a nice spot in this lovely beach town.
Wanna know more about me and my trips? Check my profile.