10 Things to Do in Northallerton That You Shouldn't Miss 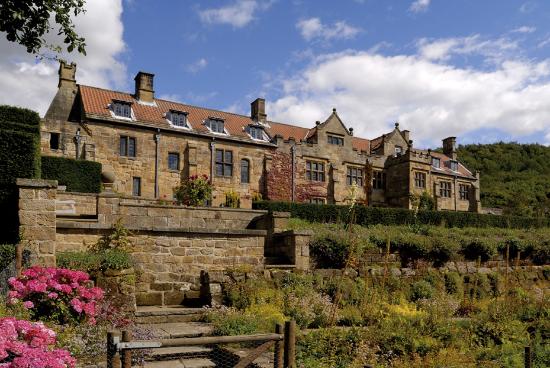 Just to the east of Northallerton, this property is accessed by a short trip onto the A19 dual carriageway. This requires a tricky right hand turn to a quiet lane up to the Priory. Interesting building, grounds and history. No cafe so make sure you take a flask
Return onto A19 south also a bit hair raising - it's a very fast road and no alternative. Shame after a peaceful time up at the Priory! 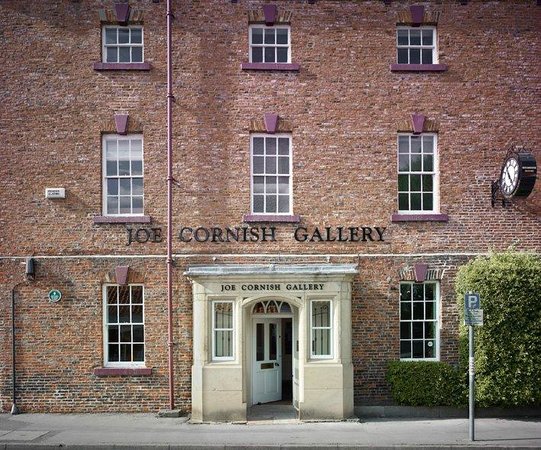 Gallery of world renowned fine art landscape photographer Joe Cornish. The Joe Cornish Gallery is located in the North Yorkshire county town of Northallerton on the edge of both the North York Moors and Yorkshire Dales National Parks. Built in 1736 to house the North Riding of Yorkshire Registry of Deeds, Grade II listed Register House is full of all the alcoves, nooks and crannies that you would expect of a building of the period. Set over two floors, Joe and his team have married the character of the building with a warm and welcoming feel and a desire to make the gallery and the art as accesible as possible. The gallery staff understand that buying art is a personal experience and are on hand to offer all the assistance and advice you may require. We are also members of Own Art, the Arts Council England Initiative which provides an interest free purchase scheme to make buying art, simple and affordable. The gallery holds a permanent exhibition of Joe's work as well as his print archive. After undertaking a long printing apprenticeship, Joe now handprints each photograph in his North Yorkshire studio. Printed from very high-resolution files and onto the latest matt papers to ensure the highest quality, they are then mounted with conservation grade, acid free board. Prints come in varying degrees of limited edition and are priced accordingly. In addition to Joe's work, the gallery also exhibits work by other photographers, artists and craftspeople ias well as hosting regular craft and photographic workshops and cultural events. Joe is keen to promote the cause of the community of nature photographers and to that end the gallery reflects a broad spectrum of work and provides a shop window for new and upcoming talent. The gallery's standing as a destination as much as an exhibition space is enhanced by a cafe serving locally sourced and freshly made food. A gallery shop selling prints, cards and work by local artists, designers and craftspeople completes the layout of the gallery building.

Lovely small gallery specialising in photography. Obviously a lot of Joe's own work in addition to regularly changing displays from other artists. As well as the main art being for sale there is a quirky little shop with interesting gifts.
Dogs welcome throughout gallery except the main cafe room but lots of alternative Seating within the gallery. Cafe is good for a light lunch or coffee and cake. 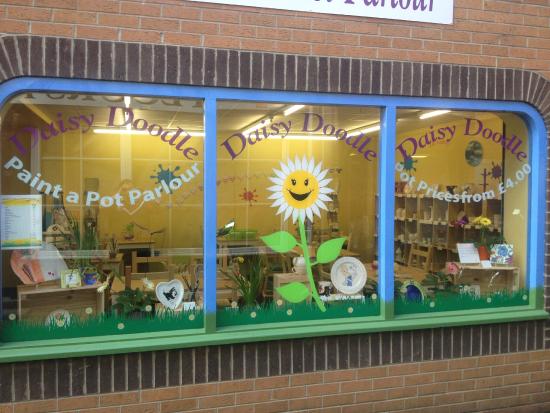 this little pottery painting place is great, a lot of people take children of all ages there, there is a huge choice of pots to paint and decorate, the prices are about average for this kind of thing - i think - but...... the drinks are awful and only snacks to eat - which is just as well..... as i asked for a latte and got a stong powdered coffee and at the end got charged £4 for it...... i didn't realise till i got home and so will have to go back and ask for a refund of some of this £4 - most places charge just over £2 for a proper ground coffee latte etc., it was not even nice tasting, but i was very dry. the young girl that works there is lovely though and very helpful and good with all the customers, her boss is not so friendly, i won't be going back except to collect our pots after they have been in the kiln and to ask for a refund, but if you want to try this craft or take the kids then it is quite nice, but just avoid the exorbitant prices for drinks and snacks..... more to follow maybe. 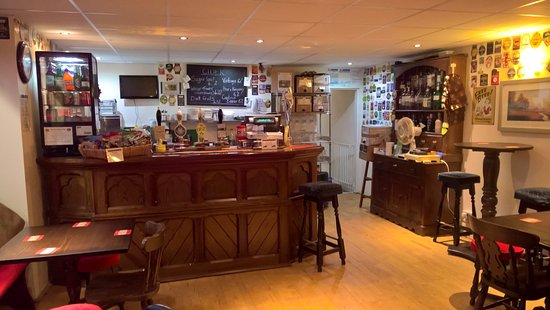 We are the Smallest Pub in the Village Serving 4 Cask Ales upto 7 Ciders, Wine and Spirits No TV, No WiFi or No Music Just Old Fashioned Conversation Runner up Scarborough Camra Rural Pub of The Year

What a delight this little "front room" pub is. They are constantly changing the beers so it is always interesting and you can have a 3 third glasses tasting tray.
There is plenty of choice in cider too.
The highlight for us was the range of fins and a choice of 5 different tonics. Seriously tasty and service always with a smile.
Our son tried the pies and claims them as delicious too. There is hot food available too, but not a wide choice as it is a small venue but great to have.
Their Facebook page is constantly updated which is a great way to check which beer are on and also for opening hours and forthcoming events.
It quite simply is the best little pub in Yorkshire. 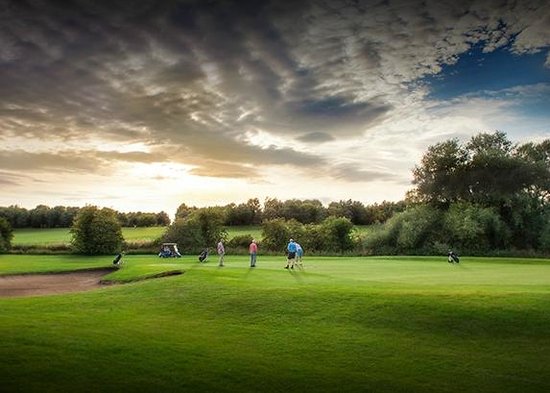 I played the course several times in late July. The course is challenging and in excellent condition. The automatic booking process is very easy.
The staff were helpful and efficient and I had prompt service even though a visiting party had put a big demand on the catering staff.
Definitely worth a visit. I will be back. 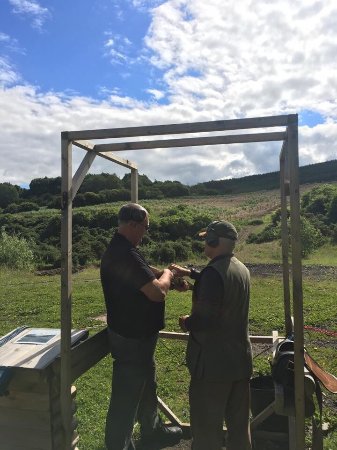 We welcome all to Thimbleby Shooting Ground. Although we offer lessons to people of all abilities, we welcome anyone with their own license to come and shoot unaccompanied. (Non-License holders are also welcome but must be accompanied by a license holder.) We operate a simple Promatic Claymate system which allows users to purchase clay credits from the clubhouse to simply pick and choose which stands and targets they wish to shoot until the credit is used up. The intelligent solo delay system even allows solo shooters to trap for themselves. We offer a wide range of sporting targets including high driven, springing teal, crossing partridge, bolting rabbit as well as a compact range next to the clubhouse. We have a simple colour coding system on each of our stands allowing you to assess the difficulty of each stand without ‘wasting clays’; Colours from friendly GREEN, to RED, to the more challenging BLACK targets. We have introduced an Air Rifle Range to Thimbleby Shooting Ground with a number of varied targets from knockdown targets, spinners, duelling trees and even some hidden exploding ones! This can offer hours of fun to people of all ages and abilities, we have both pre charged and springing air rifles to hire for those without their own gun.

A lot of variety for sporting clays. Professional set up with wireless traps so solo shooting is possible. set in a scenic location. Hold regular competitions and have coaching available. Do a good bacon Sandwich. 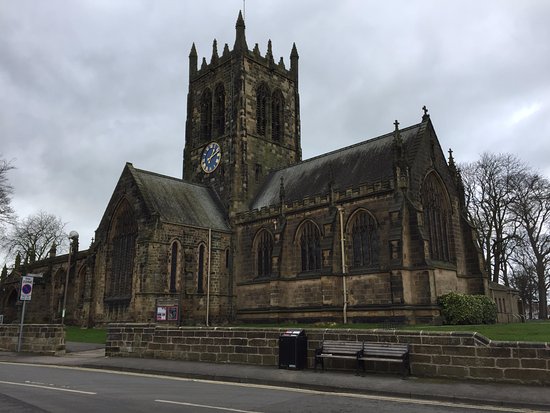 We visited Nothallerton and found this lovely church at the end of the main shopping street.
There was an open sign so we had a walk around the outside to look at the buildind and then went inside.
It felt very welcoming and there were some leaflets that gave more details of the history. It was great to walk inside at our own pace and see the light coming through the stained glass windows.
If you look closely you can see the mice on some of the furniture by Robert Thompson of Kilburn known as the “Mouseman”
A lovely church for visitors to see when in the area. 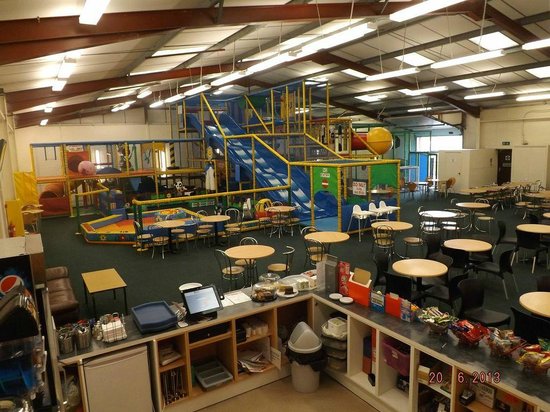 The tall ceilings of this substantial brick built building lend itself to our extensive play frames with fantastic star of the show 3 level 4 man wavy slide. There are extensive car parking spaces and public transport is available to the Industrial Estate.We have a stylish cafe serving proper coffee and home cooked food. Free WiFi is available for you. We now have the latest Laser Tag equipment in Northallerton.

It was a cold wet day and being a Saturday you generally get parties but the place was heaving and manic. The tables were all full and there wasn't much space. The kids enjoyed playing which was the main thing though it is starting to look a bit tired and the baskeball hoop was hanging off the wall and in need of repair. The staff are all very friendly and the coffee was Ok but it could do with a bit of a revamp. 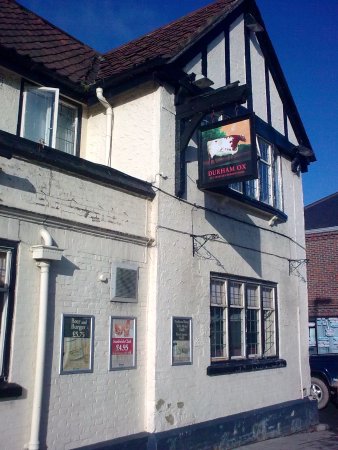 Having visited Northallerton numerous times over the last couple of years. We have found the Durham ox to be a nice friendly pub with reasonably priced food which we have tried on several occasions and it never lets you down. Friendly staff and a good atmosphere on a Saturday night (when we stay). Great beer garden at the rear Well worth a visit 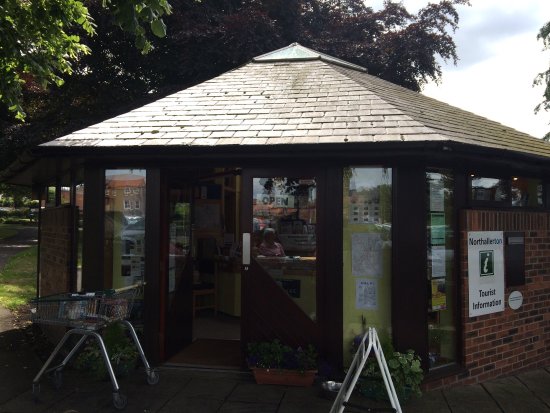 Arrived in Northallerton and headed for the Tourist Information Centre that is ideally located at the end of a large long stay car park. Really disappointed that they close from 31 October 2015 right up to 21 March 2016. Doesn't anyone visit Northallerton during the colder months? We had a look round but not knowing what there was to see we moved on to another location.