10 Things to Do in Naugatuck That You Shouldn't Miss

Naugatuck is a consolidated borough and town in New Haven County, Connecticut, United States. The town spans both sides of the Naugatuck River just south of Waterbury, and includes the communities of Union City on the east side of the river, which has its own post office, Straitsville on the southeast (along Route 63), and Millville on the west (along Rubber Avenue). As of the 2010 census, Naugatuck had a population of 31,862.
Restaurants in Naugatuck 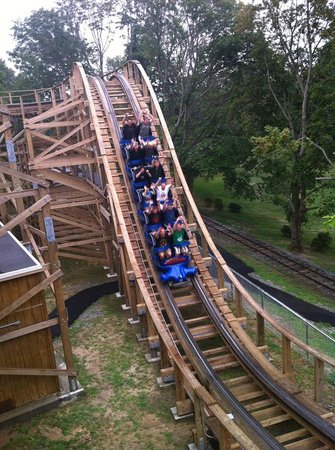 Reviewed By Sheila A - Hatfield, Massachusetts

Visited Quassy to ride Wooden Warrior many, many times. And we did. We rode in all the seats and had a great time. We also enjoyed many other rides in the park, including the free fall, paratrooper, bumper cars and more. This is a great...MoreThank you for the review and comments. Glad you enjoyed the day and got to ride Wooden Warrior numerous times. Please visit again.

A beautiful spot to view the autumn foliage.

I've been heading out to the Sleeping Giant near New Haven in Connecticut for the past few years. It's a great place to walk and hike, and if you want it a little tougher, you can veer off the prepared routes and make the going as tough as you like. Just make sure you're wearing some sturdy shoes. There are plenty of steep inclines, and a wonderful old quarry to rummage around. You can spend hours (days) exploring this massive nature reserve with its very own micro-climate. I just wish that the people who take their dogs in there would adhere to the regulations and keep them on the leash. Regardless of where you go these days, you come across selfish, irresponsible, ignorant people who think that rules and regulations don't apply to them. This is especially the case in the USA where so many people believe that they have the right to do whatever they want, regardless of the law. They ruin it for the rest of us. Cycling is also not allowed in the Sleeping Giant, but people do it anyway. Shame on them!

Love the old barn and the artwork. Nice to have a little tour of them, sharing what each one is. The wine was enjoyable, one red and one white. 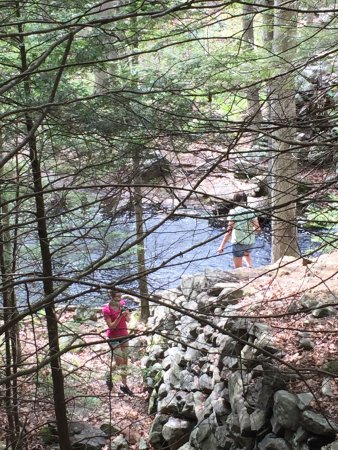 Really nice place for a short hike with waterfall and covered bridge! You can grab some very nice photo-ops with this state park! 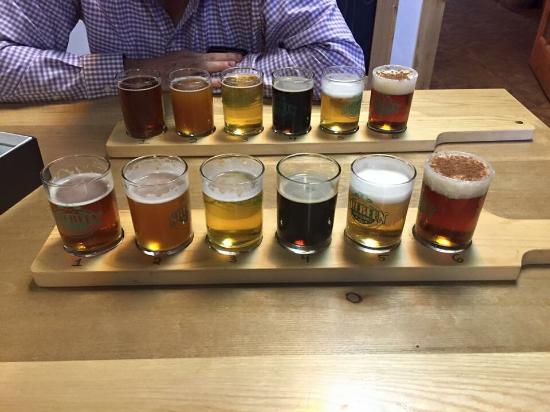 Our goal is to sample every microbrewery in the state of Ct. so we visited Shebeen yesterday and sampled their IPA's and Honey Ale. We were impressed with the beers but equally impressed by their knowledgeable and helpful staff. Unfortunately our motorcycle broke down in their lot. All of the staff and clients came to our rescue; we greatly appreciate it! I must admit while my husband was trying to get the bike working I sat on the front porch rocking and sipping away! Thanks to all; we shall return! 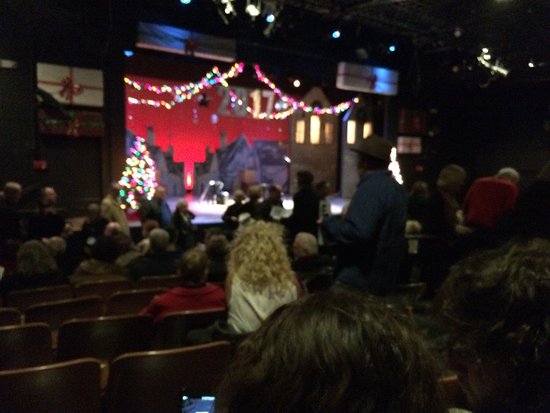 Both my husband and I were completely impressed by the level of performance we were treated to. From the talent of the performers to the excellent musical accompaniment, to the costumes...all were excellent. For those who have not visited Seven Angels, I would strongly urge you to support this wonderful artistic venue that we in the Waterbury area are so fortunate to have!

We've been to the brewery twice so far and each time the beers have been very good and definitely unusual. The place brews sour beers so as long as you enjoy sours and/or enjoy trying something different then this place is for you. The place is state of the art - one of the nicer breweries we've been to (definitely one of the nicest in CT). It didn't state on the website if you could bring your own food in, but while we were there people were eating so it looks like it's okay to do. The place is large with a bar seating area and a bunch of tables to sit at. The prices are higher than normal breweries, so just bare that in mind. We did a tasting of seven beers and it came to $17.50. They charge per tasting glass, so if one of the beers doesn't interest you - just skip it. The beers yesterday were all higher ABV so two people splitting one flight was more than enough.

Pretzels and chips were available for purchase as well as growler fills and guest bottles they have on hand. 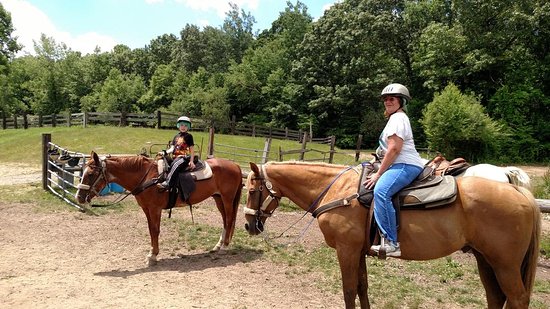 An excellent place to learn how to ride a horse. I first came to this stable when I was a young teenager (yeah, probably about 40 years ...). It hasn't changed very much. Located in Prospect on the back side of Holiday Hill.

I brought my grandson for his first horseback riding experience. Our leader was very knowledgeable and took time to make sure that my grandson was comfortable in the saddle and that he understood how to use the reins to steer the horse. Being cautious of my grandson's age (8) we kept to a walk or an occasional trot since some of the paths were on the rocky side.

Thank you Patty for allowing my grandson to experience this!! It definitely made his day.

Note: It's probably best not to take a purse or any kind of baggage, although a fanny-pack would probably work. If you want a picture of yourself on a horse you can always ask the crew, they'll be more than happy to accommodate.

Clothing: I would suggest long pants, long sleeves or a t-shirt and jeans. Don't forget that flies love to buzz around the horses and a bite from a horsefly hurts!! No open-toed shoes or flip flops. There's a reason cowboys wear boots!!

Price: $50 per hour
Reservation: Call Patty at least one day in advance

Lessons: Yes they do have horse back riding lessons available for young children. Talk to Patty.

What an awesome find! Patti’s Paintbrush is a treasure trove waiting to be found! Tucked away on the second floor, this shop is well worth the climb up colorfully painted stairs (which are a small taste of Patti’s far ranging artistic powers). Once upstairs you’ll find a beautiful selection of one of a kind, handmade pieces - both crafted and curated by the owner. The space is cozy, but I was amazed at the wide selection of items creatively tucked in every corner. You’ll find jewelry, pottery, paintings, furniture and more. There really is something for everyone! I picked out several pottery pieces that look amazing in my new home, there are plenty of items to fill a fishing lodge or man cave - you may even find that crowning piece of jewelery you’ve been looking for to complete your look. This is a great place to find something for that hard to shop for person on your Christmas list this year.

Definitely worth checking out! 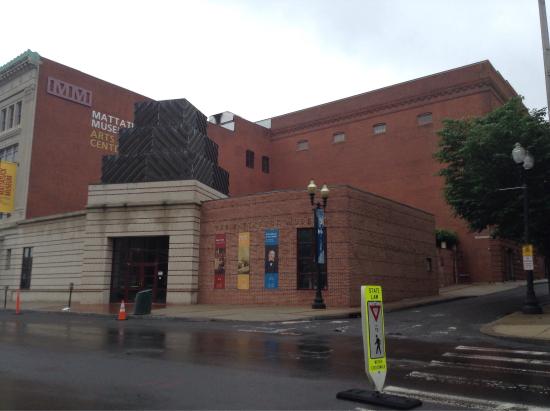 The Mattatuck Museum was established as the Mattatuck Historical Society in 1877 to preserve the history of that part of Connecticut "anciently known as Mattatuck" - roughly the ten town region surrounding present-day Waterbury. In 1984, the Museum purchased its current building, a former Masonic Temple, and engaged noted architect Cesar Pelli to transform the 75,000 square-foot building into the Museum. The Museum’s collections and special exhibitions help us to tell the stories of our community in partnership with neighborhood associations, ethnic organizations and regional manufacturing groups. Our art galleries display the work of American masters such as Frederic Church and John Frederick Kensett; Joseph and Anni Albers; Cleve Gray and Alexander Calder. We also present numerous changing exhibitions each year. The Museum is also home to a button gallery displaying 10,000 miniature works of art collected from around the globe.

Extensive history of Waterbury, including artifacts. Understand that Waterbury's grade school students come to the museum each year. Have a small but rotating painting-sculpture collection. Each year seem to have a 'big name' artist exhibit. Web site also has children/family events. Don't rush through it.