10 Things to Do in Merriam That You Shouldn't Miss

Merriam /ˈmɛriəm/ is a city in Johnson County, Kansas, United States, and part of the Kansas City Metropolitan Area. As of the 2010 census, the city population was 11,003. It is bordered by the cities of Overland Park to the east and south, Shawnee to the west, and Kansas City, Kansas to the north (in Wyandotte County); the city of Lenexa is less than a mile to the southwest. Merriam is included in the Shawnee Mission postal designation.
Restaurants in Merriam 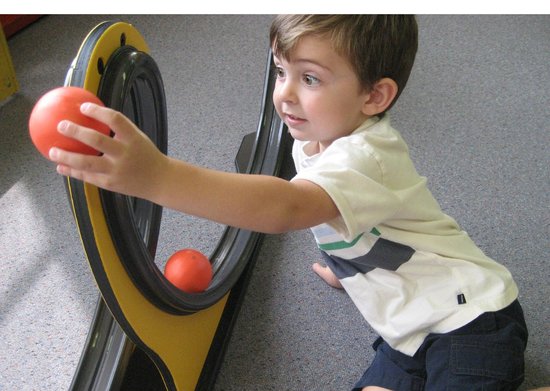 Wonderscope Children's Museum of Kansas City sparks a lifelong love of learning through the power of play. Wonderscope is a family-friendly place full of imaginative, interactive exhibits and programs where young children and adults can explore and discover the adventure of learning together.

This is a great place if you need to let a toddler run wild for a few hours; be prepared for the kids to get wet, and messy as there is a room they can use paints! 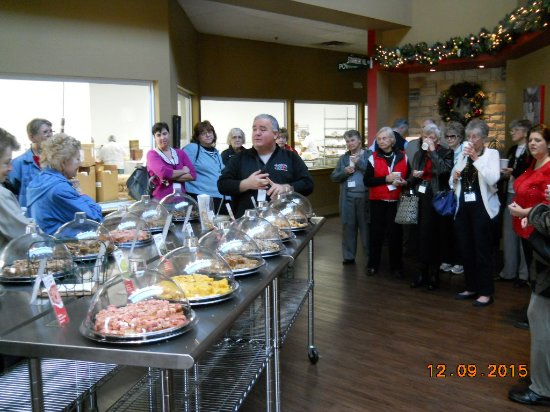 A long time treat in Eastern Europe during the holidays is Povitica. This a holiday bread, baked like a coffee cake. Povitica is the word used in Croatia for this wonderful treat. ( The Serbians, Slovenians and Poles all have something similar.) In Kansas City there is an area called Strawberry Hill. For the last hundred years it has primarily been populated by Croatians. This treat is baked in many flavors; Black Walnut, Apple Cinnamon, Chocolate, English Walnut just name a few. The bakery is run by the same family since it began. Now located in Merriam. They welcome visitors , give bakery tours and have a large sample area to taste the many varieties. These make wonderful gifts .
I highly recommend a visit and the chance to sample the many varieties available . 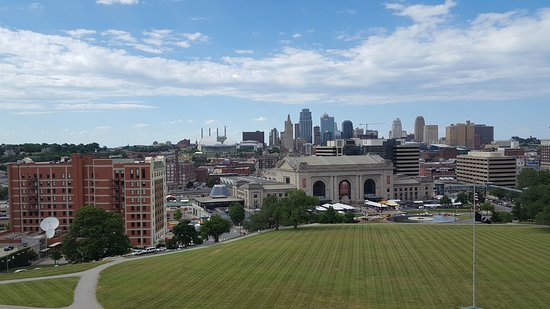 The National World War I Museum and Memorial is America's leading institution dedicated to remembering, interpreting and understanding the Great War and its enduring impact on the global community. The Museum holds the most comprehensive collection of World War I objects and documents in the world and is the second-oldest public museum dedicated to preserving the objects, history and experiences of the war. The Museum takes visitors of all ages on an epic journey through a transformative period and shares deeply personal stories of courage, honor, patriotism and sacrifice. Designated by Congress as America's official World War I Museum and Memorial and located in downtown Kansas City, Mo., the National World War I Museum and Memorial inspires thought, dialogue and learning to make the experiences of the Great War era meaningful and relevant for present and future generations.

This is a great museum and very well curated. It really is two parts. The inside museum which is excellent and the actual outside memorial which is impressive and if you have not been to Kansas City before, the view of the city is great. This is a must see if you visit Kansas City. parking can be a little tough on the loop road in front of the museum, but it is a nice walk if you can't find a spot. Don't miss the café, great food, wonderful personal service 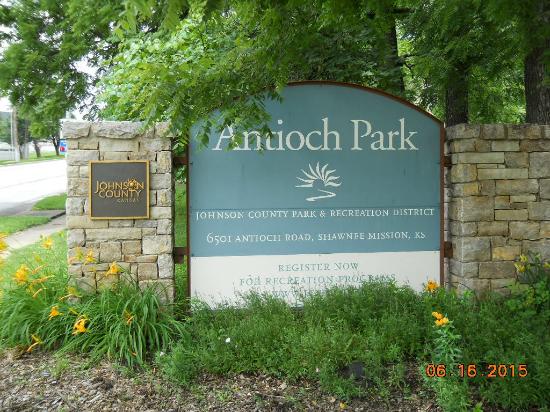 My mom and I happened upon Antioch Park on a Sunday morning while waiting for stores to open. The walking trails around the little lake were great and it was fun watching the ducks, geese, turtles, and frogs. The area for children looks very fun. It is a wonderful place to take a walk, relax, and enjoy nature.

5. The Nelson-Atkins Museum of Art

Drop in for an hour, come for lunch, or spend the entire day wandering through world-class galleries. The Nelson-Atkins Museum of Art is the cultural jewel of Kansas City and just three blocks from the Country Club Plaza, and admission is free. The Nelson-Atkins, recognized as one of America’s finest art museums, strives to be the place where the power of art engages the spirit of community. With 40,000 works of art, the Nelson-Atkins is best known for its new Bloch Galleries, featuring Impressionist and Post-Impressionist art, plus its Asian art, photography, American paintings, American Indian and Egyptian galleries. The Donald J. Hall Sculpture Park, a beautiful setting for a walk or picnic, is an oasis in the city and home to notable sculptures.

We chose to visit the Nelson-Atkins Museum because they were hosting an exhibit entitled “Through the Eyes of Picasso.” The exhibit examined Picasso’s influence by and use of African and other aboriginal images, especially tribal masks. In some cases, a specific mask was shown alongside a Picasso painting, making it undeniable that this was the source. We began to think about some of Picasso’s works that were already familiar to us and suddenly began to see the aboriginal influence. It was a terrific exhibit that will forever inform our appreciation of the works of one of our favorite artists.

The museum also had a Chinese exhibit called “Dreams of the Kings,” a collection of art and other items from the Han Dynasty, including an entire full-body suit of jade. It took about 90 minutes to see both exhibits and take the requisite photos outside by the giant shuttlecocks. 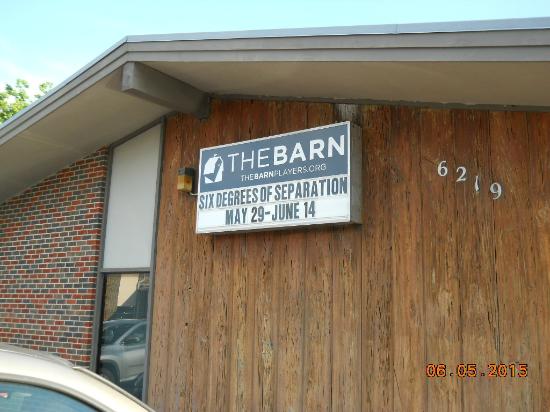 Great play with a large cast. The actors they find for their productions are very talented. Many of them have been in more than one play there. It was cold outside last night and the roof in the building is high so they offer blankets in case you get chilly. I didn't know the songs but the cast was outstanding and brought them to life. We recommend and will be back. 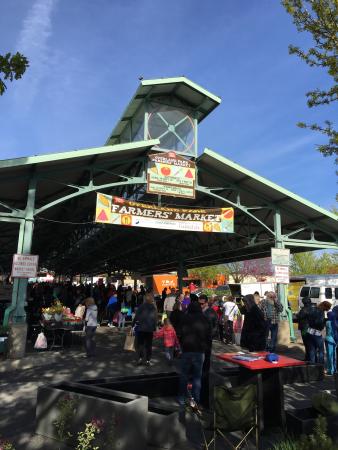 Fun place to go to buy fresh produce, plants, flowers and more. The prices aren't cheap, but you are supporting local folks, so that makes it ok. It can get pretty crowded. Also, good idea to take canvas bag to carry stuff 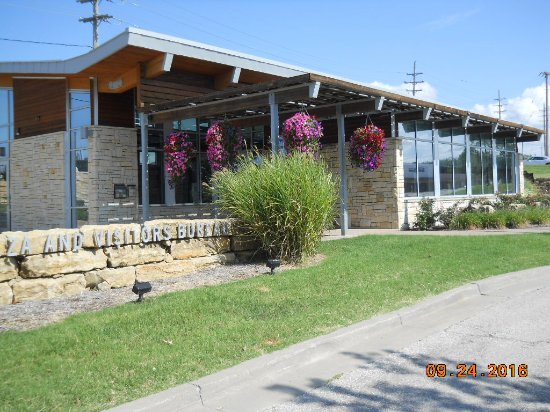 Saw it listed in a brochure and stopped by to check it out. We live in the next city and were interested to find out more about Merriam. They have outdoor walking stops and inside a pictorial of the history of the area. We had no idea that the city was originally named differently. It is worth the time and they have a short video of how the city came to be. 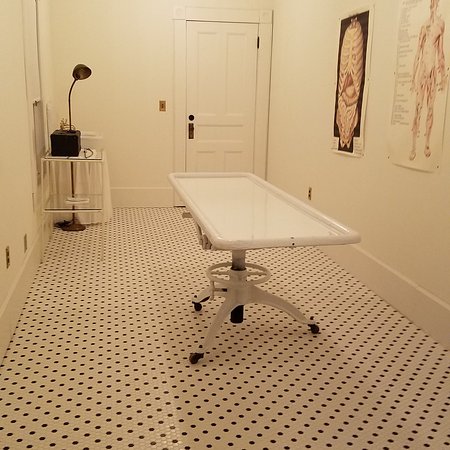 Came here for a museum conference and was amazed at the love, care and detail that has gone into redeveloping this historic site. Set in the year 1929, the town features a truck farm, General store, funeral parlor, Barber Shop, school, typewriter repair shop and more. Also has a roaring twenties "speak easy" styled hall for weddings, parties and meetings. A great step into the more recent past. 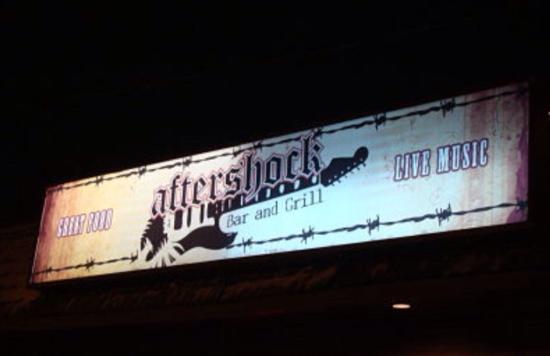 This is a fairly small, almost dive bar type of music venue. I suppose one could call it intimate, but it felt a little seedier than that to me. Overall, not a bad place to catch a show, and they do bring in some nationally know bands from time to time. The one GOOD thing about them, is they are a big supporter of local talent.

I rate this as average, only because there is nothing exceptional about them.

Pretty well lit, in a mostly safe area of town. If a band you like is playing there, I would recommend you go see them