10 Things to Do in Bedford That You Shouldn't Miss

Bedford is an incorporated town and former independent city located within Bedford County in the U.S. state of Virginia. It serves as the county seat of Bedford County. As of the 2010 census, the population was 6,222. It is part of the Lynchburg Metropolitan Statistical Area.
Restaurants in Bedford The National D-Day Memorial is located in Bedford, Virginia - the community suffering the highest per capita D-Day losses in the nation. The Memorial honors the Allied forces that participated in the invasion of Normandy on June 6, 1944 during World War II. With its stylized English Garden, haunting invasion tableau, and striking Victory Plaza, the Memorial stands as a powerful permanent tribute to the valor, fidelity, and sacrifice of D-Day participants. The Memorial is encompassed by the names of the 4,413 Allied soldiers who died in the invasion, the most complete list of its kind anywhere in the world. Visitors can expect both an educational experience as well as an emotional one, as they walk the grounds at the Memorial and leave with a clear understanding of the scale and sacrifices made during the largest amphibious landing the world has ever seen. On June 6, 1944, 150,000 Allied troops landed along a 50-mile stretch of heavily-fortified French coastline to fight Nazi Germany on the beaches of Normandy, France. General Dwight D. Eisenhower called the operation a crusade in which "we will accept nothing less than full victory." More than 5,000 ships and 11,000 aircraft supported the invasion, and by day's end, the Allies gained a foot-hold in France. The D-Day cost was high with more than 9,000 Allied soldiers killed or wounded as the march across Europe to defeat Hitler began.

June 6, 19044 will be a date no American should forget if they are the age of 40. The names of every American, British, Canadian & French soldiers killed on the beaches are listed on a wall a short walk from the Overlord Arch. One wall includes the U.S. & British airborne troops & the U.S. naval ships that supported the landing force. These are battleships-Nevada, Texas, & Arkansas, cruiser-Augusta & destroyer-Rick.

There is a small version of the Atlantic Wall, with under water obstructions such as the heddhog that could rip out the hull of a Higgens landing craft. To simulate machine gun bullets striking the water, are under water air jets forcing water into the air. In front Atlantic Wall is the recreation of the climbing/storming of Pointe-du-Hoc cliffs. A small exhibit is a L-3 "Grasshopper" observation aircraft.

The Arch of Overlord stands just behind the storming of Pointe-du-Hoc. Behind the Arch are the 12 nations that took part in the landing or supported in some mannor.

Tour tickets can be purchased at the Bed Visitor Center or on site. My tour lasted about one hour & 15 minutes starting at 10:30. Tours start every half hour. What surprised me was the small number-about 30- in the tour. Possibly the time of day was a factor. After the guide tour, I did a self-tour, being able to photograph at a slower and not having a group in my way.

Plenty of free parking & gift shop. The only other WW11 site that equals this memorial is the National Mall WW 11 Memorial in Washington D.C.

A visit is highly recommended. 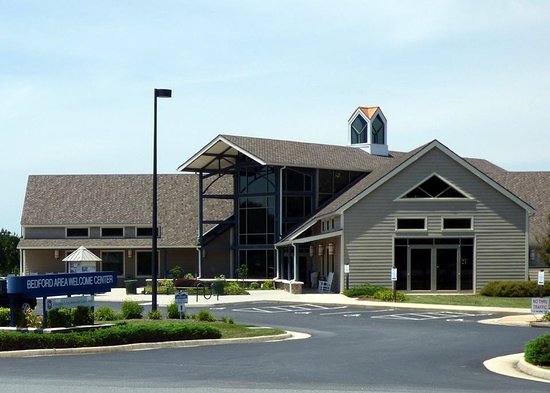 Start every visit to Bedford at the Bedford Area Welcome Center! Offering free Wi-Fi, coffee, publications, information, maps, restrooms, picnic area, and a gift store featuring many unique and local items. National D-Day Memorial tickets are sold inside the Welcome Center. A 1927 Seagrave fire truck is showcased in the Fireman’s Exhibit, also part of the Welcome Center. And starting in May 2017, the Welcome Center will be home to Bedford’s first set of LOVE letters! The Welcome Center is located at 816 Burks Hill Road, Bedford, VA 24523, at the intersection of Route 460 and Route 122. Our hours of operation are January thru December 9:00am to 5:00pm. seven days a week. The Center is closed on Thanksgiving, Christmas and New Year’s Day. The building, with large expanses of glass orientated to absorb views of the Peaks of Otter and the National D-Day Memorial, were paramount issues in the design process. Exhibits within the Welcome Center showcase the area’s many attractions and amenities as well its commerce and vision for the future. Exterior features that make up the rustic flavor of the Center include covered porches, clapboard siding, shadow casting shingles, a decorative cupola, picnic area and terraces. The building is fully accessible and parking provides spaces for the disabled as well as motor coaches and campers.

Everyone at the welcome center is so welcoming and friendly. Wanted to know where we were from and be sure to sign the guest book. There is also a tiny theater will you can see a movie on the D-Day invasion. Also all kinds of...MoreThank you for visiting and for your kind review! Please come back and visit again sometime. 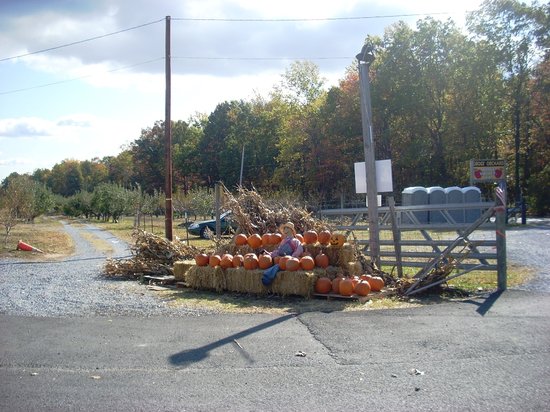 I love visiting this orchard, and I come several times every year during peach and apple season. My husband and I found this place 30 years ago while driving around with our children, and it has become a family tradition ever since.

The family that owns and runs this orchard are so friendly. Mr. Gross knows his produce, and he can tell you about every apple or peach he sells. If you still have reservations about which fruit to purchase, he usually responds by handing you one to "taste test." Amazingly, people seem not to take advantage of him. He has an excellent reputation in the community, and people respect his honesty. 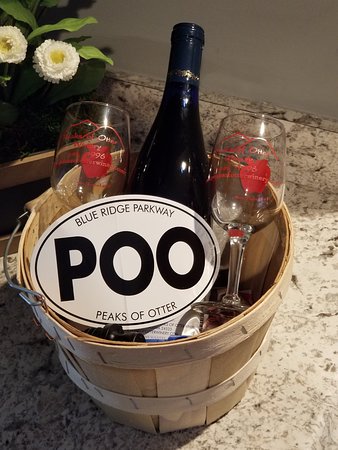 My wife and I went here an had an excellent time! My wife did the wine tasting and found one that she really liked. The young lady who did the servicing was outstanding! She was funny, friendly and made everyone feel like family... The Johnson Family has done wonderful job here. We were told that pretty much everyone working here is part of the family and there were several generations represented. The décor and grounds are beautifully done. The entire experience was just plain fun and I don't even drink! I did buy some Blueberry Butter and some Jellies. We also bought some of the salted peanuts which were excellent (and also gone the first day) and a Jalapeno sauce that is so good I wish I would have bought more than one! We highly recommend you visit here if you enjoy wine, fun and family, you won't be disappointed!!! 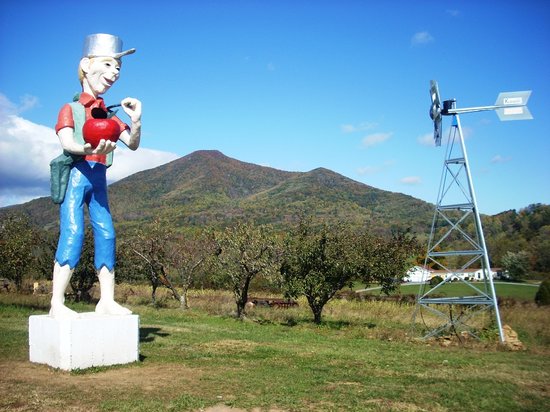 Not your typical winery but definitely a fun place, and some different and fun fruit wines. One in particular the Kiss of the Devil....oh boy was it hot(spicy) but had to try it.

Reviewed By William A. K - Bedford

Being new to the town............you can feel the vigor to grow with new business opening in the surrounding areas. For one, at the corner of Main & Bridge St. you'll find DOC FOGSMITH'S VAPORIUM, which is new to the area with a additional shops in the town of Moneta, Va.
Electronic cigarettes, is the new way to kick the habit of cigarette smoking............I call it NICOTINE THERAPY. There's Bed & Breakfast operations..........along with open air kitchens, right on Main Street. 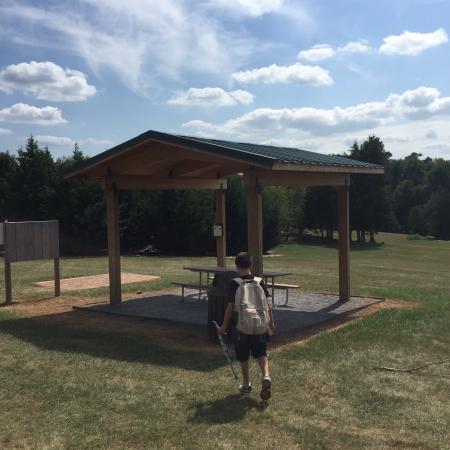 Located conveniently off Highway 460, this new park is dynamite! There are tons of trails for biking, a fun disc golf course, a nice playground and plenty of picnic tables. My family really enjoyed hanging out at this park as part of our Memorial Day weekend.

It is a little tricky to find the park so keep your eyes posted for the signs. The road is across the street from the Sherriff''s office. 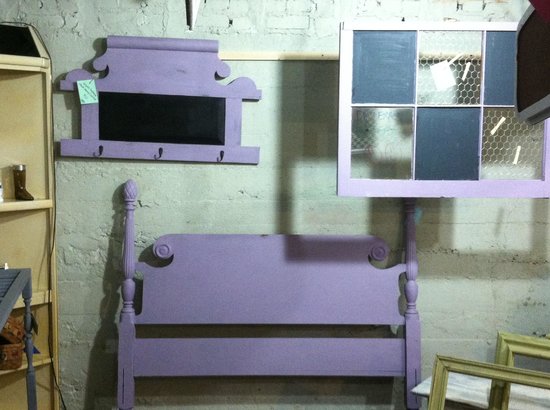 Bell Treasures is truly the best kept secret in Bedford when it comes to shopping for antiques and one-of-a-kind items. My husband and I stopped in to look around and couldn't believe the selection of new and old, vintage and antique items. The basement goes on and on and we had no trouble finding some really cool antiques for a great price. The shop owners were really nice and extremely helpful. 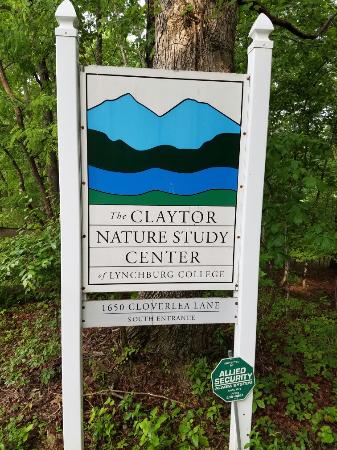 Reviewed By William A. K - Bedford

Too much to describe. Words can't describe this hidden gem of history, this is a must see nature tour of a families life and kindness that has been left for to experience. On the grounds, you'll find a working observatory, which open on Friday to star gaze. The facilities are opened Monday through Friday for tours from 8:00 am to 5:00 pm.(schuleing would be needed).......for tours of the grounds & home.

Great views of The Peaks of Otter, many walking trails and tremendous English gardens to enjoy. This facility is gift left by the Claytor Family for all to remember the beauty to be found in the Bedford County.
Take time to arrange a tour,....it will be time we'll invested in our culture. You'll leave the grounds, with great appreciation of the Claytor Family. 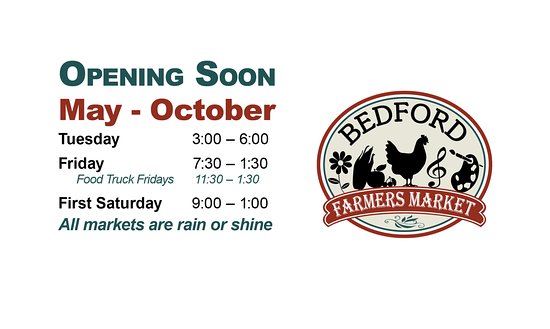 Tuesday afternoons has a selection of produce and crafts. Every Friday is a great place for lunch, with a variety of changing vendors. First Saturday of the month live music, kids activities and lots of crafts, in addition to the produce.Thanks