10 Things to Do in Arnstadt That You Shouldn't Miss

Arnstadt (German pronunciation: [ˈarnʃtat] ( listen)) is a town in Ilm-Kreis, Thuringia, Germany, on the river Gera about 20 kilometres south of Erfurt, the capital of Thuringia. Arnstadt is one of the oldest towns in Thuringia, and has a well-preserved historic centre with a partially preserved town wall. The town is nicknamed Das Tor zum Thüringer Wald ("The Gateway to the Thuringian Forest") because of its location on the northern edge of that forest. Arnstadt has a population of some 25,000. The city centre is on the west side of Gera. The municipality comprises four "villages": Angelhausen–Oberndorf, Dosdorf–Espenfeld, Rudisleben, and Siegelbach. The neighbouring municipalities are Wachsenburggemeinde, Kirchheim, Alkersleben, thorn Home, Wipfratal, Plaue and Gossel.
Restaurants in Arnstadt 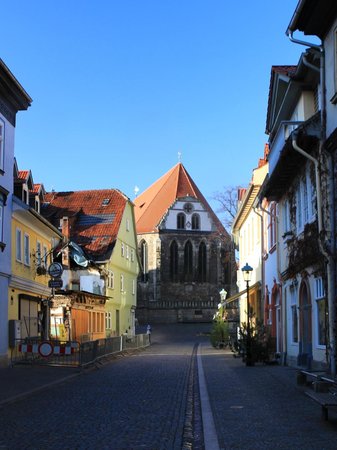 Once called the Neuekirche, this church was renamed after Bach in honor of the composer's incredible popularity in this town.

Had Bach not played at the church, it would be just another small church with a splendid old organ. What you see is not what Bach saw. A century after Bach's time, the church interior had a massive make-over. It now serves as a concert hall with good acoustics and poor lines of sight. You can see about half of the players from almost any seat in the house. If you are in Arnstadt, certainly take the tour - which in itself is not very good. 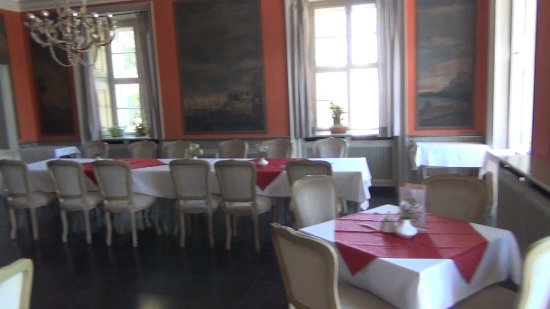 An old-fashioned bridge and street lined with pretty houses dating back to the Renaissance.

It was build 1325. That is the most impressive but that is not what you feel. It's houses and shops on the bridge with nothing special to see. To see the bridge october 17 from the outside was a dissapointment as it was a lot of Constructions ongoing. 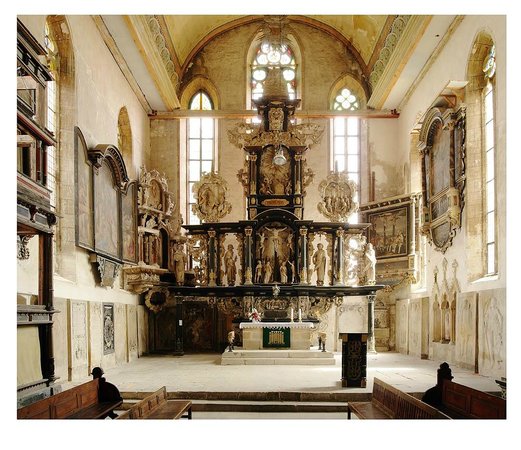 When the francescan monks arrived in the thuringian area in the 1230s, they preferred locations within the villages, offering pastoral care to the poor. Their churches were big, but simple: four walls, a roof, no columns, not even a tower (the tower of this church was addet in the 15th century). After they had to leave in 1538, Arnstadt becoming prothestantic, the church was furnished with interieurs of dutch renaissance, a wonderful gallery of illustrated bible scenes, a painting of Franz Floris and an huge altar of the sculptor Burchard Roehl.
Until 2011, the churches walls were left unrestored with an enchanting side by side of medieval paintings (or rests of them), renaissance interiors, 19th century ornaments, historic wall scratchings and tracks of decay. Unfortunatly (not to say unbelievable) the local authorities decided to prepare the Oberkirche for the 2017 Martin Luther celebrations and gave it a fresh paint, hiding many tracks of history.
Nevertheless the church is a must for all Arnstadt visitors. Since 2009 it is part of the annual Bach:Sommer early music festival of Joshua Rifkin every second weekend in august. It is open only saturday and sunday from 11 am until 3 pm. 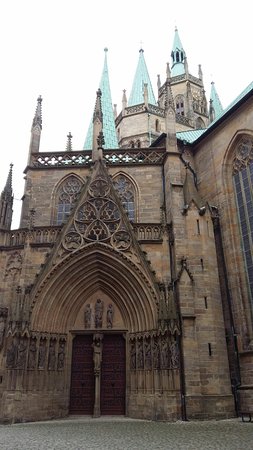 I was surprised by the size of this Cathedral from th eputside, where it towers above the square. The windows around the alter are stunning. 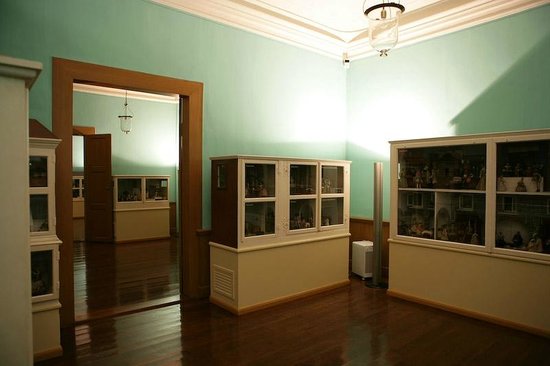 We came with a group to see the Bach memorabilia upstairs, including a fascinating display of the original and later organ consoles. We were made very welcome by the well informed guide who compensated for the lack of multilingual labelling by giving us a separate commentary in fluent English. She was excellent and also gave us a brief view of the dolls and porcelain collection - both exceptional. Sadly, her best efforts to promote the town and the museum were then undermined when we returned for a more leisurely look. We were shadowed closely by two sombre minders who seemed to regard us with deep suspicion and were quick to forbid photography. I sympathise with the need to avoid the use of flash which might damage sensitive fabrics, although surely not porcelain. But why no non-flash photography? It seemed wholly unnecessary. 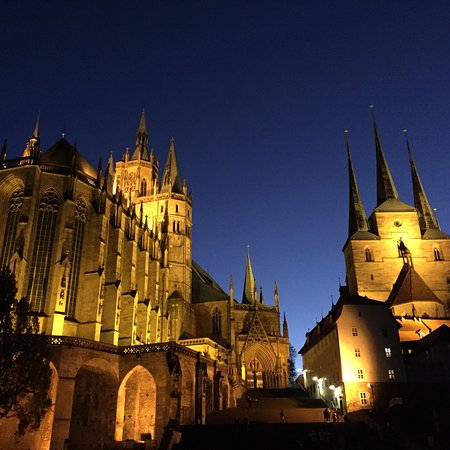 You'll fin here lots of restaurants, markets of various kind, including the one for Christmas, but also festivals. If nothing is going on, you can just enjoy the view of the Dom and take pictures. 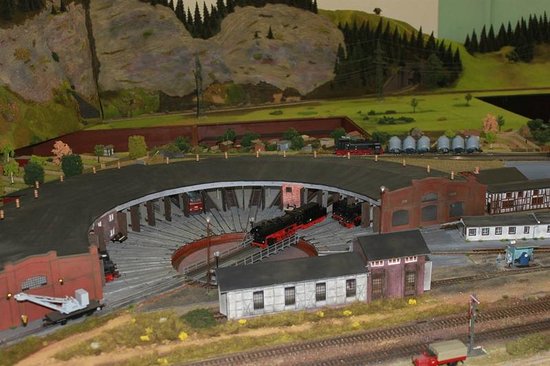 So much to see, at least 40 steam locos. All are easily accessible, good facilities for the family. Children friendly, safe, even enjoyable on a rainy day. Nothing that we did not like, even good for non-train buffs. 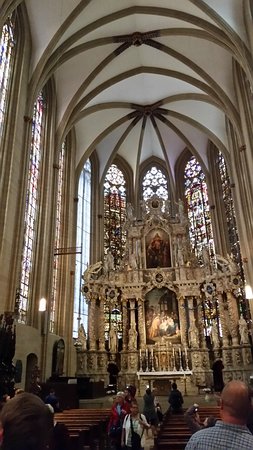 up on the hill, once you climb up the staircase which has wide steps, you will see two Catholic Churches On the left is St. Marien Dom and on the right St. Severi Kirche, both Churches are plain but have character and are worth visiting, 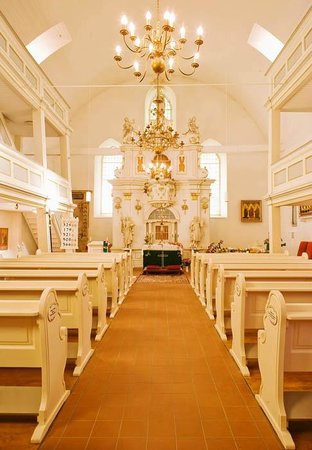 The church, where JSB married Maria Barbara, daughter of the composer Johann Michael Bach, on october 17th in 1707, is run and restored by a nonprofit association, founded by some courageous Dornheim citizens. It is one of the many baroque churches in this region, with romanic fundaments and walls like the most of them. There are some really beautiful paintings, an impressive crucifix and two altars in it, all of the 15th century, and the original kneeler of this wedding day over 300 years ago. At least so we were told. For our taste, the churches guide was a little bit too much inspired by the mysticism of numbers and dates. Nevertheless a must for every Bach maniac. The church is theater for baroque music Concerts and festivals like the Thüringer Bachwochen. If you like this church, visit also the tiny but fantastic church of Alkersleben, which is the next village.